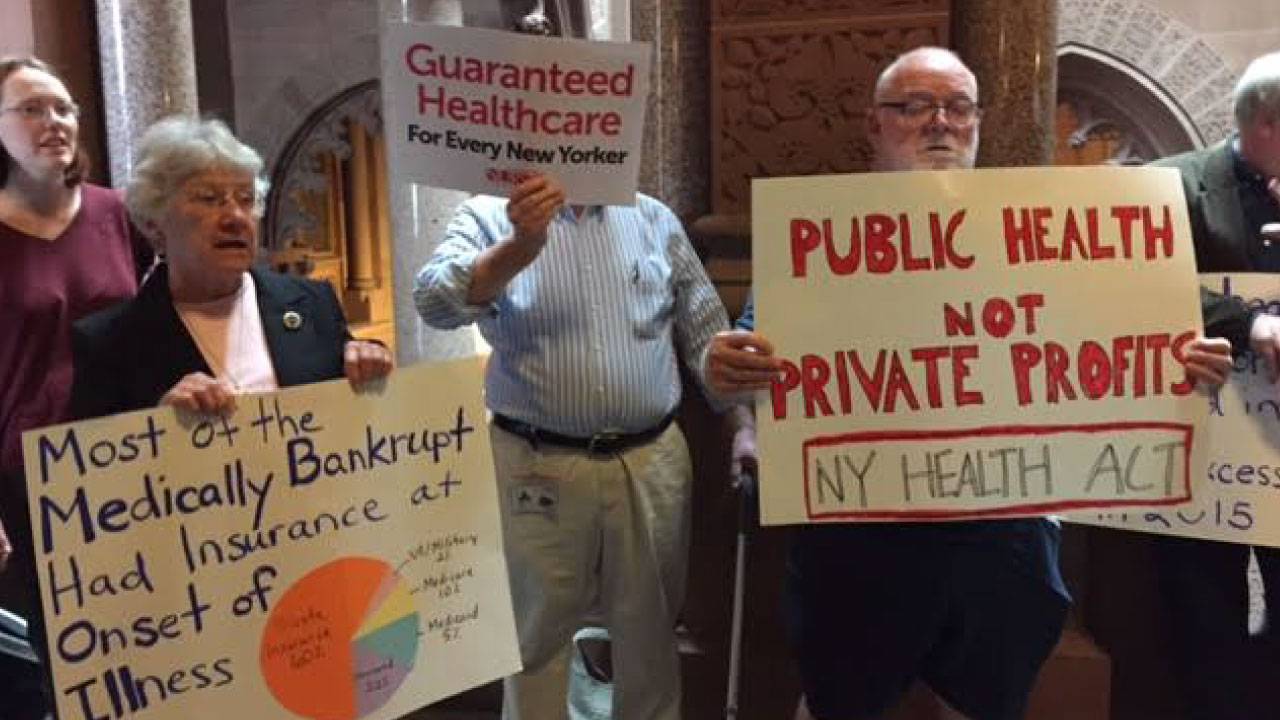 Faith leaders from around New York came to the Capitol to gain support in the state Senate to adopt a statewide single payer health care system. It would be an alternative to the national Affordable Care Act, also known as Obamacare, which Republicans in Congress and President Trump have been trying to dismantle.

A New York based, single payer health care program has been approved numerous times in the State Assembly. Assemblyman Phil Steck, who represents portions of Albany and Schenectady, and is one of the bill’s most staunch supporters, says it would simply build on the existing Medicare system for Americans 65 and older.

“This bill just extends that system to the entire population,” Steck said, when the bill was passed in the Assembly on May 16th.

The idea seems straightforward, but supporters say they know there would be challenges to implementing a statewide single payer plan. Reverend Emily McNeill, director of the Labor Religion Coalition of New York, says it is achievable, though.

She admits it’s a “big change”, but says the system of how health care is provided in the state would not change, only the way that doctors bill for services. Health care providers would send bills to the state’s health care system, instead of numerous insurance companies.

Reverend McNeill and a couple of dozen supporters demonstrated outside the Senate chambers, where they say they now have 30 Senators signed on as cosponsors. Just two more are needed to reach a majority in the chamber. They presented a letter signed by 270 faith leaders.

“We minister to people when they are sick and when they are dying,” McNeill said. “And so we know very deeply the consequences of taking away health care.”

She says one and half million New Yorkers currently are without health insurance. If Obamacare is repealed, under the plan approved by the Republican led House of Representatives, an estimated two point seven million more would lose their health care. She says there could be an estimated 4000 unnecessary deaths in New York as a result.

The push came on a day when the results of a special election were all but certain to elect a Democrat to a vacant Senate seat, which would likely increase the number of sponsors on the single payer bill to 31. Backers would need to convince the one remaining Democrat in the Senate who has not backed the measure, or a Republican Senator, to sign on.

The Republicans are ultimately in charge of the Senate chamber, and without any of their members supporting the measure, it’s unlikely that the bill would come to the floor for a vote anytime soon.

Critics say single payer health care in New York would be too costly and burdensome to taxpayers.