Only debate of 2014 Governor's race

Four of the candidates running for Governor of New York will be participating in a debate shown on public television. Watch the full debate above.

Democrat Andrew Cuomo, Republican Rob Astorino, Green Party candidate Howie Hawkins and the Libertarian Party’s Michael McDermott will appear together  in the one hour debate,  the only televised candidate contest of the 2014 governor’s race.

GOP challenger Astorino had wanted a chance for the two major party candidates to hold additional debates on TV. Astorino spoke before the debate schedule was settled.

“One on one, Andrew Cuomo and I, let’s talk about the issues,” Astorino said.

Governor Cuomo did agree to one other debate, a one on one with Astorino on public radio, but not on television, which Astorino declined. The incumbent governor, who is consistently ahead in the polls, says he believes he’s consented to enough debates.

Astorino counters that he agreed to five debates with his opponent when he ran successfully for a second term as Westchester County Executive.

Steve Greenberg, with Siena College polling, says candidates who are far ahead in the polls, like Cuomo, often believe it’s a smart political strategy to minimize debate participation, and the risk of possible mistakes, in a live TV format.

“If Cuomo were to stumble in a significant way, and then that becomes a campaign issue and it gets covered,” Greenberg said. “Could that have an effect? Yes.”

Bruce Gyory, professor at the State University of New York at Albany and a political consultant, says Cuomo would be wise to avoid engaging with Astorino at all, and instead, focus on his record and essentially, debate himself.

“Remind them of what the dysfunction was, why things couldn’t get done,” said Gyory, who says Cuomo should focus on his “signature initiatives” like a property tax cap and same sex marriage.

Republican candidate Astorino says he plans to directly challenge Cuomo on his record during the debate.

Gyory says Astorino, as an underdog, should also focus on putting himself and his ideas in the best possible light, “rather than coming in with a pre-conceived playbook.”

The governor might also be able to take back some independent voters favoring Hawkins, who has scored as high as 12% in some regional polls. Gyory says that is if the Green Party candidate appears too left of center.

Hawkins is not planning to act as a spoiler for the other candidates. He says he’s been building momentum in recent weeks, and has a bigger staff and has raised more money than he did when he ran four years ago.

“We’re not raising the kind of money Cuomo is, but we’re raising enough money to put field staff out,” said Hawkins, who says he has a daily public campaign schedule.  “We’re running as serious a campaign as we can.”

Hawkins says he wants to challenge Governor Cuomo on the topic of hydrofracking. Hawkins wants to ban it in New York, Cuomo is so far undecided.

The Libertarian candidate Michael McDermott has a web site and has released some videos, but so far has not held campaign events. His appearance Wednesday night will likely be the first time most New Yorkers are introduced to him. 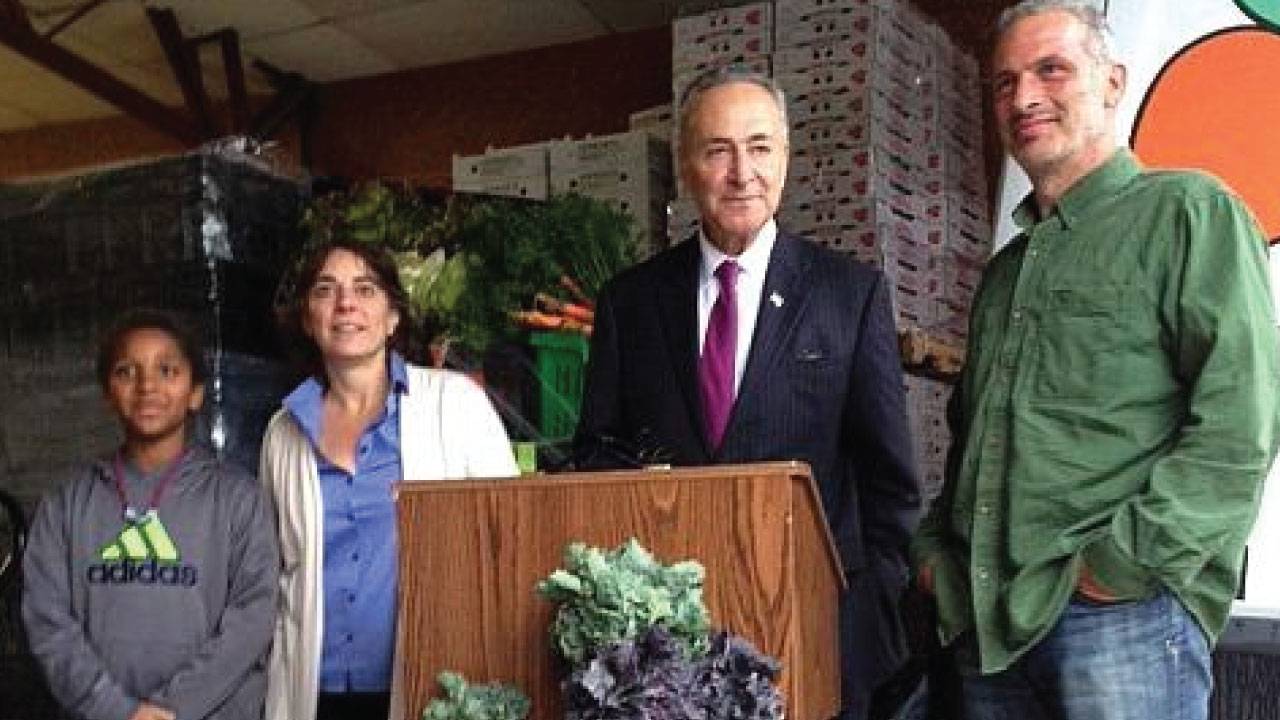