Over the weekend, news broke that top aides to Governor Cuomo are being probed by the US Attorney in connection with the Buffalo Billion economic development project. Here's a look at who’s been accused and what they are suspected of doing.

The Buffalo billion project is the centerpiece of Governor Cuomo’s efforts to reverse decades of economic decline in  New York’s second largest city.  It’s been credited with helping spur jobs and new industries, including high tech and the medical field.

Cuomo spoke last summer at the topping off ceremony at the giant Solar City factory, built on the site of an old steel plant.

“Wow, wow wow,” the governor said at the time. “You almost have to pinch yourself, right , that this is too good to be true.”.

The governor declared that “Buffalo is coming back”.

But, also for the past year, there have been reports, in the Buffalo based Investigative Post, and other news outlets,  that a politically connected real estate developer,  may have been given special treatment to win the lucrative contract. An initial bid was written by Cuomo Administration officials that said only firms that had been in business for 50 years could be eligible for the work. Just one developer fit that criteria,  LP Ciminelli , which is a leading builder in Western New York. Cuomo officials later said that was a typo, they meant to say 15 years instead.  Around the time that Ciminelli was awarded the contract, the developer , a frequent contributor to Cuomo’s campaigns, gave the governor an additional donation of more than $25,000, while his wife helped hold a fundraiser for Cuomo.

US Attorney Preet Bharara, the same federal prosecutor who brought down the leaders of the legislature,  has been investigating,  and on Friday evening, Governor Cuomo revealed that  subpoenas had been issued to a former top member of his staff, and a lobbyist who used to work for the governor when Cuomo was at the federal Housing department.

Cuomo tried to get ahead of the bad news by releasing it late at the end of a school vacation week, and by announcing that he’s hired an independent former prosecutor, Bart Schwartz, to conduct his own internal investigation. The governor’s counsel , in a statement, says there’s “reason to believe that in certain programs and regulatory approvals they may have been defrauded by improper bidding and failures to disclose potential conflicts of interest by lobbyists and former state employees”.

The targets are believed to be Joseph  Percoco , a long time Cuomo family aide that Andrew Cuomo described at his father Mario’s funeral as being  like his father’s “third son”. According to the New York Daily News, Percoco is under investigation for receiving secret payments from firms that held contracts with projects related to the Buffalo billion.  Percoco left state employment- in December to work in the private sector for Madison Square Garden.

Another focus is Alain Kaloyeros. He runs the SUNY Polytechnic nano tech center, which he began under the current governor’s father, former Governor Mario Cuomo, and which has been credited with spurring the high tech industry in Albany and other upstate cities. The nano tech center handled many of the contracts for bidding on high tech projects related to the Buffalo billion effort. SUNY Polytechnic hired a criminal defense lawyer months ago.

The third is Todd Howe, who originally worked for Mario Cuomo, and now runs his  own Washington based lobbying firm. He was involved in lobbying for Buffalo’s economic development projects.

Cuomo has been silent since the subpoenas were made public. But last fall, as the probe was continuing, he said he didn’t know any more about it then what he’d read in the newspapers.

“I don’t want to get into commenting on a US Attorney’s investigation,” Cuomo said.

In a tense exchange with reporters in September, 2015, Cuomo was asked by reporters about potential problems created when big donors are awarded large contracts.

Cuomo and his current top aides have NOT been directly subpoenaed, neither has the developer of the solar City project, Louis Ciminelli.

The news of a deepening scandal concerning perhaps the Governor’s most trusted former top aid is sure to roil the remaining weeks of the legislative session, that are to begin on Tuesday.  Also on Tuesday, former Assembly Speaker Sheldon Silver is to be sentenced on corruption charges, following a successful prosecution by US Attorney Bharara.  . The former Senate leader, Dean Skelos, will be sentenced May 12th. Both face potentially lengthy prison terms. 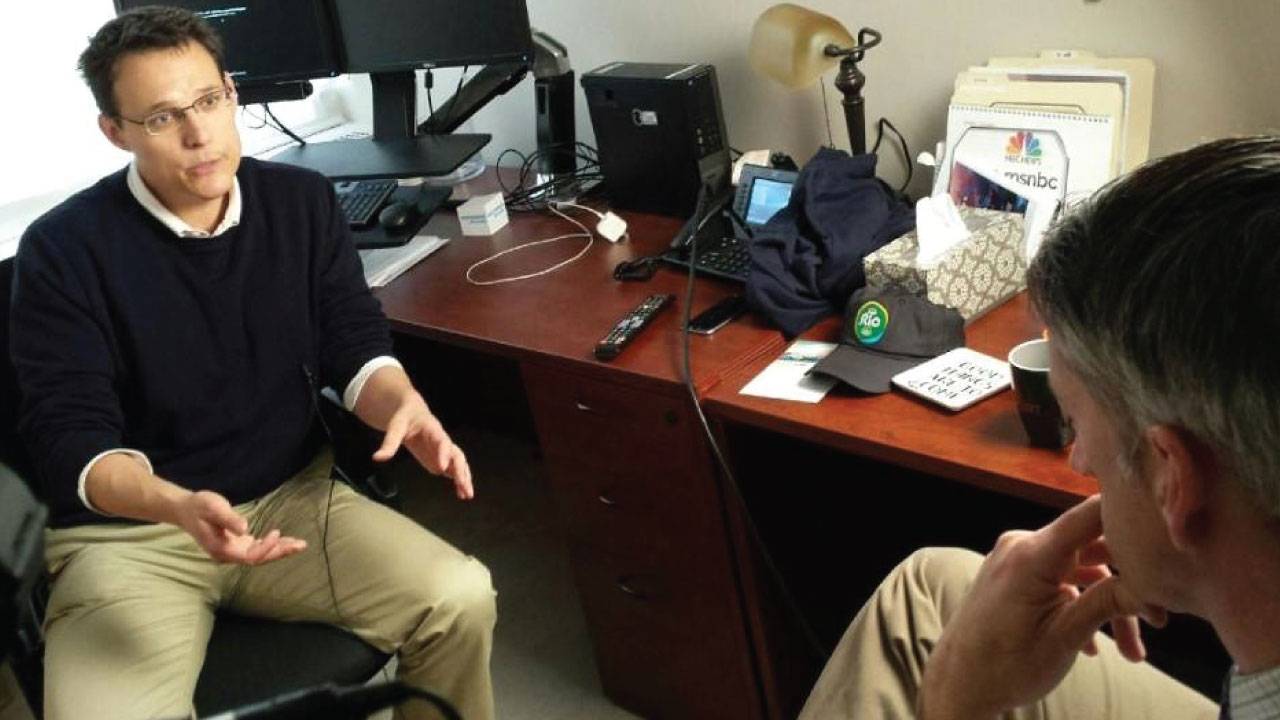