Is ethics reform dead in Albany?

When the legislative session ended on June 21st, lawmakers left behind a lot of unfinished business, including a failure to act on ethics reform proposals in light of an economic development scandal in the Cuomo Administration.

There are majority party sponsors in each house of the legislature for a bill to add greater oversight to the state’s economic development contracts, but the measure failed to come to the floor for a vote. That’s  despite the fact that nine former associates of Governor Cuomo are have been charged with bribery and bid rigging, among other crimes, and are set to go on trial as early as the fall.

“It’s another sad day in Albany,” said Deutsch. “We have the largest bid-rigging scandal in state history, and we virtually ignored it.”

Deutsch says the bill currently in the legislature is what he calls a “common sense” measure. It would reinstate oversight of the procurement of economic development contracts to the State Comptroller. It has support from numerous government reform groups on the left and the right, as well as majority party sponsors in both houses of the legislature.

“If the Comptroller had that power, he would have caught some of the bid rigging issues that were being dealt with in these contracts,” Deutsch said. ”

Governor Cuomo, who has had a rocky relationship with the State Comptroller, Tom DiNapoli, is against the bill. Cuomo says it does not go far enough.

“I think it was the easy way to look you’re doing something about procurement, but not really doing anything,” said, Cuomo, who said the Comptroller’s job is to audit contracts, not investigate them for potential corruption.

Cuomo, who says it’s “a disappointment” that ethics reform did not occur, is proposing instead a new inspector general who would work under the governor to root out corruption.

Deutsch, with Fiscal Policy Institute, says an inspector under the authority of the governor would just not work.

“The governor’s proposal was preposterous,” said Deutsch. “It was a fox guarding the henhouse kind of approach.”

Cuomo also wants to make some changes in the legislature, where the two former legislative leaders now face jail time for corruption. The governor wants to strictly limit outside income that lawmakers can earn. New York’s legislature is technically part time, so Senators and Assemblymembers are permitted to have other jobs. Both cases against the two former leaders hinged on the misuse of their outside income for political and personal gain.

“I said, the greatest incentive, ‘if you do ethics reform I’ll support a pay raise’,” Cuomo said.

Two years ago, Cuomo and the Legislature established what was to be a non-partisan panel to consider granting pay raises. Senators and Assemblymembers have not had a salary increase in 18 years.  But there was feuding between the governor’s appointees and the legislature’s appointees. In the end, no decision was reached.

Longtime Albany advocate, Barbra Bartoletti, of the League of Women Voters, says there’s a reason why the governor and lawmakers never seem to make reform a priority. She says the public doesn’t always make the connection between corrupt behavior and dysfunction in Albany and are more focused on items like health care and school aid.

“And legislators know that, and they figure ‘doesn’t matter I’m still going to get re-elected’,”  Bartoletti said. “And they like the status quo.”

While lawmakers did not have time to agree on ethics reforms or some other items, including extending mayoral control of the New York City schools or even extending long established sales tax authorization for the state’ counties, they apparently did have time to party. The New York Public Interest Research Group totaled up the number of fundraisers held near the Capitol during the 2017 session. They found that 183 fundraising events were held. 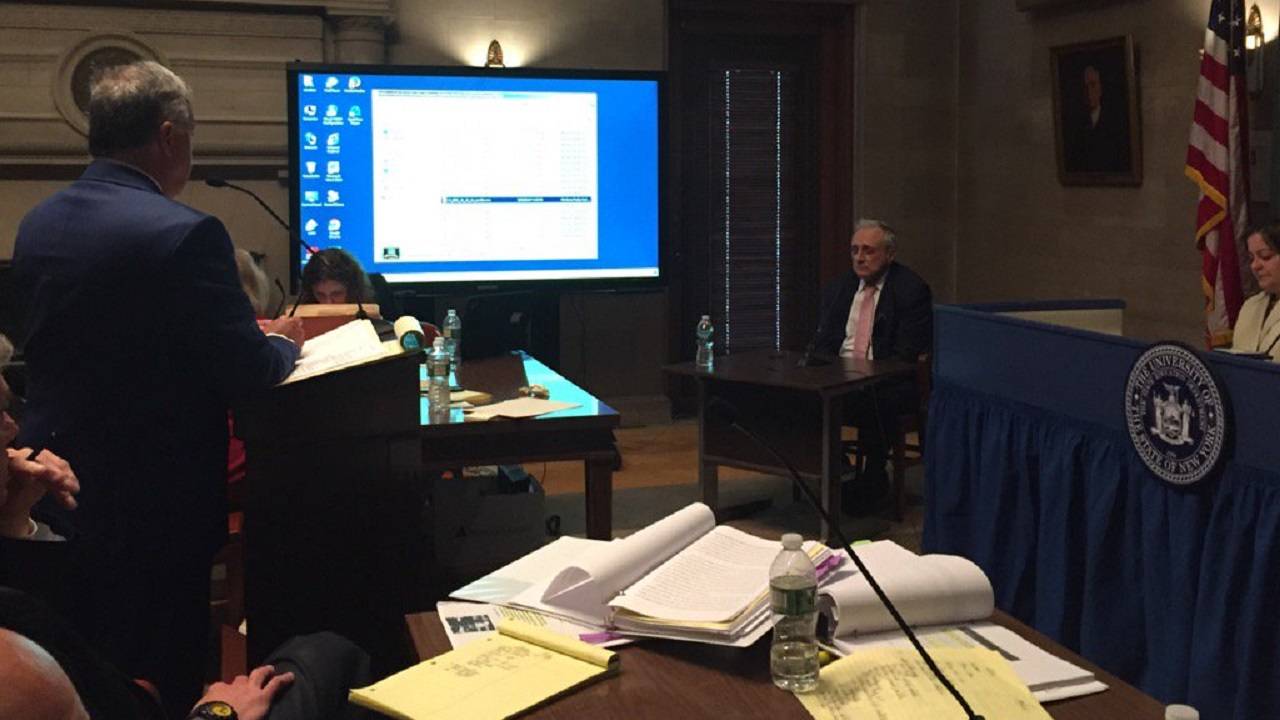