Hillary ahead in blue New York

A new poll shows that Hillary Clinton is still far ahead of Donald Trump among New York voters, but Clinton has some weak points.

Clinton holds a 21 point lead over Donald Trump among New York likely voters in the Siena College poll, down slightly from a 25 point lead one month ago.

But Clinton has some weaknesses. She is viewed unfavorably by just over half of voters, and does not have much support beyond registered Democrats, says Siena spokesman Steve Greenberg.

“She’s winning right now pretty much by party enrollment,” said Greenberg , who said independents are “evenly divided” at 39% for Clinton and 37% for Trump.”

Clinton has also lost some support among women voters, though she’s still ahead with women by 22 points.

“He can do very well here, like Ronald Reagan in 1980,” Cox said. “Ronald Reagan was not expected to carry New York .”

Trump backers say if the Republican Presidential candidate does well enough in the suburbs and upstate, then he would only have to win just over one-third of New York City voters. Greenberg says in order for that to come true, Trump would need to make some pretty substantial gains in blue New York City, where Clinton is ahead by 60 points .

“The notion that Donald Trump can carry 30% of the vote in Brooklyn and Manhattan seems a little bit unrealistic ,”  Greenberg said.

And Greenberg since Reagan won the state more than 30 years ago, Republican voters’ numbers have dwindled, while Democratic voters have strengthened.

Trump is viewed unfavorably by nearly 70% of New Yorkers.

The first debate will be held in New York, at Hofstra University on Long Island, on Monday. Greenberg says the debate could potentially be a game changer for the race, but he says Clinton is in an “extraordinarily strong position” to win New York in November.

Will Presidential politics affect the races for state legislature, where all 263 Senate and Assembly seats are up for election ? Greenberg says perhaps not. He says most New Yorkers say they’ll likely re-elect incumbent lawmakers. That’s even though both former leaders of the legislature face jail time for corruption.

In fact, the State Senate has scored the highest approval rating in the history of the poll, at 48%, with the Assembly at 44%.

“I don’t know why their ratings are as good as they are right now,” said Greenberg. “It bodes well for incumbent legislators.”

No lawmakers have been arrested in over a year, and the legislature has been out of session since June.

Senate GOP Spokesman Scott Reif says the public is reacting to the Senate’s recent accomplishments including  record school aid and a tax cut for the middle class. 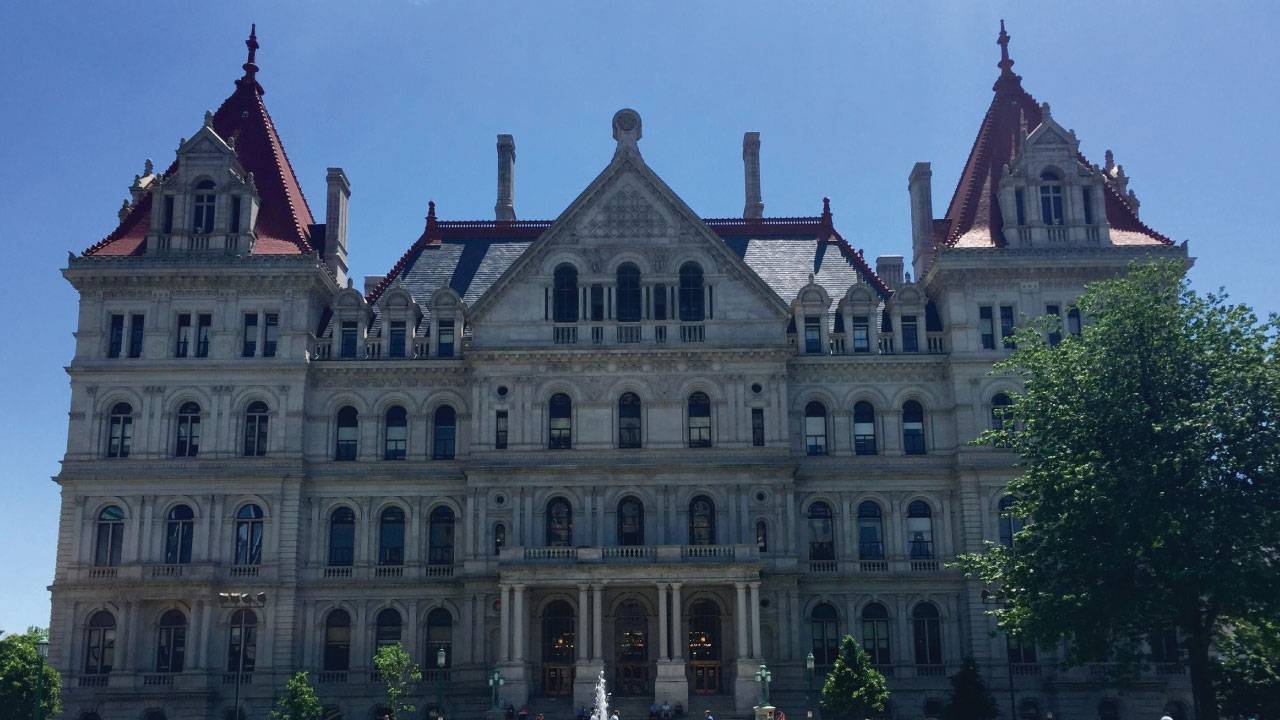