Governor Cuomo saved his ethics proposals for his last stop of his State of the State tour, in Albany, where he released a ten-point plan to address rampant corruption that has reached his own administration.

The proposals come after a corruption wave at the Capitol that’s led to prison sentences for both former legislative leaders, jail time for a former State Comptroller, and federal charges including bribery and bid-rigging against nine Cuomo associates, including a former top aide, Joe

“Unfortunately in Albany, there have been a series of breaches of the trust,” Cuomo said. “It’s happened in my own office.”

Cuomo wants to pass two constitutional amendments. One would ban outside income for legislators, another would impose term limits. He also wants to close a campaign finance loophole that allows donors to form Limited Liability Companies to get around contribution limits and enact public campaign financing.

The governor also is seeking remedies for corruption in his own administration.  He would create a special inspector general to look at economic development and other contracts processed by the State and City University systems. The former head of SUNY Polytechnic, Alain Kaloyeros, who oversaw many of the governors’ upstate economic development projects, is under indictment for bid rigging and other charges. And, Cuomo wants to ban campaign contributions from contractors who are vying for state contracts. The timing of some contributions from developers to the governor coincided with the developers’ winning state contracts, although no one has been accused of wrongdoing in the case.

Government reform groups who have seen previous reform measures stall, say the governor has to actively campaign for the proposals if he really wants them to become law.

“Similar to what he did on the fifteen dollar minimum wage,” Horner said.

Cuomo toured the state on a bus to promote the minimum wage hike, which the legislature agreed to in last year’s budget.

Horner says he’d like to see a proposal to create more independent ethics oversight, that is not controlled by the governor or the legislature.

Barbara Bartoletti, with the League of Women Voters, who attended the speech, agrees that Cuomo will have to make an extra effort to get the proposals through the Senate and Assembly, but she says the constitutional amendments are likely “dead on arrival in the legislature”.

But she says if lawmakers agreed to close campaign finance loopholes, it would go a long way to cleaning up corruption.

The head of the state’s Republican Party, Ed Cox, says Cuomo has a poor track record when it comes to ethics reform. He says the governor opened a special Moreland Act commission, then shuttered it when members started to investigate Cuomo’s office.

“He didn’t want to be examined himself,” Cox said. “Now he’s being examined through the corruption of his closest associates, nine of them. Including his quote, unquote third brother.”

Percoco, Kaloyeros, and six others go on trial for corruption late this year. 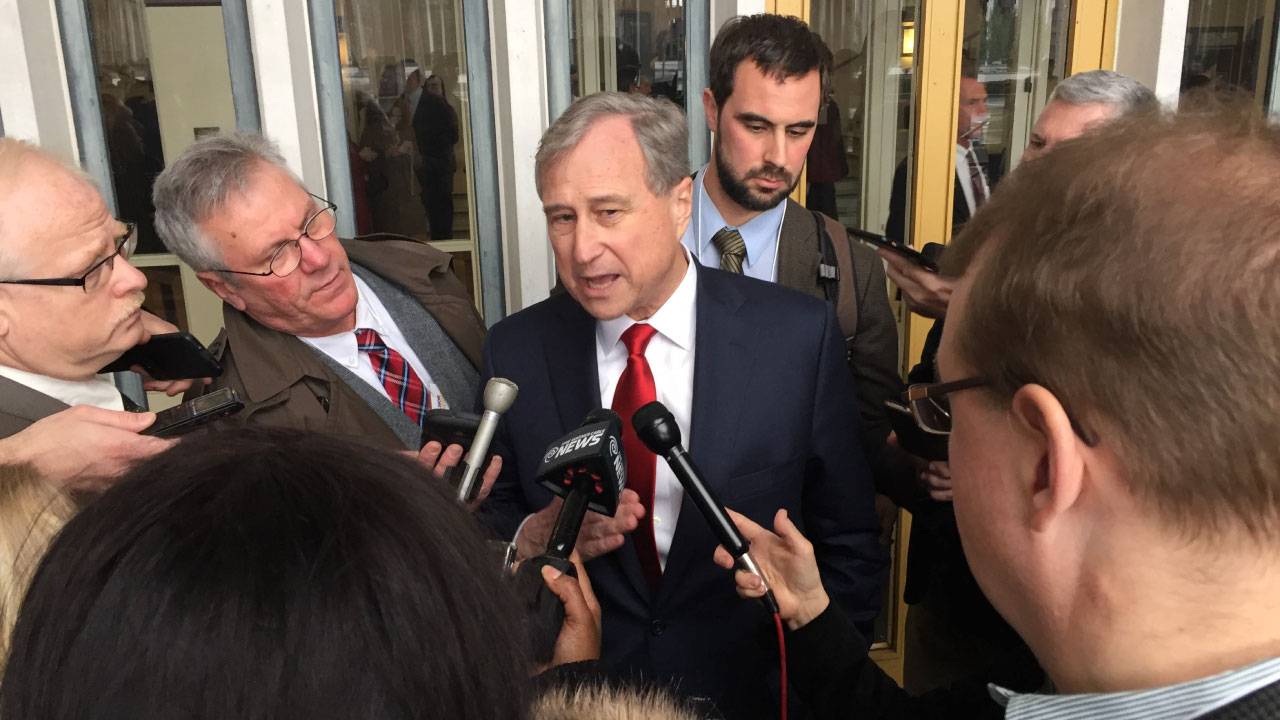