Fed up with the seeming inaction of their local and state government, or in this case the adults, the students of Hoosick Falls High School held an emergency meeting to demand that Governor Cuomo help them find a reliable safe source of drinking water, that did not come in a plastic bottle.

Taking a peer-to-peer approach in disseminating information about the water crisis, members of the senior class officers and the editorial board of the school paper explained the nature of the water crisis. What it is, how it was determined, what is known about the chemical PFOA and what the adults were and weren’t doing to fix it.

Lead by 17-year-old senior, Anna Wysocki, who served as spokesperson for the student panel cited the governors endorsement of the ban on hydraulic fracturing in New York State because of the danger the drilling process posed to the safety of drinking water. She also reminded the governor of his 2012 State of the State pledge to act as a lobbyist for the children of New York and called on him to fulfill that promise, especially with the children of Hoosick Falls.

While Governor Cuomo did not attend the emergency meeting in Hoosick Falls, he did release a statement that later that same day announcing the state would allocate $10-million to install water filtration systems for roughly 15-hundred homes in the town of Hoosick.

The governor has said he plans to make a personal trip to Hoosick Falls but has not indicated when he will go. 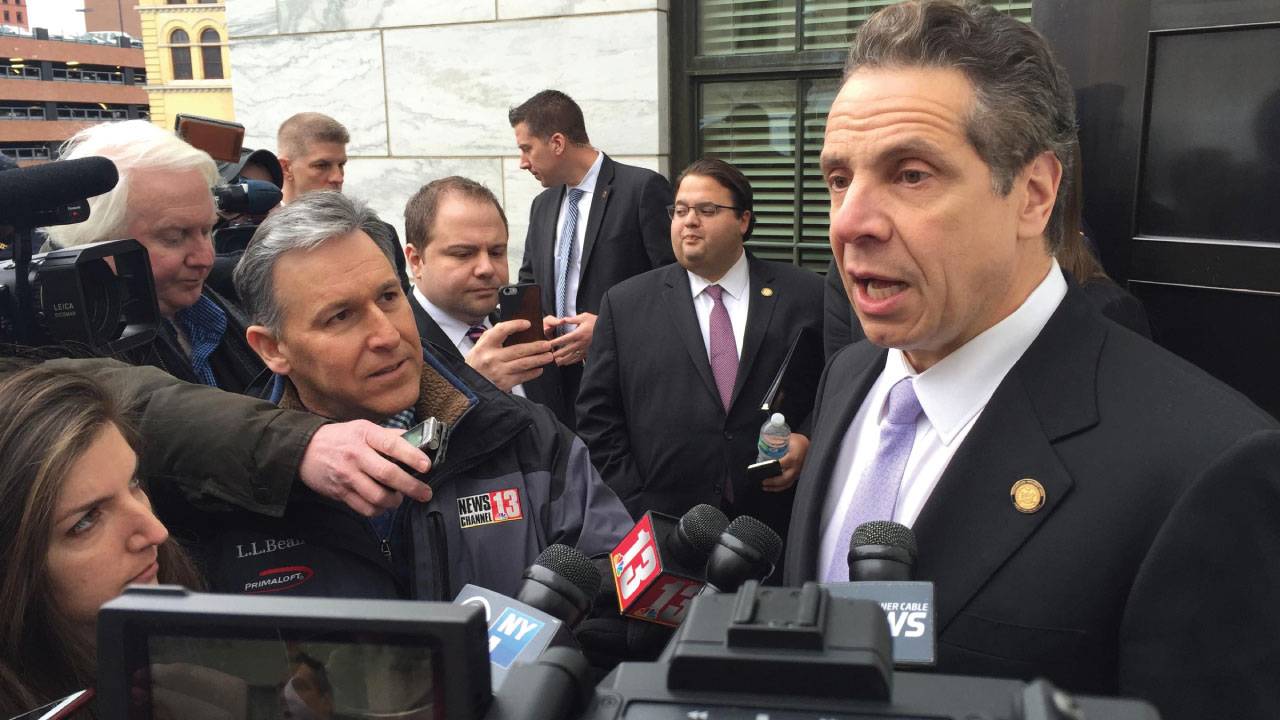