Newly elected Assembly Speaker Carl Heastie made clear one of his top priorities in his first news conference, where he called for passage of the Dream Act, which would offer college aid to children of undocumented immigrants.

Speaker Heastie says when it comes to helping young New Yorkers with paying for college, there’s a double standard.

Heastie was joined by college student Zuleima Dominguez, who is working two jobs to afford tuition, because her parents’ undocumented status make her ineligible for aid.  Dominguez says she grew up in New York .

“If I don’t belong here, where do I belong? “ Dominguez said.

The bill passed overwhelmingly in the Democratic led Assembly, but many Republicans voted against it, including Assemblyman Dean Murray from Eastern Long Island. Murray fears it would take away money in the Tuition Assistance Program, known as TAP, from children whose parents have been in the US much longer.

“They’ve built this state, this country, they’ve done everything right, and they feel as though they are being punished by this,” Murray said. “Because there is not an infinite amount of money in TAP.”

The estimated cost for providing aid to students under the  Dream Act is $27 million dollars. The total TAP budget is around one billion dollars, according to Governor Cuomo’s budget office.

The Dream Act for now is a one house bill. The State Senate rejected the measure in 2014. And Senate Leader Dean Skelos says that sentiment hasn’t changed.

“We do not support the Dream Act,” Skelos said. “It’s been voted down.”

Governor Cuomo is attempting to strengthen the chances of passing the Dream Act this year. He’s put it in the state budget, and linked it to passage of an education tax credit supported in the Senate. The measure would help wealthy donors who want to contribute to private schools and charter schools.

Senator Skelos says his Republican members are not in favor of the deal, and think the education tax credit should stand on its own.

“They should be unlinked,” Skelos said.

Speaker Heastie says his Assembly Democrats have not yet decided whether to support the Education Tax Credit, but says he’s also uncomfortable with all of the linked issues in Cuomo’s budget. And he says he told the governor so during his first closed door leader’s meeting.

“I clearly let the governor know that the legislature, particularity the Assembly Majority, intends and wants to have our partnerships and checks and balances to be respected,” Heastie said.

Heastie says despite that, he believes the budget talks are going well so far, and he expects the budget to be finished by the March 31 deadline.  Cuomo has threatened to make the budget late if he doesn’t  get what he wants from the legislature.

“I didn’t get any indication that we’re getting towards a doomsday scenario,” Heastie said. 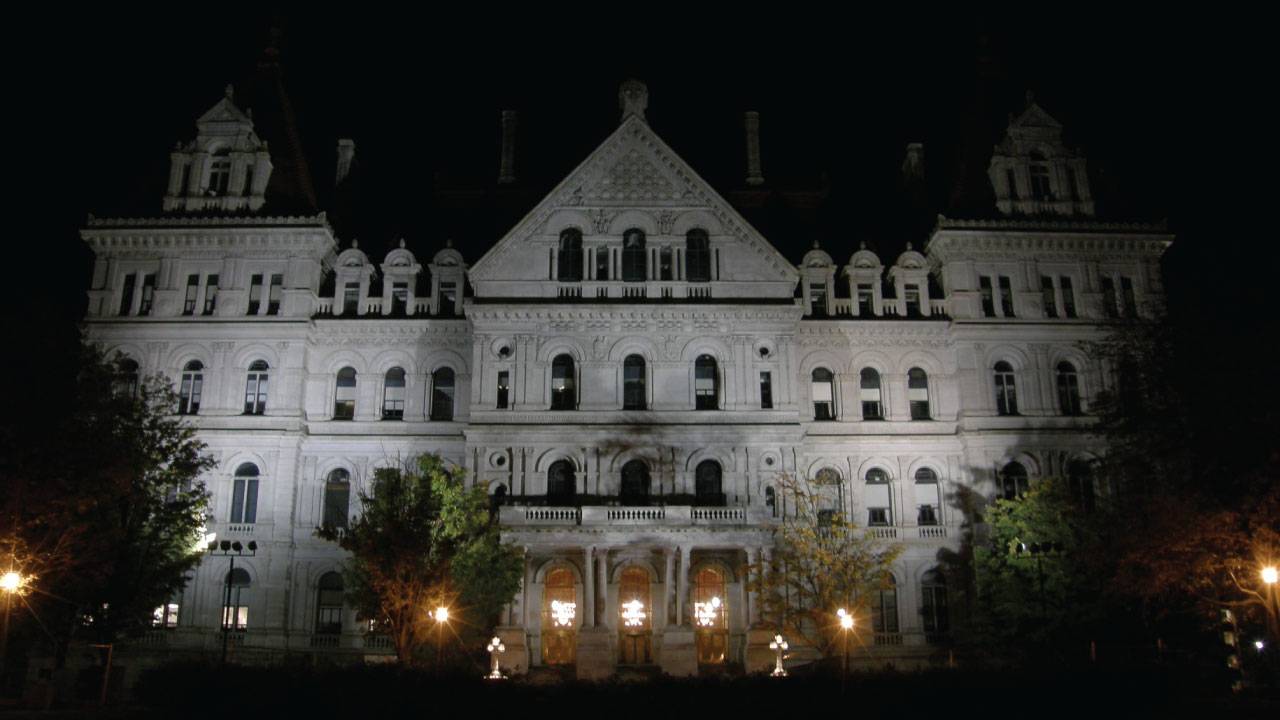