Russian and US students study cyber threats together at UAlbany 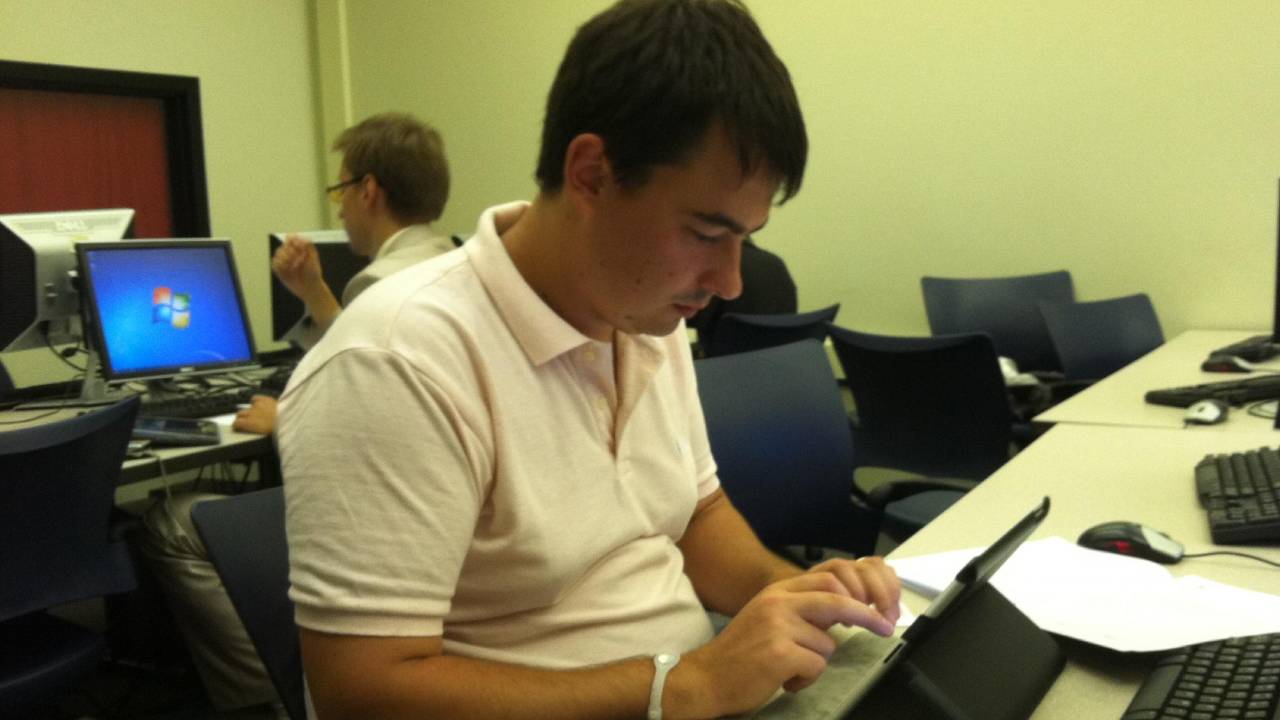 A bill to strengthen the nation’s cybersecurity laws stalled in Congress this week, but the issue remains a top priority for policy makers and business leaders around the globe.

That's why the University at Albany has launched a new program pairing students in New York and Russia to teach them about cybersecurity.

Fabio Auffant was one of the first officers in New York join the newly formed State Police Computer Crime Unit back in 1998.

These days the retired lieutenant is sharing what he’s learned about cybercrime with graduate students at UAlbany.

Auffant’s teaching a course called Introduction to Digital Forensics and his class of Russian and American students is the first group to go through the school’s new graduate certificate program in Information Security, also known as cybersecurity.

The former police officer has testified in dozens of state and federal court cases over the years.

“It’s very difficult to cover your digital fingerprint," he says.

As more and more of our lives move online, the field of cybersecurity is becoming increasingly important not only to the police, but also to governments and businesses.

Experts are unable to estimate how much cybercrime has already cost the public and private sectors.

From Moscow to Albany

It's one of the reasons Daniel Smith signed up for the courses. He graduated from UAlbany with an MBA in the spring and hopes that spending the summer getting this graduate certificate will help him land a job.

“I think it’s a really important field and it’s growing really fast and there’s a high demand and not that many people trained in it, so I think it would be a good opportunity for me," he says.

Smith admits he also signed up so he could visit Russia.

It’s a country known to many Americans as the home of some of the most sophisticated hackers and cyber criminals on the planet.

Smith was there in June to study with a group of other American and Russian graduate students at the Bauman Moscow State Technical Institute. The school has a longstanding relationship with UAlbany that predates the Cold War.

“We went to the Kremlin and the Red Square. Probably my favorite part of the trip was St. Petersburg," says Smith.

The students returned to Albany in July for the remainder of the classes. Smith took his turn hosting the Russians- showing them around the state capital and taking them on a camping trip to the Adirondacks.

Cyber crime "can happen to anyone"

UAlbany Professor Sanjay Goel is a cybersecurity expert, and he designed the cross-cultural curriculum.

“Part of the reason why we want to do that is to improve the understanding of issues between the two countries better, because security is a very sensitive area," says Goel. "A crime gets committed in one area and the victims are in a different area.”

Cybercrimes can be tough to track and prosecute because they happen in a virtual world, with no regard for long-established geopolitical boundaries, and international laws.

Goel consults with governments about how to handle cyber threats, but says regular people need to be careful too, as we share more and more of our personal information online, through commerce, communication, and social media.

“You need to be very cognizant of the fact that crimes can happen, and they can happen to anyone," he says.

Goel is also helping to launch an even more ambitious program in the near future.

In 2014, UAlbany will become the first SUNY school to offer a complete undergraduate degree in the field of Digital Forensics.

“The need for security is growing so fast, and every organization needs people who can do security.”

Goel says after this first group of students finishes, he plans to recruit state government workers to sign up for courses to hone their cybersecurity skills.