Now that the leadership crisis in the Senate is settled, Governor Cuomo and the legislature are pushing their education priorities.

Cuomo, in the remaining days of the session, is pressing for one of the items in his education initiatives- a tax credit for big money donors to send students to private schools and pay for extra curricular programs for public schools. The governor campaigned on Long Island and in Buffalo with New York Cardinal Timothy Dolan.  The Catholic Church backs to donor credit to help finance students who want to attend Catholic schools.

“This is one of the top priorities to get done,” Cuomo said. “It’s just getting Albany to move, and listening to the voice of the people.”

Cuomo’s bill differs from one already approved by the Republican led State Senate. The governor’s bill adds tax credits for low-income families who send their children to private schools.

Newly elected Senate Leader John Flanagan, on his second day on the job after the resignation of former Leader Dean Skelos, says the GOP is open to the governor’s additions.

“It would be foolish for me to suggest it’s going to be our way or the highway,” said Flanagan, who said the governor’s addition of a tax credit for low income families can only make the measure “more appealing”.

But While Republicans in the Senate like the proposal, many Democrats in the Assembly do not. A spokesman for the Assembly says there has not been enough support among Democrats to bring the bill to the floor in the past.

The state’s teachers unions, who are close allies of the Democrats, oppose the education tax credit, portraying it as a tax break for rich people, something supporters deny.

Cuomo had said back in January, that he would not agree to an increase in school aid without the education tax credit and several other changes to school policies. In the end, the governor dropped that demand, but he did win changes to the state’s teacher and principal evaluation systems.

The new law requires that the State Education Department develop new teacher performance reviews, that will be more heavily reliant on controversial standardized test associated with the new Common Core learning standards.  The changes would take effect this fall, but schools have complained that it’s an impossibly tight timeline. The Regents Chancellor has tried to find a way administratively to give school districts extra time, by allowing them to declare that meeting the deadline would be a hardship, and to put off the date for an additional year, until the Fall of 2016.

“If there’s thing we think we can fix that we may have missed, we’ll look at that,” Heastie said.

Senate Leader Flanagan, who until May 11th was Education Committee Chair, has already said that he thinks the new law needs some tweaks. He repeated that intention following his first meeting with governor Cuomo.

“We’re looking at this from a parent viewpoint,” Flanagan said. “If we do anything, it’s going to be with a laser like focus on how we are helping the parents and the students.”

Cuomo did not speak publicly after the meeting, but has said he wants schools to adhere to the timeline in the new teacher evaluation law, and not to delay things for another year. 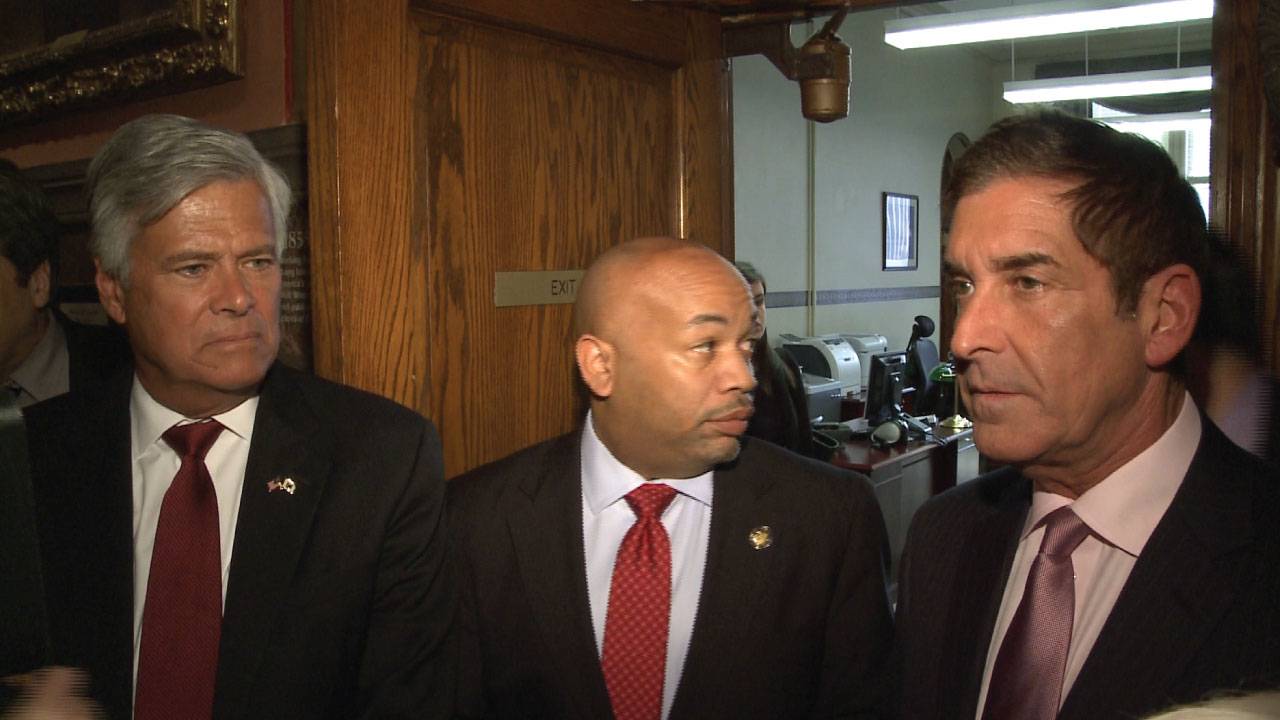