A leading budget watchdog group is accusing Governor Cuomo of fudging the numbers in his state budget to appear to stay within his self-imposed 2% per year spending cap.

Citizens Budget Commission began scrutinizing state and city budgets in New York during the Great Depression in the 1930’s. They were listening when Governor Cuomo said, repeatedly, that his latest budget plan keeps total spending below 2% for the seventh year in a row. Cuomo outlined the numbers during a budget briefing on January 17th.

“That’s total state operating budget (growth) of 1.9%”, Cuomo said. “It’s under 2%, which is the fiscal discipline we’ve brought to the state.”

The Commission’s David Friedfel says the group ran an analysis and found that Governor Cuomo’s spending plan, is not, as Cuomo claims, staying within a 2% state spending cap.

“There’s $1.2 billion dollars in essentially gimmicks to get that number down to 2%,” Friedfel said. “Without it, growth would be 3.2%.”

Friedfel says the “gimmicks” include a proposal to shift the cost of paying some state workers from the general fund to a capital fund, worth $227 million dollars, which does not count towards total spending in the budget. The governor also wants to delay a $193 million dollar payback of a loan to the New York Power Authority. Cuomo also makes changes to the STAR property tax rebate program, so that some of the money owed to taxpayers will appear as income tax credits, wiping $277 million dollars off the books as state spending.

And finally, the spending plan also claims savings of $500 million dollars by better managing state agencies, which Friedfel does not list any specific steps to actually find the savings.

“Which should make taxpayers nervous,” he said.

A spokesman for Governor Cuomo’s budget office rejects the Commission’s analysis and says spending growth is truly being kept at 2%. Spokesman Morris Peters had some cutting words for the group. He called the Citizens Budget Commission a “ self-appointed fiscal watchdog group”,  saying, in a statement, that he had hoped the organization would “ recognize and celebrate” the Cuomo Administration’s success at reigning in spending—but, he said, “ their relevancy is based on their critiques”.

The Citizens Budget Commission has frequently in the past praised aspects of Governor Cuomo’s spending plans in past years. And Friedfel offered some positive suggestions on how to actually keep to the 2% cap - cut spending in some areas of the budget where the spending is beyond 2%, like school aid and some economic development projects.

“There are a lot of places in the budget where there could be cuts in spending,” he said.

He says those actions could lead to greater transparency. 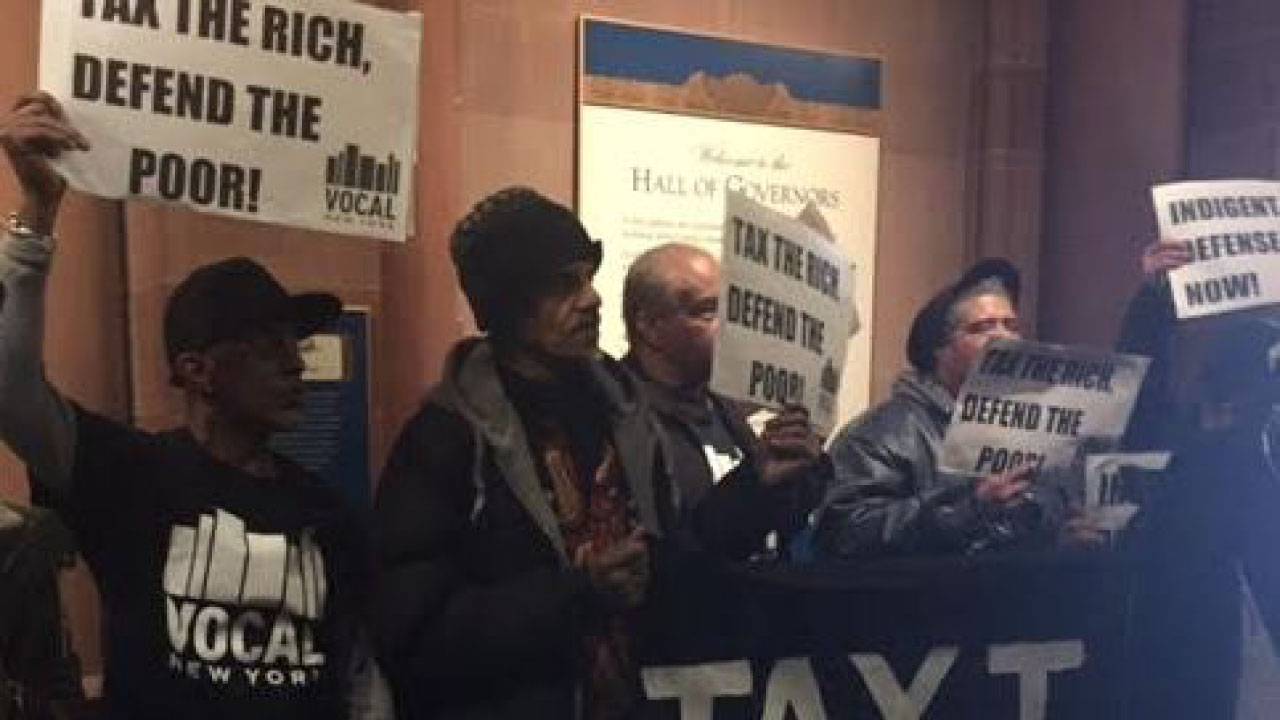