The New York State Senate and Assembly met in Albany to choose new leaders and begin outlining their plans for the 2015 session. The year begins with Republicans in full control of the State Senate, but with a group of breakaway Democrats still enjoying special status.

The State of the State has been delayed for two weeks, due to the funeral of former Governor Mario Cuomo, the father of Governor Andrew Cuomo. But under New York’s state constitution, the legislature is still required to convene.

Republicans have regained a narrow majority in the State Senate, and the GOP was jubilant when Senate Republican Leader Dean Skelos was elected Majority Leader and President Pro Temp.

Skelos, at a swearing in ceremony in his offices, says now that the Republicans have the 32 seats required to hold the majority, he will no longer be sharing the leadership post with the head of a group of breakaway Democrats.

“It makes life a little easier,” Skelos said, with a smile.

For the past two years, Senator Skelos had been co-leader of the Senate, with Independent Democrat Conference Leader Jeff Klein. The Independent Democrats, or IDC, will still exist as a separate coalition, and Senator Klein will continue to be the leader of that coalition. But Klein will no longer share control of the Senate and will not be automatically given perks like attending private budget meetings with Governor Cuomo. Senator Klein downplayed the demotion.

“I’m not too caught up on titles like you guys in the media,” Klein said.

Senator Klein and the Independent Democrats will still get a larger share of resources allocated to Senators, like office space, staff budgets, and computers, than the rest of the Senate Democrats, and under new rules adopted , will be able to more easily get their bills brought to the floor for debate.

During the 2014 elections Senator Klein and other Independent Democrats were criticized by the left of the Democratic Party, for not achieving a number of issues that Klein has supported. They include further raising the state’s minimum wage, and passing a Dream Act to give financial aid to immigrants who are college students. Senator Klein now says he will shift his focus a bit, to policies that he says help the many, not just the few.

“Yes we need to increase the minimum wage further, but you want to know something, we have stagnant wages,” Klein said. “We’re not creating food paying jobs. Let’s help all workers by investing in them.”

In the State Assembly, where Democrats hold two thirds of the seats, Assembly Speaker Sheldon Silver was re elected to lead the chamber. Silver has held the post for twenty years, and is close to holding the record for longest serving Speaker of the house, which is 22 years.  However, Silver is reported by several media outlets to be under federal investigation over his reporting of outside income. The Speaker has accepted money from a law firm that specializes in real estate tax breaks. Silver says his lawyers have not been directed by federal prosecutors to do anything, but he was reluctant to discuss the matter further.

Governor Andrew Cuomo was absent from the Capitol for the first day of the session, one day after delivering the eulogy at his father’s funeral.  The passing of former three term Governor Mario Cuomo was on the minds of many, and moments of silence were held in both chambers. The Assembly will offer a day long tribute on January 13th. Seante Democratic Leader Andrea Stewart Cousins; speaking on the Senate floor, called Mario Cuomo a “great man an a great governor.” She says his famous Tale of Two Cities speech at the Democratic National Convention is still relevant 30 years later.

“Let us do more than remember him, let us look towards his example” said Stewart Cousins. “Sadly, for too many New Yorkers, the two cities that Governor Cuomo so eloquently spoke of in 1984 still exit today.”

Governor Andrew Cuomo will deliver his State of the State message on January 21. He’s expected to focus on reforming the state’s public schools and criminal justice system, and economic development in troubled upstate regions. 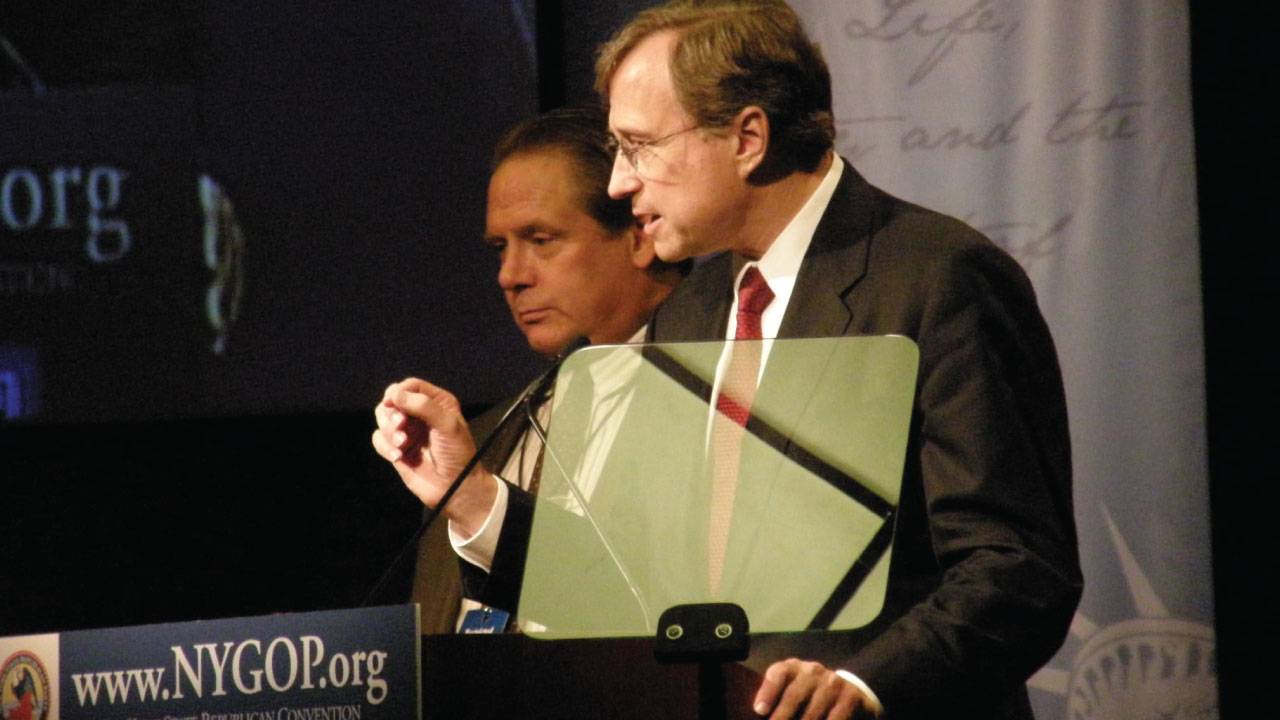