Senate Independent Democratic Conference Leader Senator Jeff Klein, for the first time publicly answered questions from the media about news stories that some of his members received stipends for committee chair positions that they do not actually hold.  Klein defended the practice, while the leader of the Senate Democrats is calling for an investigation.

The Senators received the stipends for chairing the committees, known in Albany lingo as “lulus”,   even though they actually held the position of vice chair. There is no provision in state law for vice chairs to be paid additional funds.

Senator Klein at first attempted to lighten the moment by joking about the attention the situation has attracted, which was first reported in the New York Times.

“Welcome to Albany’s version of lulu land,” Klein said. “That’s all we seem to talk about.”

Senator Klein says it was “within the law” for the Senate Republican Majority Leader, John Flanagan, to “determine who gets stipends”, and to send paperwork seeking authorization to the state’s Comptroller. The Senate IDC Leader denied that some of his members were taking money for chairmanships when they did not actually hold the posts. He grew testier as he explained that it’s more complicated than that.

Klein said the letter that asked the Comptroller for the payment authorization was actually a kind of “coding” that did not specifically state that the Senators who were paid the stipends actually held the committee chair posts.  He says the practice is permitted under the state’s constitution.

“I believe everything that we’ve done in the past and right now is in full accordance with not only the constitution but with the legislative law,” Flanagan said.

A legal opinion from the top counsel for the Senate Republicans backs up that view.

Flanagan says the Republicans have a “very good bipartisan working relationship” with the IDC. And he says the break away Democrats, as well as some Senate Republicans who also received similar  stipends, all deserved the money .

“All the members, Democrat, Republican, Assembly or Senate are worthy of the compensation they receive,” Flanagan said.

Despite that, one of the GOP Senators, Senator Pam Helming of the Finger Lakes, has said she’ll return her stipend. It was falsely paid to her as chair of the Crime and Corrections Committee, when she is, in fact the vice chair of that committee.

Attorneys for the mainstream Senate Democrats, who are in the minority in that chamber, have a different interpretation of whether the payments were legal. They believe they were not. In a statement, Democratic Senate Leader Andrea Stewart Cousins called for an investigation, calling the payments “obvious violations of state law”.

The two entities that hold the authority to investigate, the Albany County District Attorney and the State Attorney General, aren’t commenting. The Attorney General would need a referral from a third party in order to launch a probe.

A spokesman for the Senate Republicans, Scott Reif, accused the Senate Democrats of “playing politics”,  and he says the Senate should instead focus on “important work” it needs to do before the session concludes in June. 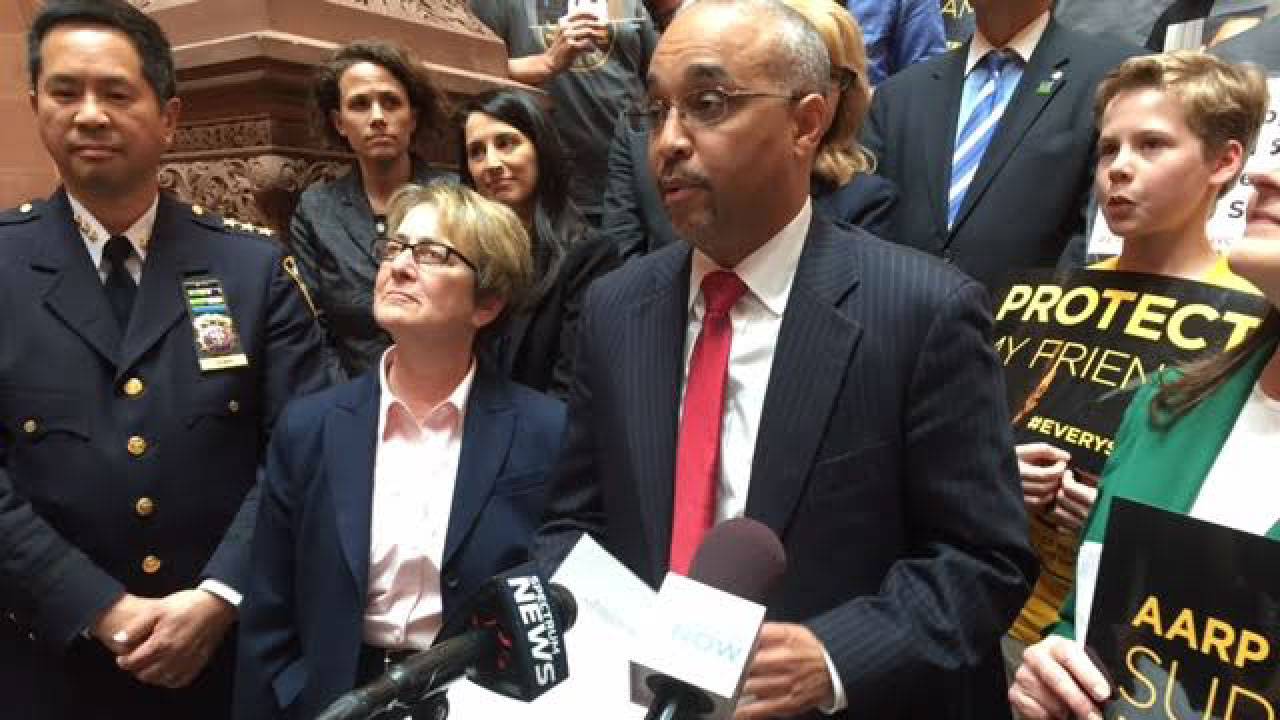