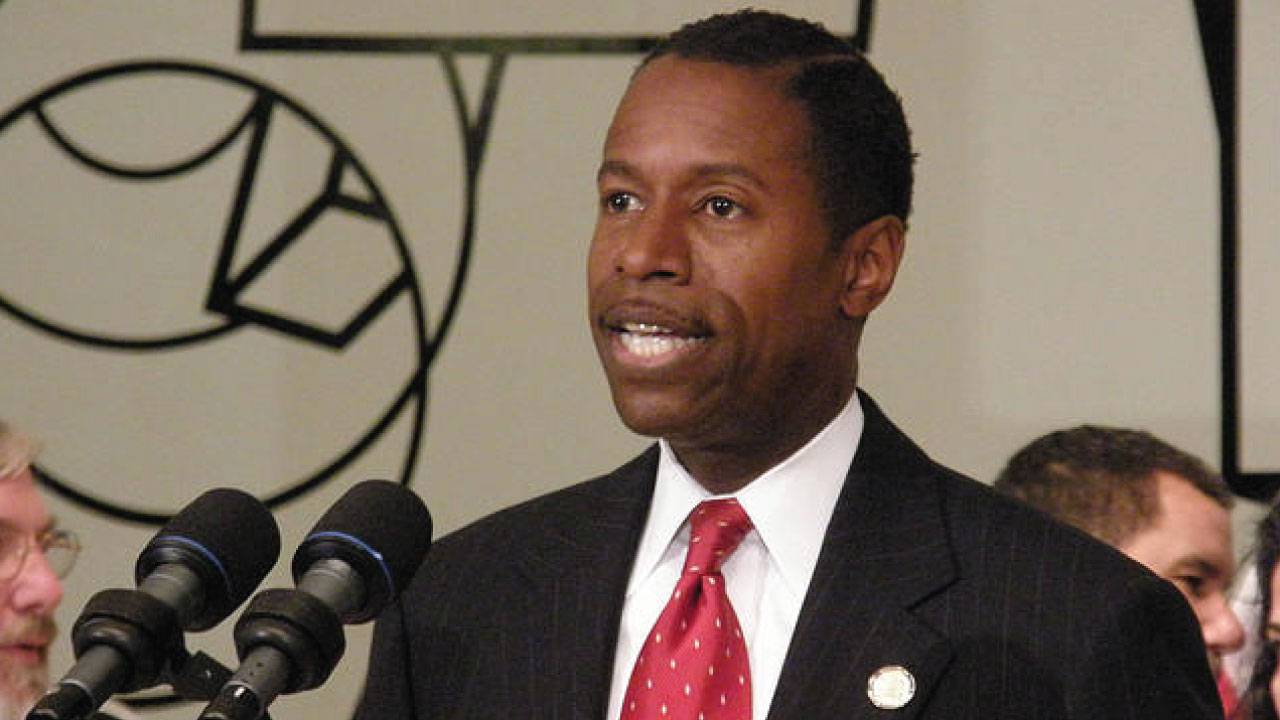 State Senator Malcolm Smith, a former Senate Majority Leader, has been arrested and indicted in a far reaching bribery and corruption scandal.

Smith, a Democrat who was leader of the State Senate in 2009 until taken out in a coup attempt, was seeking the Republican nomination for Mayor of New York City.

He allegedly went to great lengths to achieve that, bribing the Bronx  GOP Chair and Queens Vice Chair  in order to secure the nomination, paying them tens of thousands of dollars. A New York City Councilman, Dan Halloran, who helped broker the deal, is alleged to have received over $20,500 for his part. Halloran also allegedly discussed possibly becoming police chief under a potential Smith Administration. In exchange for the bribes, the complaint alleges, Senator Smith was to use his influence to steer half a billion dollars in state taxpayer funds to build a road in Rockland County to benefit a real estate developer’s project. Smith and the others arrested did not know that the real estate developer was actually an undercover FBI agent. The Mayor and Deputy Mayor of Spring Valley in Rockland County were also charged.

US Attorney for New York’s Southern District Preet Bharara, says the “sad and disappointing” message sent by the alleged scheme is that when it comes to politicians, it’s all about money and self interest. And he liked the arrests to a scene from the movie Groundhog Day.

“What can we expect when transgression seem to be tolerated and nothing seems ever to change?” the US Attorney asked.

A spokesman for Smith says the Senator expects he will be “vindicated when the all the facts in the case are revealed.”

Senator Smith had this year joined a break away faction of Democrats in the State Senate, known as the Independent Democratic Conference. Just hours after Smith’s arrest IDC Leader Jeff Klein issued a statement saying he has revoked Smith’s committee and leadership posts, and questioned whether Senator Smith could “continue to effectively serve his constituents.”

US Attorney Bharara also challenged other New York politicians to “step up to the plate” to fight what he says is the pervasive culture of corruption rife with “dirty politicians”.

“Clearly, there is some problem here,” Bharara said. “Something more than simply a blunt persecutor’s tool needs to be brought to bear.”

Governor Cuomo, in Buffalo on a day that he hoped would focus on the newly completed state budget, says  the allegations against Senator Smith and the others are “serious.”

“It is very, very troubling,” said Cuomo, who says he has “zero tolerance” for any “violations of the public integrity and the public trust.”

Government reform groups say this latest scandal points to the need for publicly financed elections. Karen Scharff, with Citizen Action, is spear heading the Fair Elections Campaign, which is holding town meetings in locations across the state during the legislator’s two week spring break, and is also running television ads.

“New Yorkers don’t really need another scandal to know that big money has a corrupting influence in politics and in Albany,” Scharff said.

Senator Smith and the others were arraigned in federal district court in White Plains on numerous charges. If convicted on all counts, they’d face decades in prison.