The leader of the Senate Republicans says he’s against Governor Cuomo’s proposal to require local governments in each county to offer government consolidation plans to go before voters in November.

Senate Leader John Flanagan told a meeting of the state’s mayors that the governor’s proposal while “laudable in its intent”,  it is too “convoluted” and forces local voters to dive too deeply into the sausage making of local government.

“Can we try to make sure that we’re being efficient and saving taxpayers money? Yes, absolutely,” Flanagan said. “But a carrot and stick are two different things.”

Senator Flanagan also says he doesn’t think there are too many local governments, as Governor Cuomo has contended. He says if the public thinks the local entities are too numerous then they can, under the present law governments, take steps to dissolve those government.

The conference of mayors also opposes the governor’s proposal, calling it “another top-down state mandate that ignores the root causes of high property taxes”. The mayors are asking for $133 million dollars in state aid that they say has been cut in recent years from the budget. 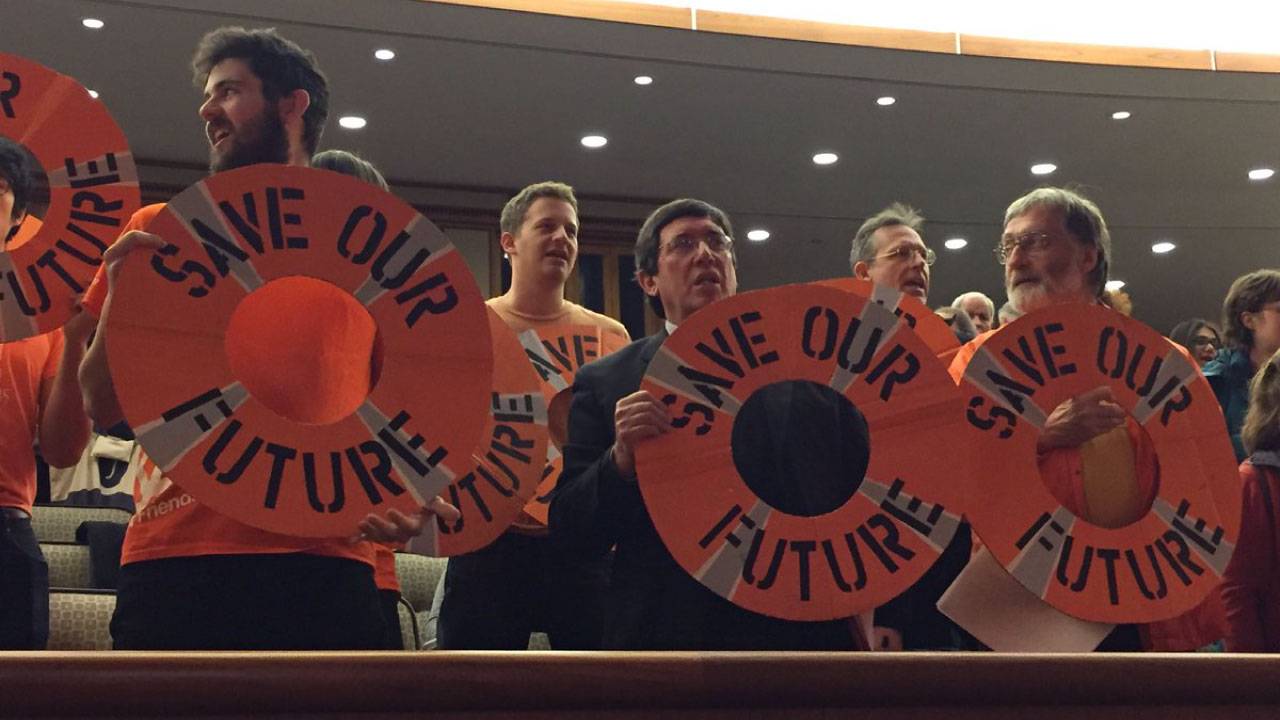