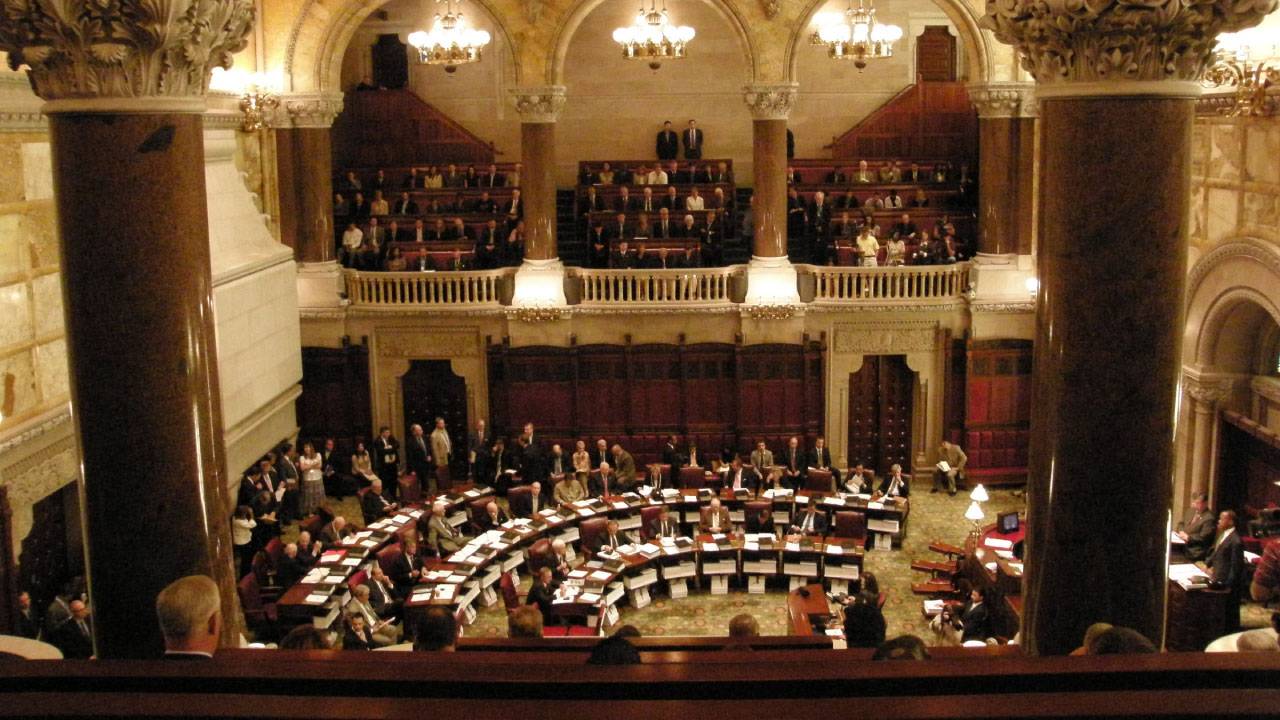 The New York State Senate began a series of hearings on climate change Tuesday. Democrats who lead the chamber back a measure to eliminate all greenhouse gas emissions in New York by 2050, but that may come into conflict with a program being pushed by Governor Andrew Cuomo.

Governor Cuomo featured in his 2019 State of the State message a plan to require that 100% of the electric generated from the state's public utilities come from renewable sources by 2040.

“Let’s take the next step,” Cuomo said on January 15th.

A measure backed by Senate and Assembly Democrats, known as the Climate Change and Communities Act,  would go farther. It would require that ALL emissions in New York State, not just the electrical power grid, be carbon neutral by 2050. That includes cars, public transportation, and home and office building heating sources.  The bill sets up a board to determine how exactly to meet that goal.

The measure was stalled in the State Senate for several years when the chamber was led by Republicans. Now that Democrats are in control, the measure is gaining momentum.

The governor’s plan would also create a board to work toward the goal of making all of New York’s energy carbon neutral, but sets no specific goals or timetables.

At a hearing held by Senate Environmental Conservation Chair Todd Kaminsky and other Democrats,  environmental groups praised the legislature’s plan. Roger Downs is with the Sierra Club.

“It’s difficult to overestimate the grave future implications of climate change,” said Downs. “And the urgency to act now before the cataclysmic effects of a warming planet are irreversible.”

Downs also credits Cuomo for advancing his measure but says he thinks the Senate plan is better.

The head of the governor’s Energy Authority Alicia Barton defended the governor’s plan. She told Senators that her office already has a strong track record of moving toward lowered carbon emissions and that the Green New Deal is the strongest plan in the nation. She urged the legislature to adopt the plan as part of the state budget.

“It would represent the single most aggressive set of policies ever advanced in our nation’s history,” Barton said.

Senator Brian Kavanaugh asked Barton why the process can’t move faster and says the legislature could come up with a timetable during the 2019 session.to achieve the zero emissions goal.

“Why wouldn’t we instead use the legislative process?”

Kavanaugh asked, “And come up with some standards we could actually enact over the next few months or so.”

Barton urged caution against going too far, too fast.

“This is not a situation where there’s a playbook we could take off the shelf,” Barton said. “  And jump into action without considering the magnitude of changes.”

Business groups who testified expressed concerns that moving too quickly toward green energy might be too costly for employers in the state.

Greg Biryla, with the National Federation of Independent Business, warns that there could be “unintended consequences”.

He says if energy costs go up, businesses may have to raise their prices or lay off workers.

Speaking after the hearing, Senator Kaminsky says his committee will take the business leaders’ concerns into consideration when going forward.

And he says, while he favors the Senate and Assembly Democrats plan to fight climate change over the governor’s version, he realizes that they all have to work together to come up with a solution.

“The fact that we are all trying to out-green each other either in Congress or here is a really good thing,” Kaminsky said. “Because we really have no time to wait.”

Bronx Congresswoman Alexandria Ocasio-Cortez gained national attention for her Green New Deal proposal, which she is sponsoring along with Massachusetts Senators Edward Markey. It goes further than either the New York legislature’s or the governor’s plan and would eliminate all carbon emissions in the US in the next 10 years. 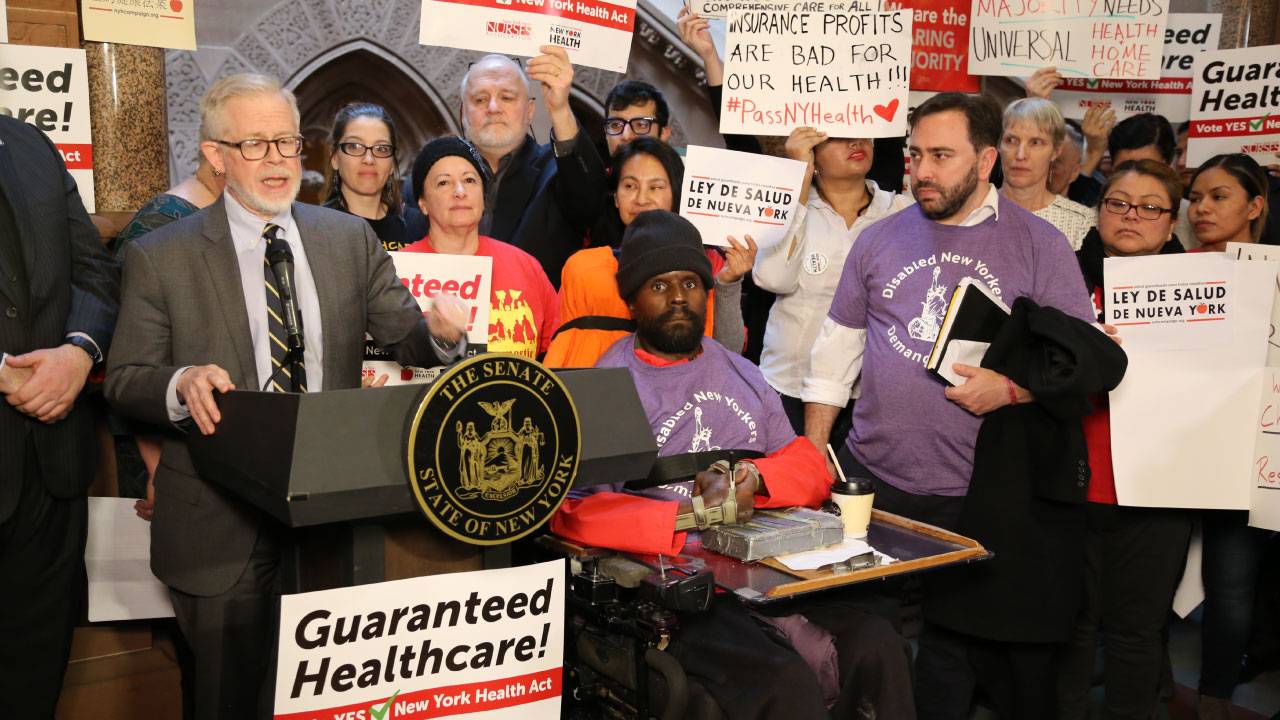