Tensions between opposing groups of Democrats in the Senate reached a flash point this week- over whose faction would be allowed to present their budget priorities for a floor debate, in an exchange that included some racially charged name calling.

A growing group of 8 breakaway Democrats, who rule the Senate in an informal coalition with 31 Republicans, have left regular Democrats smarting for some time now.

But the mainstream Democrats’ patience reached a breaking point when they found that the breakaway Democrats, known as the Independent Democratic Conference, were permitted to introduce their own blueprint of budget priorities on the Senate floor, while the regular Democrats, who have around two dozen members, were prevented from doing so.

Senator Stewart-Cousins and the other mainstream Democrats are trying to use to their advantage the unpopularity of President Donald Trump among most New Yorkers, and have increasingly tried to tie the independent Democratic Conference to Trump, because the IDC is in a coalition with the Senate GOP.

“The Republicans are choosing which Democrats they want to hear from,” said Gianaris who said it was not surprise that the GOP picked “what the Daily News called Donald Trump’s New York Democrats”.

That was too much for one of the Independent Democrats’ newest members, Senator Marisol Alcantara, who got personal with Gianaris, a Greek-American with a degree from an ivy league college.

“At the end of the day he is white man with a degree form a Harvard,” Alcantara said. “And I refuse to have  him use his white privilege-“

The Senate erupted. Senator Joseph Griffo, who was presiding over the Senate, tried to get back on track, and urged Senator Alcantara to “avoid personal invective”.

Senator Alcantara, who came to the US from the Dominican Republic at age 12,  was finally allowed to continue.

The remarks caused Gianaris to lose his temper.

“There’s a college here who talked about me, and who frankly knows nothing about me. Nothing,” said Gianaris. “She doesn’t know that my father had his home literally burned to the ground by the Nazis.”

Senator Gianaris said his parents immigrated to the US with nothing, and he makes no apologies for becoming successful.

The bickering prompted a rare rebuke from the Republican Senate leader, John Flanagan, who urged members to exhibit “decorum and professionalism”.

Afterward, IDC leader,  Senator Jeff Klein said the point of his members’ separate budget resolution was to prove that they are serious about governing, and not to make “political points”. But he said the remarks were “unfortunate”, and Klein did not exactly defend Senator Alcantara’s comments.

“Senator Alcantara is very passionate,” Klein said. “She takes her job and her community and her heritage very seriously.”

Despite Klein’s assertion that his conference is growing in influence and acceptance, the IDC is experiencing some blowback for cooperating with the Republicans in the Senate. Some of its members have faced angry crowds at town hall meetings earlier this winter, who called them traitors and demanded they be thrown out of office. The Independent Democrats blame outside organizers for the disruptions.

It may seem trivial to fight about whose budget resolution gets more attention, but in New York, the spending plans approved in late March often contain non-related policy items, like whether to treat 16 and 17 year olds as juveniles, not adults, in the state prison system, known as Raise the Age, and whether to allow ride-hailing services like Uber and Lyft to operate outside of New York City. 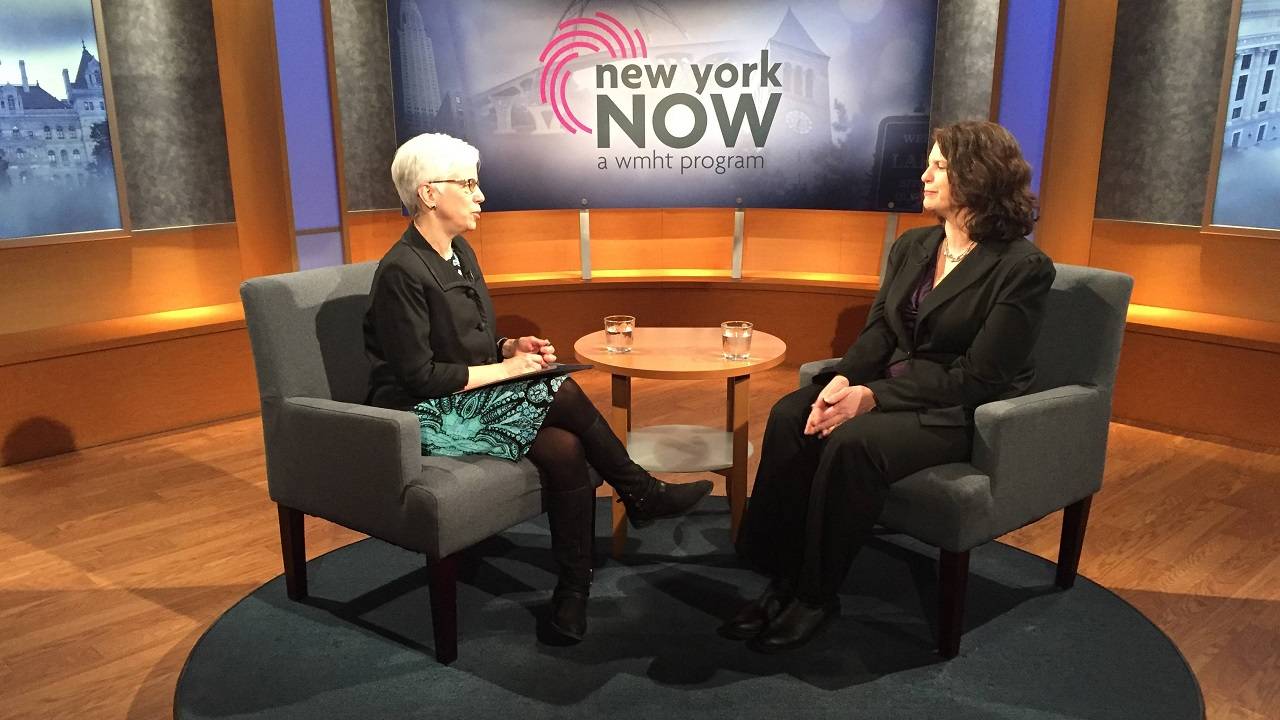