Pushback on plan to charge $25 to replace license plates

A plan by Governor Andrew Cuomo’s administration to require motorists to pay a $25 fee to replace aging license plates is getting some resistance. The governor says it’s needed to comply with new cashless scanners being set up on toll roads and bridges all over the state.

The transition to the new license plates includes a contest to allow New Yorkers to choose among five different designs for new plates to be issued beginning next year.  But the public does not have a say on whether they can keep their old plates, or avoid paying a $25 fee for new ones, beginning next April. There’s a $20 additional charge to keep the same plate numbers.

3.5 million vehicles have plates that are older than 10 years, according to the state Department of Motor Vehicles. The fees would bring the state at least an additional $75 million dollars.

The head of the state’s Republican Party Nick Langworthy questions the need to require New Yorkers to buy new license plates if their current plates are still readable and in good condition.

Governor Andrew Cuomo, speaking at the State Fair in Syracuse on Wednesday, says the new plates are necessary to be compatible with the new cashless tolling, now installed on bridges in New York City, and to be installed across the New York State Thruway within the next two years.

“The license plates are not designed for our license plate readers,” said Cuomo, who said the plates need to have a light background and dark letters or numbers in order to work properly.

According to the state DMV, the national industry group, the American Association of Motor Vehicle Administrators,  recommends that license plates be replaced at least every ten years, and that states should have an ongoing replacement program.

Under a state law passed in 2009, the DMV is permitted to charge a $25 fee for a new license plate. That law stems from a proposal by former Governor David Paterson. He proposed replacing all of the license plates in the state and charging the fee but backed down after negative publicity about the plan.

Cuomo says it’s only fair for the motorist to pay the fee.

State Senator Jim Tedisco, a Republican from the Schenectady area says while $25 is not going to break anyone’s bank account, it is part of a larger set of policies that have led to New York having one of the highest tax rates in the nation, and that he says has led to an outmigration of nearly 200,000 New Yorkers last year.

Tedisco says the some of the license plates are deteriorating because the state contracted with a company that used a faulty lamination process. And he says the company, not the drivers, should pay for it.

Tedisco created his own parody license plate design on Twitter to illustrate his point.

The DMV says the materials for the plates are going to come from a new vendor. The license plates continue to be assembled by prisoners in state correctional facilities.

EJ McMahon, with the fiscal watchdog group The Empire Center, says it makes sense for the state to replace plates that are peeling and hard to read, in an era where toll collections are increasingly dependent on electronic scanners.

“We’re in an ear now where the state increasingly is literally banking on the legibility of license plates to enforce tolling,” McMahon said.

But he says it already costs over $100 to register a car when other add on fees are included. He says perhaps the governor could have handled it differently and waived the new fees.

At least one Democrat has also spoken against the plan. Assemblyman Angelo Santabarbara, complained in a tweet about the new fee, saying the plan was “taking more of our hard-earned money”. Santabarbara, from the Capital Region, also criticized a license plate contest that did not include enough depictions of upstate New York. 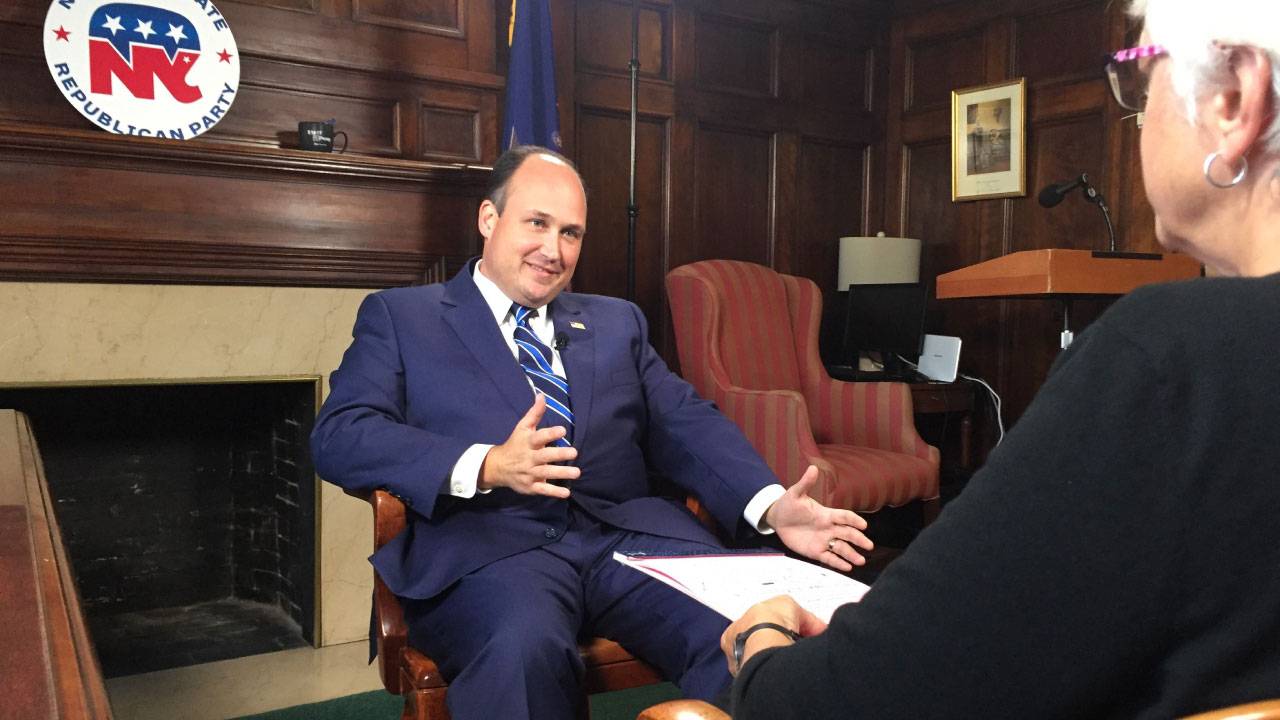