There’s more evidence that the Presidential race may be effecting which party controls the State Senate.

Currently, the GOP is holding on, with the help of one Democrat who meets with them. But a new Siena College poll finds that nearly two thirds of voters think that Donald Trump at the top of the ticket will not help Republicans hold on to the Senate, and Hilary Clinton as the Democratic Presidential candidate will actually help Democrats regain the Senate, says Siena spokesman Steve Greenberg.

“This is a sentiment, this is not a look at a particular Senate district,” said Greenberg, who said the poll shows there are a “sizeable number” of republican voters who are concerned about Trump at the top of the GOP ticket.

“They don’t want to support him, and are not sure whether they are going to come out and vote or not,” Greenberg said.

The politics of the Senate are far more complicated than just Democrats versus Republicans, though. Five Senators meet in their own group, the Independent Democratic Conference. They have formed a coalition with Republicans I the past, and have not promised that they’d necessarily rejoin with the other Democrats after elections.

The poll also looked at the race for US Senate, and finds Senator Chuck Schumer, a Democrat, continues to be very popular, even among some Republicans, with a nearly 40-point lead over his challenger, Republican Wendy Long.

“We’re less than 12 weeks to Election Day, and it appears that Chuck Schumer is coasting to coasting to an easy reelection to a fourth term,” said Greenberg.

Senator Schumer is also likely to be the next Senate Majority Leader, should Democrats regain control of the US Senate. 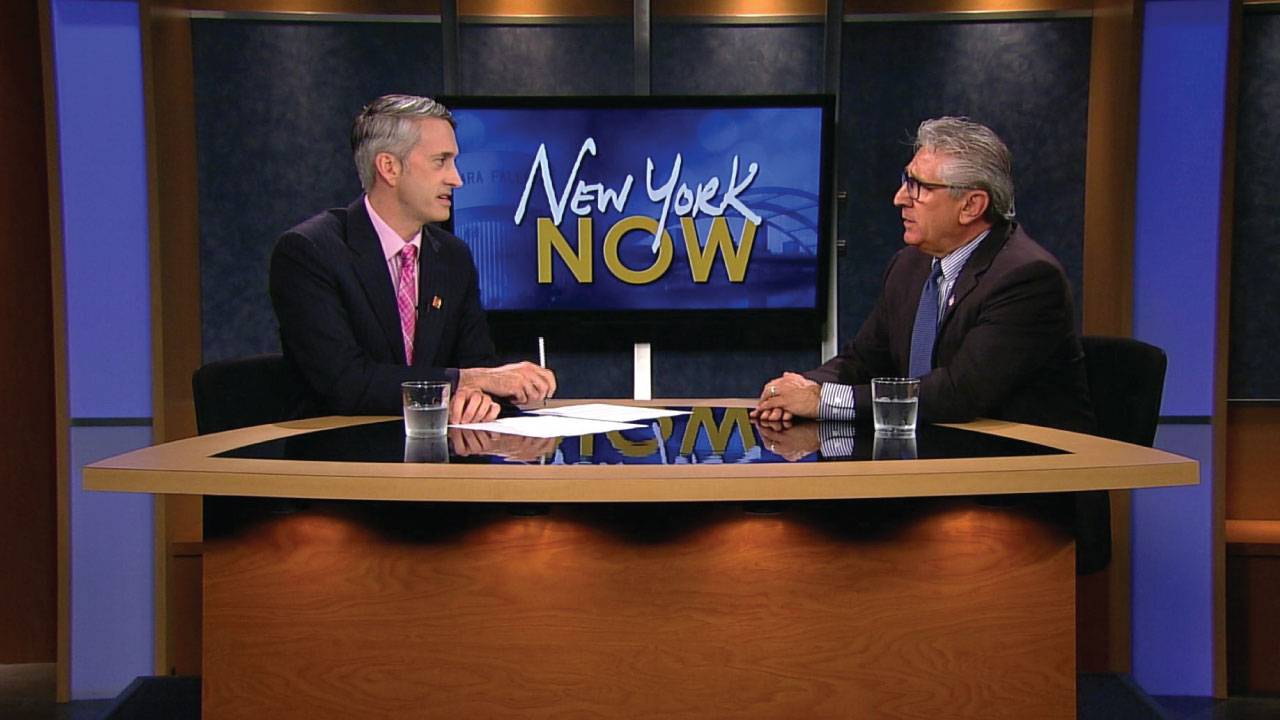