Poll shows Cuomo ahead of opponents, but governor isn't taking any chances

A Siena College poll finds Governor Andrew Cuomo is securely ahead of his challengers, Democrat Cynthia Nixon and Republican Marc Molinaro in his re-election bid. Meanwhile, Cuomo is using some of his substantial $30 million dollar campaign war chest to promote an anti-gun violence measure.

The poll finds Cuomo ahead of Nixon by around 35 points, at 61 to 26 percent, among Democrats who say they are likely to vote in the November election.

The poll did not survey likely primary voters, who will vote in September, Siena spokesman Steve Greenberg says they’ll do that later this summer.  But he says nevertheless, Nixon faces an uphill battle, by taking on an incumbent governor with high name recognition and a positive rating from two-thirds of Democrats.

“She not only has to get known to voters, and give voters a reason to support her,” said Greenberg. “She has to get the electorate, in this case, Democrats, to say ‘even though we like this guy, we’re not going to vote for him we’re going to vote for you instead’. Tough challenge.”

Nixon’s campaign is undeterred by the numbers and sees some positive signs in the poll. Spokeswoman Lauren Hitt says despite the governor’s heavy spending on TV and social media ads, and his presiding over the Democratic State convention in late May, Cuomo’s numbers have not moved significantly since Nixon announced her candidacy earlier this year. And Hitt says 60% of voters view Cuomo as doing a poor or fair job in office.

The poll also asked about Cuomo’s Republican challenger, Marc Molinaro. While  71% of likely November voters say they either had not heard of him or don’t know enough about him, Molinaro trails Cuomo in the race for governor by just 19 points, at 56 to 37 percent. Greenberg attributes the numbers to entrenched party loyalty.

“A lot of Democrats and Republicans are straight party-line voters,” Greenberg said.

Molinaro spokeswoman Katy Delgado says the poll numbers are encouraging and says Molinaro is 16 points ahead of where the 2014 GOP candidate for governor, Rob Astorino, was at this same time in the race. And she says Molinaro is only four points behind Cuomo among independent swing voters, at 44 to 40 percent.

Despite the positive polls, Cuomo seems to be taking no chances with his re-election bid. He embarked this week on a school bus tour, stopping at schools in the Bronx and the Hudson Valley,  to promote an anti-gun violence bill that would allow teachers, school administrators and even parents to get a court to confiscate a family’s guns if a student is believed to be a potential danger to themselves or others.

The bill and the bus tour is also the subject of a new ad from Cuomo, who has a $30 million dollar campaign war chest. He’s also highlighting the issue in a fundraising letter to supporters.

The legislative session is in its final days, but Cuomo has not been in Albany to negotiate an actual law with the GOP led Senate, which has not signed on to the gun control bill.

Instead, Cuomo’s been using strong language against the Republicans, likening their views to that of President Donald Trump, who is not popular in New York.  Cuomo says Senate Republican Majority Leader John Flanagan fears the right wing of his party.

“Flanagan doesn’t want it to be voted on, because he’ll offend the upstate conservatives,” Cuomo said.

That led to angry words from Senate Leader Flanagan who said in a statement that the governor “threw in the towel” on the legislative session, and since the budget passed, has been “disengaged and disinterested” and is instead “content to govern by photo ops and press releases”.  And he says the governor has made no attempt to talk to him about passing legislation.

Greenberg, with Siena, says for politicians running for re-election, sometimes it’s better to have the issue than to get a law enacted.

“Most of them actually do care about doing things and doing good for the people they represent,” Greenberg said. “When it comes to political campaigns, sometimes it ’s not happening is better for your campaign that when it does happen. ”

Cuomo told reporters in Brooklyn on Wednesday that he has been talking to Republicans in the Senate, but he says they aren’t willing to compromise. 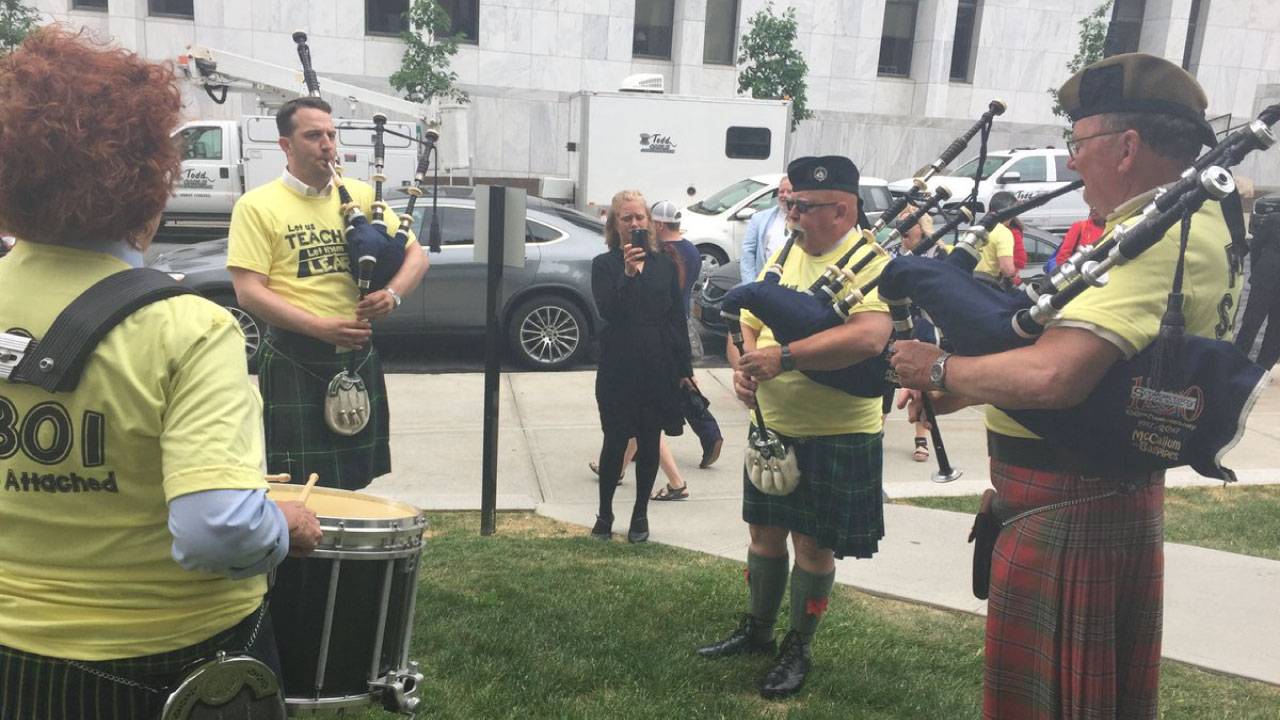