With just a few weeks left until the end of the legislative session, a new poll finds New York voters are still craving reform in state government, and they’d rather not see a new law to expand state gambling by legalizing daily fantasy sports.

For the second month in a row, the Siena College poll reports that nearly 100 percent of those surveyed want something done about the corruption in Albany that’s led to both former leaders of the legislature sentenced to prison and the U.S. Attorney’s investigation of Gov. Andrew Cuomo’s economic development programs.

“With three weeks to go in the legislative session ethics, fighting corruption is still the No. 1 issue for voters,” said Siena spokesman Steve Greenberg, who noted that 96 percent of New Yorkers continue to say that passing anti-corruption legislation is important.

The poll holds mixed news for Cuomo. He continues to be moderately popular, with 54 percent of New Yorkers viewing him favorably and 48 percent saying he’s doing a good job in office. Those numbers have remained constant for the past year. And two-thirds of those surveyed believe he is an ethical public official.

But some may be growing tired of the governor in office.

Greenberg said only 42 percent of those surveyed say they are prepared to elect Cuomo to a third term as governor, while 49 percent say they’d prefer someone else. Only slightly more than half of Democrats say they would support the governor in 2018. The rest would like a chance to vote for someone else next time around.

The head of the state’s Republican party, Ed Cox, jumped on Cuomo’s perceived weakness, pointing out that the governor’s job performance numbers have been “under water” for months now, and predicting that the ongoing investigation of the Buffalo Billion and other high-tech economic projects means that “dissatisfaction will grow.”

Cuomo’s people pointed out his continued favorable ratings above 50 percent, despite a month of bad headlines about the ongoing federal probe.

Cuomo says if there is no ethics reform this year, it won’t be his fault. He says he’s trying to press the legislature to agree to changes, and has even released eight different versions of a bill to end a campaign finance loophole that allows limited liability companies to skirt donation limits. But he’s doing his best to lower expectations, as he did during a recent appearance in New York City.

The poll also found that most New Yorkers want the state to permit ride-sharing services like Uber and Lyft to operate outside of New York City, but they are not in favor of a proposal to legalize daily fantasy sports gambling, including games offered on popular websites like FanDuel or DraftKings. That bill is likely to advance through legislative committees later this week. 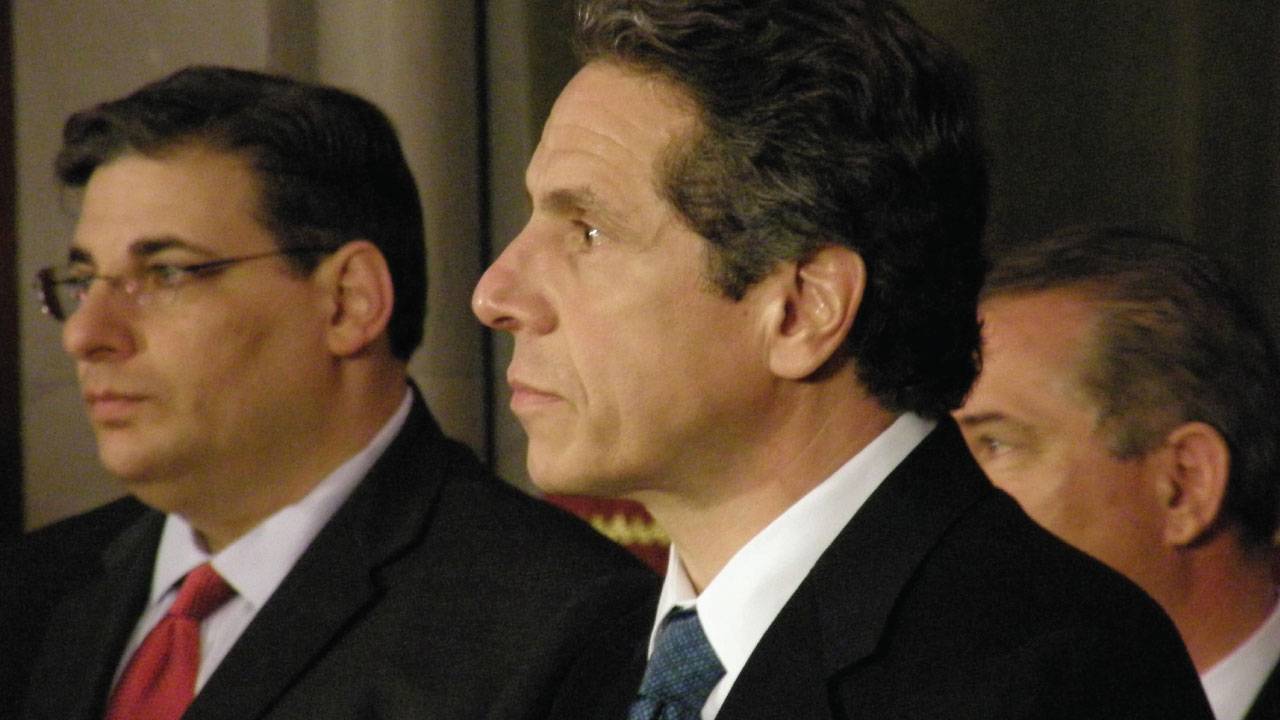