There are three propositions on the ballot in Tuesday’s elections.

Proposition One gives voters a once in twenty years chance to decide whether to hold a constitutional convention.

Supporters say it’s an opportunity to reform unethical practices in Albany that have led to both former legislative leaders facing corruption charges. Nine former associates of Governor Cuomo also have been charged with crimes including bribery and bid rigging.

Opponents, including the state’s major unions and environmentalists as well as gun rights groups and the Conservative Party, say the state’s constitution includes many rights. They are concerned the convention could be hijacked by groups that don’t agree with their views.

Blair Horner is with the New York Public Interest Research Group, which is remaining neutral on whether to hold the convention.  He says the arguments really boil down to two basic elements.

The other two ballot propositions each amend just one section of the state’s constitution.

Proposition Two gives a judge discretion to revoke the pensions of public officials convicted of felonies for crimes committed after January 1, 2018. The federal constitution prohibits the state from imposing additional penalties for past crimes, so the change would not affect several state politicians convicted of crimes in recent years. Politicians elected after 2011 are already subject to pension forfeiture if they are convicted of serious crimes.

Proposition Three creates a 250-acre land bank for the Adirondack and Catskill forever wild preserves. It allows local government in the parks to withdraw land from the land bank to made road and bridge repairs and lay cable alongside roadways on lands that otherwise are subject to strict land use rules. Environmental groups as well as elected officials in the region all support the measure.

The biggest challenge, say advocates of the proposals, is for voters to remember to turn their ballot over and vote on the three propositions. John Conklin, a spokesman for the state Board of Elections, says an effort will be made to remind voters, including arrows on the ballots, or signs at the polling place.

The Board of Elections is also working to dispel a couple of myths that have been circulating on social media.

One is that, if a voter does not vote for or against a proposition, and leaves it blank, then it counts as a yes. Conklin says that is not true.

And it won’t be counted for anything, he says.

Another bit of fake news on social media is that the ballot scanners will reject the ballot if a voter leaves the proposition page blank. That is also not true. Conklin says the scanners only reject a ballot if someone votes twice for an office, or ballot question, that requires just one answer, to give the voter a chance to fix the mistake.

Polls are open until 9 pm. The Board of Elections website can also help voters find their polling place. 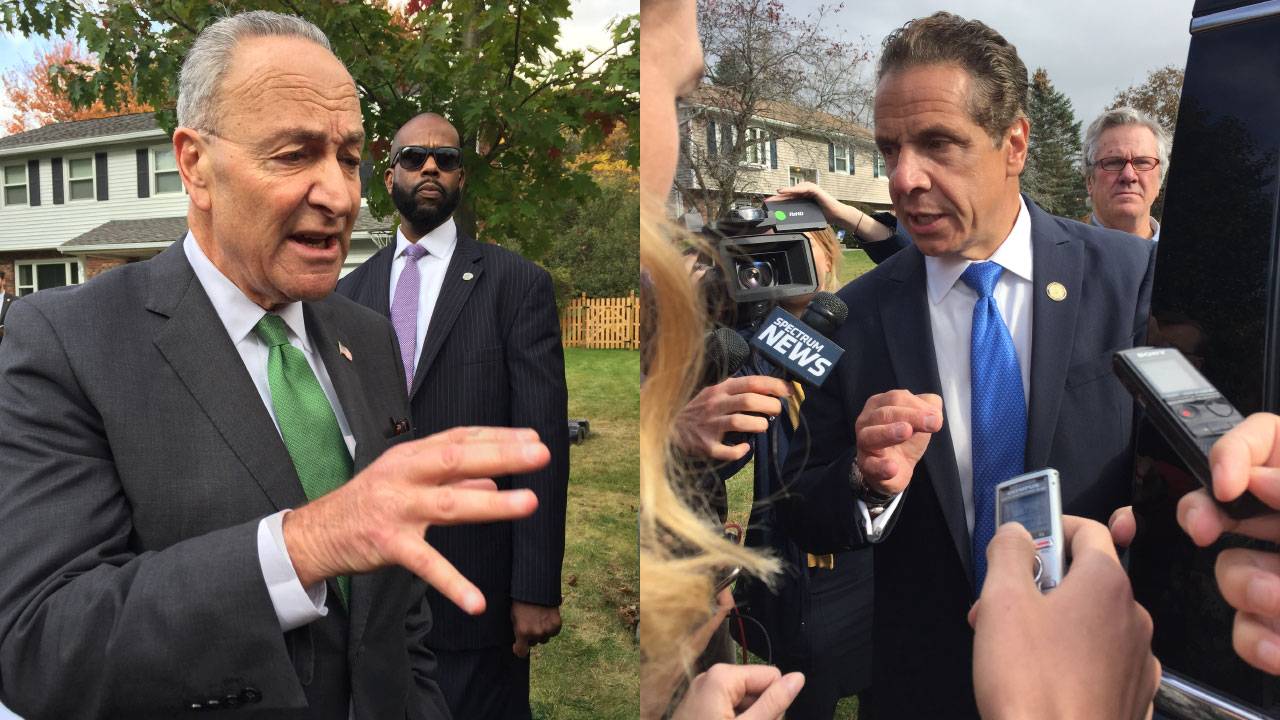