Now that the Republican National Convention is over, the next step for Republicans, after the Democrats are done with their gathering, is to begin the Presidential election campaign. The head of Trump’s New York campaign say he expects the state to be in play.

Buffalo businessman Carl Paladino says even though New York has many more Democrats than Republicans, Trump wants to compete against Hillary Clinton in his home state.

Paladino says he expects lots of support from the state’s Southern Tier, where many people are disappointed with Governor Andrew Cuomo’s ban on fracking.

But relatively few people live in the Southern Tier, compared to hundreds of thousands of Democrats who live in New York City. Paladino says his strategy will be to draw a line around four of the five boroughs, he expects Trump to win Staten Island. He says he’ll work to promote the Republican candidate in Trump’s home borough of Queens, but is writing off Manhattan, Brooklyn and the Bronx.

“I won’t spend a nickel there, to be honest with you,” Paladino said.

“Being from New York City, he has a chance,” said Dadey, who says Trump would need to receive as little as 30% of the vote in Manhattan to win if he does well in other parts of the state”.

A Quinnipiac University poll conducted just before the conventions found Democrat Hillary Clinton leads Trump 47 – 35 percent among all New York State voters, and that Clinton leads in all age groups. Trump leads only among men, 44 to 40 percent. Women favor Clinton, by a nearly two to one margin.

Trump at the top of the ticket will have an impact on the State Senate races, where the Republicans are hanging on to the majority with the help of one Senate Democrat, who conferences with them.

Senate GOP Leader John Flanagan, who earlier in the week expressed reservations about some of Trump’s foreign policy initiatives, like building a wall on the Mexican border, offered his strongest support yet in a speech before the New York delegation on Thursday morning.

“I am supporting Donald Trump for President,” Flanagan declared. “And I’m going to do so with grace, with diplomacy, with passion.”

Larry Levy, Dean of the National Center for Suburban Studies at Hofstra University, says Trump will have an influence in the down ballot races.

“Donald Trump will have more to do with whether the Republicans retain control of the Senate than anything else,” said Levy. “Than any other person than any other issue, even the ability to raise a lot more money than the Democrats.”

Levy says Trump may help candidates in the more Republican Suffolk County, on Eastern Long Island, but he could be a hindrance for candidates in Nassau County , where there are more Democrats. It’s also where many senior GOP Senators, including Flanagan, live.

The state’s progressive Working Families Party lost no time responding to Flanagan’s remarks. “There is no way you can support a campaign based on racism, xenophobia, fear, and misogyny with ‘grace’”, said WFP Leader Bill Lipton, in a statement. 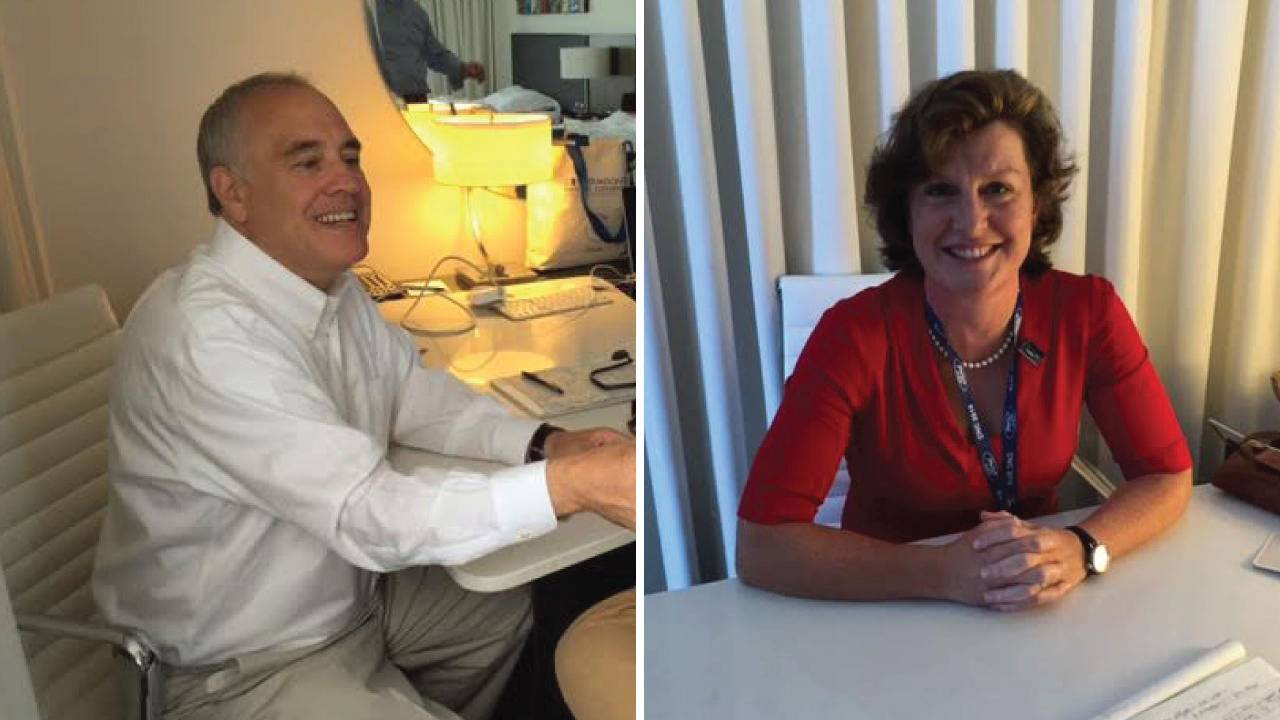