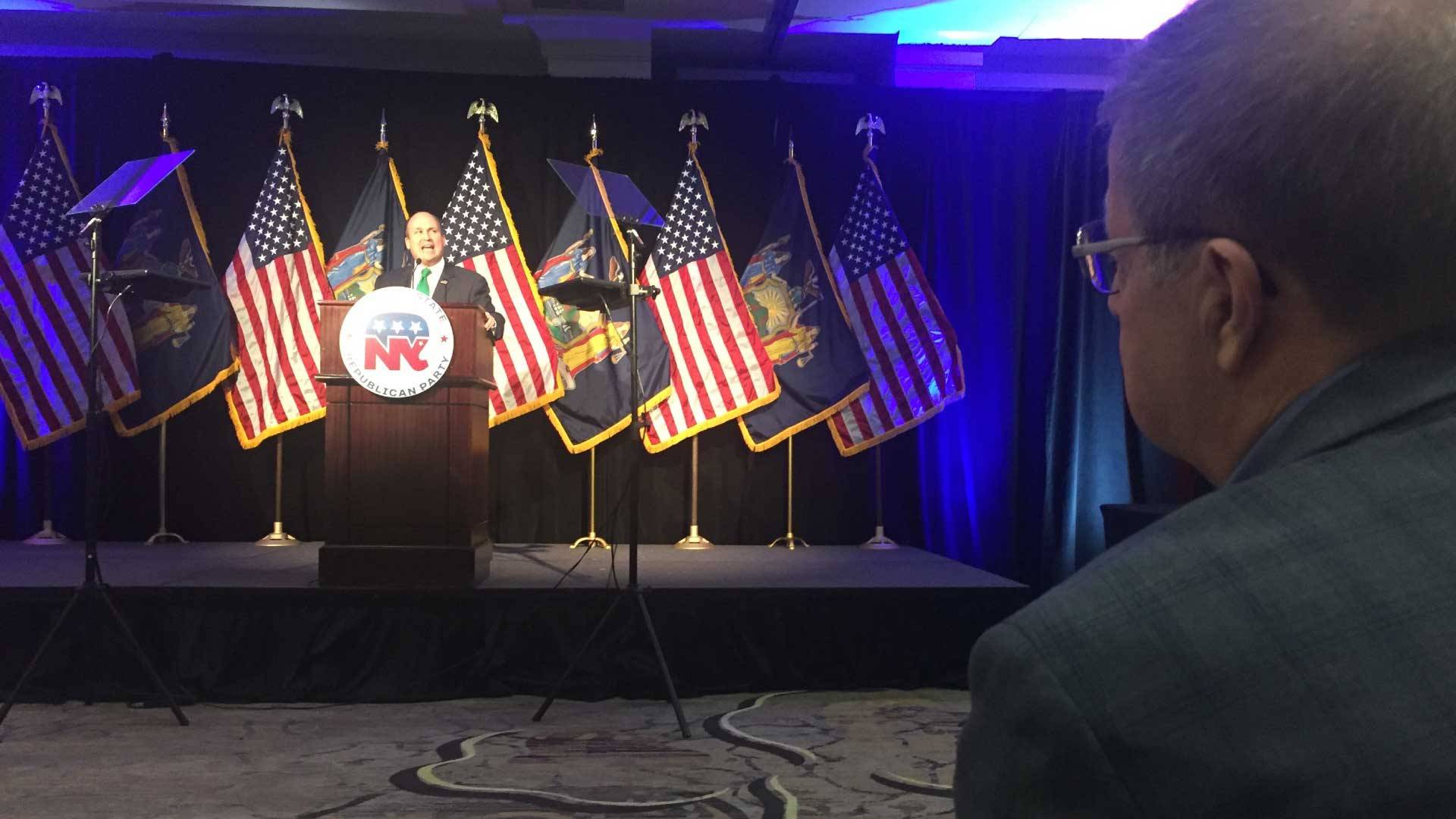 Call it a comeback.

That's what Republicans from across the state called today's election of Nick Langworthy to lead the state's political party.  The Erie County native takes over for Ed Cox who held the post for a decade.  The GOP made gains in Congress during Cox's term but it's been overshadowed by the fact that Republicans still haven't won a statewide race since 2002.  In addition, the party suffered a huge setback in 2018 when they lost control of the senate, the last bastion of GOP power in New York.

Two of the six Republicans members of Congress came to the Albany area to support Langworthy's ascension, including Rep. Elise Stefanik (North Country), who is seen as a rising star in party.

During his acceptance speech, the 38 year old leader of the party and ardent Donald Trump supporter, ripped Governor Andrew Cuomo for the state's high taxes, the "corruption that clouds his administration" and out-migration of population.

The first real test of Langworthy's leadership will come in 2020 when members of the legislature and U.S. Congress are up for reelection.