A chain saw wielding ad says he intends to be independent, including from his predecessor Tom Libous, who resigned the seat after a felony conviction.

Fred Akshar, in an interview with public radio and television, says he’ll buck the rest of the Senate Republican conference, if he has to, in his efforts to look out for the interests of his economically challenged Southern Tier district. But he says he’s also interested in compromise. Akshar says he won’t have much to do with his predecessor, former Deputy Majority Leader Tom Libous, who was forced to resign from the Senate earlier this year after a conviction of lying to the FBI.

“I’m an independent person,” said Akshar. “I won’t be seeking any advice from Senator Libous.”

The former deputy sheriff says he won’t be taking any outside income, which has led to criminal charges against other Senators, including the Senate’s most recent leader,  Dean Skelos, who goes on trial later this month.  Akshar says he will receive only his yearly salary as a Senator for now.  But he says if he does in the future, he will be “transparent” about it.

Akshar also says he’s not a fan of Governor Cuomo’s push to raise the minimum wage to $15 an hour. He says he’s heard from business owners in the Binghamton and surrounding areas who say it would be hard ship.

And he says his support of reauthorizing the state’s property tax cap when it comes up for renewal this spring is contingent upon mandate relief for local governments and school districts.

Akshar says his 15 years in law enforcement has caused him to witness first hand the effects of the growing heroin epidemic. He says he wants the state to focus on treatment and prevention, rather than more punitive measures like jailing drug users. He says there’s only a small window of time when someone can be persuaded to give up their addiction to heroin and other opiates.  He says he favors medical marijuana, but does not support legalizing medical marijuana for recreational purposes. 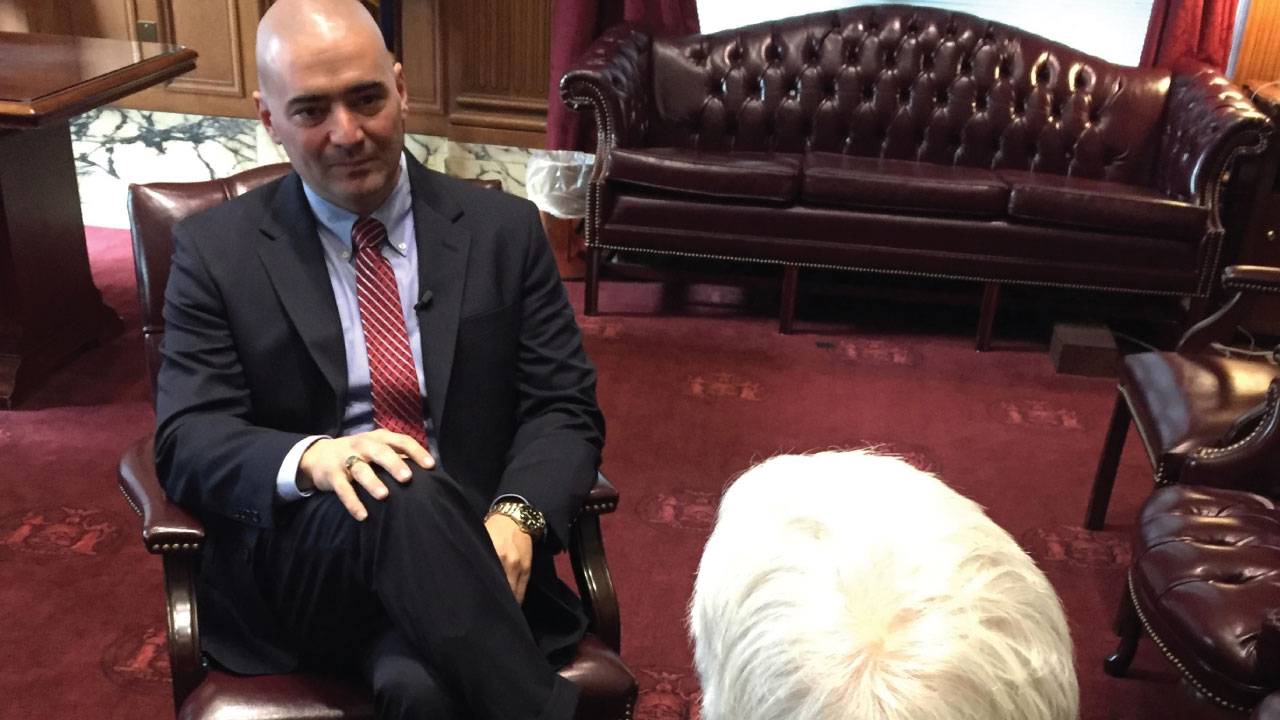