More pressure on Democrats in Senate to unite

There’s growing pressure on a group of breakaway Democrats in the State Senate to reunite with the mainstream Democrats and form a majority to rule the Senate.

At a rally in Harlem, many of the state’s top African American politicians, chanting “Andrea, Andrea”,  voiced their support for the current leader of the Democrats in the Senate, Andrea Stewart- Cousins, to become the majority leader of the Senate.

The rally, held near a statue of the Underground Railroad hero Harriet Tubman, was organized after a New York Times storyreported about an exchange between Governor Cuomo and Senator Stewart –Cousins, during a private meeting between the governor and Senate Democrats in late July. According to the report, Cuomo told the mainstream Democrats to look to the leader of the breakaway Democratic faction, Senator Jeff Klein of the Bronx, in order to learn how to be more effective gaining seats in the suburbs. The Times reported that Senator Stewart- Cousins, who represents portions of Westchester in the Senate, answered that she too, knows how to represent the suburbs, and accused Cuomo of not seeing her because she is a woman and African American. A Cuomo official says the governor’s comments were not directed at Stewart- Cousins, but instead at the Senator she put in charge of the Democrats’ election campaigns, Mike Gianaris, who is white.

Nevertheless, the report of the exchange led a top political donor and charter schools supporter, Daniel Loeb, to post on Facebookthat Stewart-Cousins has done  “more damage to people of color than anyone who has ever donned a hood.” The post was deleted, and Loeb apologized, but the damage was done.

The comments took on added meaning after the weekend white supremacist rally in Charlottesville, Virginia, where three people died. President Trump did not condemn the groups until two days later.

Congressman Adriano Espaillat, along with the rest of New York’s Democratic Congressional delegation, supports the reunification of the Democrats in the state Senate.

“In the post- Trump era, there is no wiggle room,” Espaillat said.

Loeb has donated money to Governor Cuomo, and the breakaway democratic leader Klein. Both men immediately condemned Loeb’s remarks.  New York City Comptroller Scott Stringer announced that he was using the money he received from Loeb to donate to a mainstream Democratic candidate running in a primary against one of breakaway Democrats.

Senator Stewart- Cousins did not call out Loeb for his remarks during her speech at the rally, though she did issue a statement calling the comments “outrageous and offensive”. She instead spoke hopefully of the mainstream Democrats uniting with the breakaway Democrats.

“We need to come together as Democrats because people are expecting that of us,” said Stewart- Cousins. “That’s been my entire message”.

Governor Cuomo has been accused in the past of not doing enough to help Democratic candidates for state Senate, and of supporting the breakaway Democrats.    Cuomo spokesman Rich Azzopardi says the Governor “fully supports Andrea Stewart-Cousins and Democratic unification”.

“He spent a lot of time and energy and successfully brought the two sides together in 2014 and is working very hard again to end the personal agendas and infighting that is causing the divide and unify the factions,” Azzopardi said.

The governor did hold a fundraiser for Senate Democrats and backed two of the group’s candidates during the 2016 races. Azzopardi says it's more important than ever that  Democrats unite when their “values are under attack by the Trump Administration”.

Even if the two Democratic factions were to unite, they still would not have enough seats to take the majority. The Senate Republicans have 31 members, but a conservative Democrat, Simcha Felder, caucuses with the GOP and gives the Republicans the 32 seats they need to keep control of the chamber.

Senate GOP Leader John Flanagan, in an op ed piece for Spectrum News, said Democratic party infighting only highlights the party’s dysfunction and predicted that the Senate Republicans will stay in power and even pick up seats in 2018. 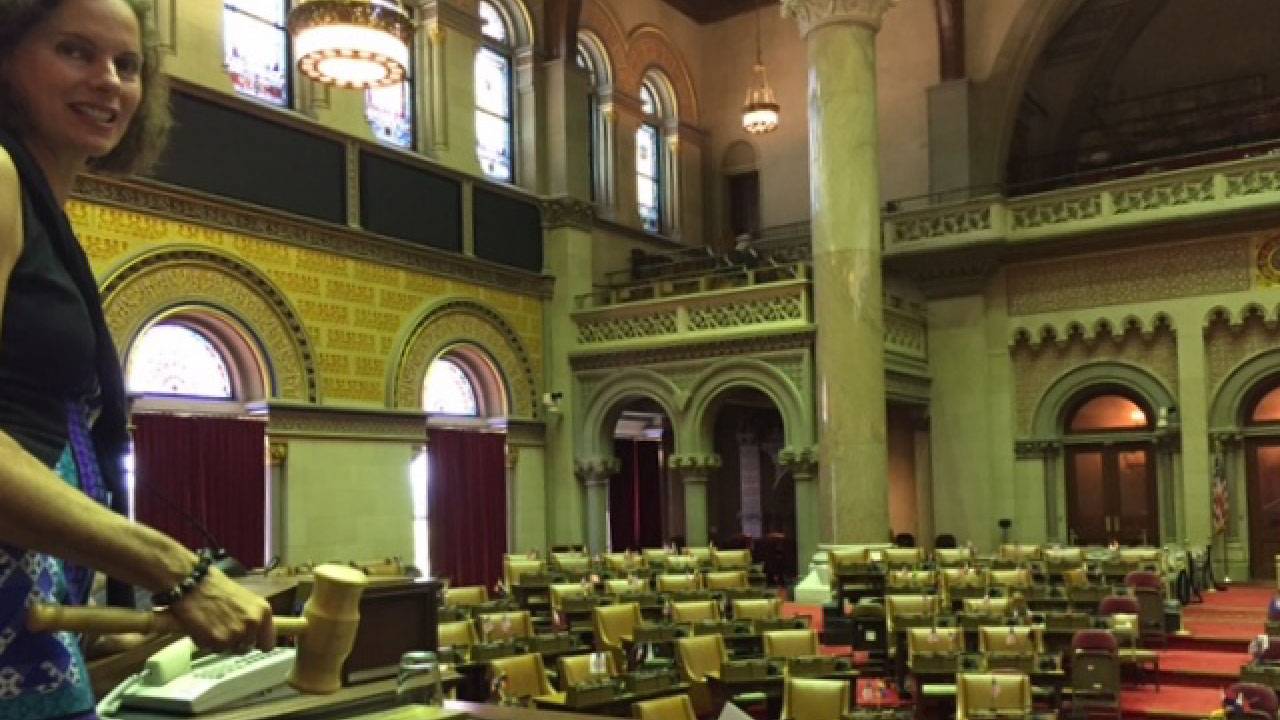