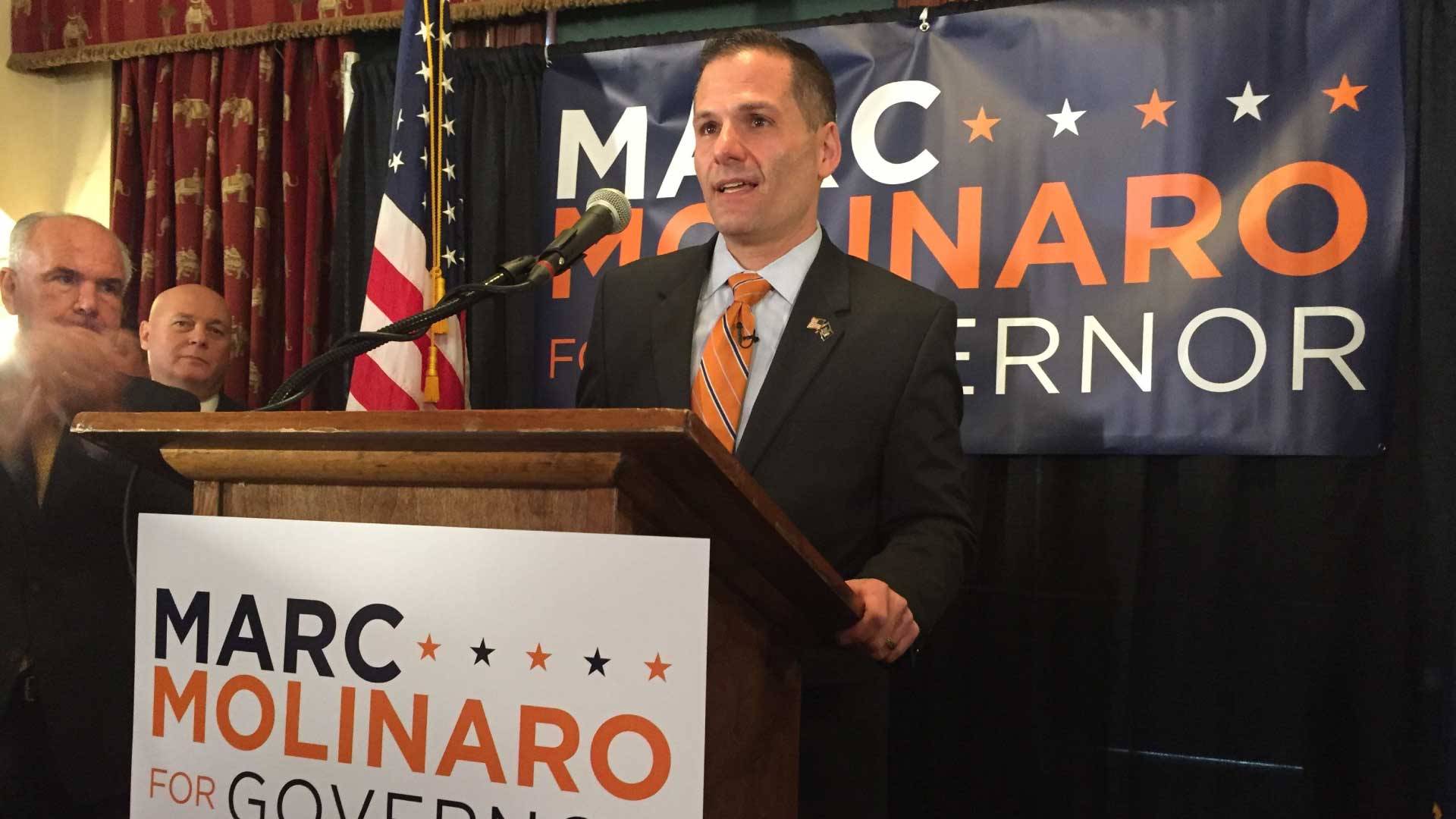 Marc Molinaro, the presumptive  Republican candidate for governor, released his tax returns for 2017, but his opponent, incumbent Governor Andrew Cuomo, raised the stakes, saying his GOP challenger should release ten years of tax returns. Meanwhile, a third candidate for Governor, Cynthia Nixon, has filed an extension and has not made any info available yet.

Molinaro and his wife, Corinne Adams, earned $174,048 last year, the bulk of it from his salary as Dutchess County Executive. They paid nearly $24,573 in taxes. And they received $27,000 in rent from a second house that they own in the village of Red Hook, for which they claimed a $15,764 loss for depreciation of the property. They also gave $1000 to charity.

Molinaro explained in late April why he was waiting until a few weeks past the April 17th filing date to release the details.

“I paid all my taxes,” Molinaro said. “We just wanted to make sure we had all the information accurately.”

Governor Cuomo released his taxes in mid-April. They showed Cuomo made just over $212,000 from his salary as governor and from investments. He paid around $55,000 in state and federal income taxes and gave $11,000 to a charity for the homeless that he founded over 30 years ago.

Hours before Molinaro released his 2017 filings, Cuomo’s campaign said the Republican candidate, who has held public office since he was a teenager, should release the past ten years of his tax returns.

Cuomo, speaking to reporters after an event in Rochester, says past candidates for governor, including himself,  have released multiple years of tax statements. He says

“This is basic transparency,” Cuomo said.

Molinaro’s campaign fired back at Cuomo, saying the governor, who has said publicly he is a property taxpayer, needs to prove that he actually pays those taxes. Cuomo does not own a home but lives with his girlfriend Food Network star Sandra Lee, who has a house in Westchester. He has said that he splits all household expenses with her and pays half of her $37,000 in property taxes. The governor does not claim a deduction for the taxes on his tax forms.

Cuomo’s opponent in the Democratic primary, Cynthia Nixon, a successful actor, has not yet released any information about her taxes, though she has said she filed for an extension. Extensions typically last six months, so Nixon would not have to file a detailed tax return until mid- October, after the September primary.

Cuomo took an indirect shot at his challenger from the left, who has been gaining on him in recent polls.

Nixon told reporters in New York City on April 30th  that she would release more information on her taxes within a few days.

“We will have everything out as soon as it’s ready,” Nixon said.

It has never been mandatory for candidates to release their tax returns, but for decades now statewide candidates for office in New York have done so, as well as Presidential candidates. The first candidate, and now President, to break with that custom is Donald Trump. He’s said he can’t release his tax returns because they are being audited by the IRS.