The New York State legislature took final action on measures that could be used against President Trump and his associates, including a back door way for Congress to view the President’s tax returns.

The first bill would authorize the state tax department to release to some Congressional committees conducting inquires the tax returns of President Trump and other elected officials and high ranking political appointees who reside in New York.

The Trump administration has refused to release the President’s federal tax returns. The President has said he can’t do so because he’s being audited by the IRS.

Assemblyman Marcos Crespo, spoke in favor of the bill on the Assembly floor, saying it is “good policy”.

“It is about transparency, and making sure that we have folks governing us who are not circumventing the law or getting away with things that they should not,” Crespo said.

Many of the President’s businesses are also based in the state. Sponsors of the measure believe the state tax returns could provide clues to the congressional committees about what the federal returns may contain.

The second bill amends the state’s double jeopardy law to ensure that anyone the President might pardon for federal crimes could still be prosecuted for crimes committed in New York State.

State Attorney General Tish James sought the measure. It would be up to her office to pursue any crimes that might have occurred. She says it closes a loophole in the current laws and allows the state to “seek justice” in the event of an abuse of the presidential pardon.

“It contains key provisions from allowing the presidential pardon power from being used where there is a conflict of interest for a President’s close associates, family or where a pardon impacts a President’s self-interest,” James said.

Trump has raised the possibility of pardons for some of his former associates. He so far has not pardoned his former campaign manager Paul Manafort, or his former personal lawyer, Michael Cohen, who are both serving prison terms. But the President has pardoned others, including former Maricopa County Arizona Sheriff Joe Arpaio, and conservative commentator Dinesh D’Souza.

Republicans, who are in the minority in both houses of the legislature, voted against the bills. Assembly GOP Leader Brian Kolb called them “political grandstanding”.

“I’m just trying to figure out how the double jeopardy bill solves the problems of New York State,” Kolb said. “Bringing the politics of Washington into the (Assembly) chamber I think is a complete waste of time.”

Senate Republican Leader John Flanagan, in a statement, accused Democrats of frittering away weeks on their “singular obsession with getting a peek at President Trump’s taxes”.

Governor Andrew Cuomo is expected to sign both measures into law. 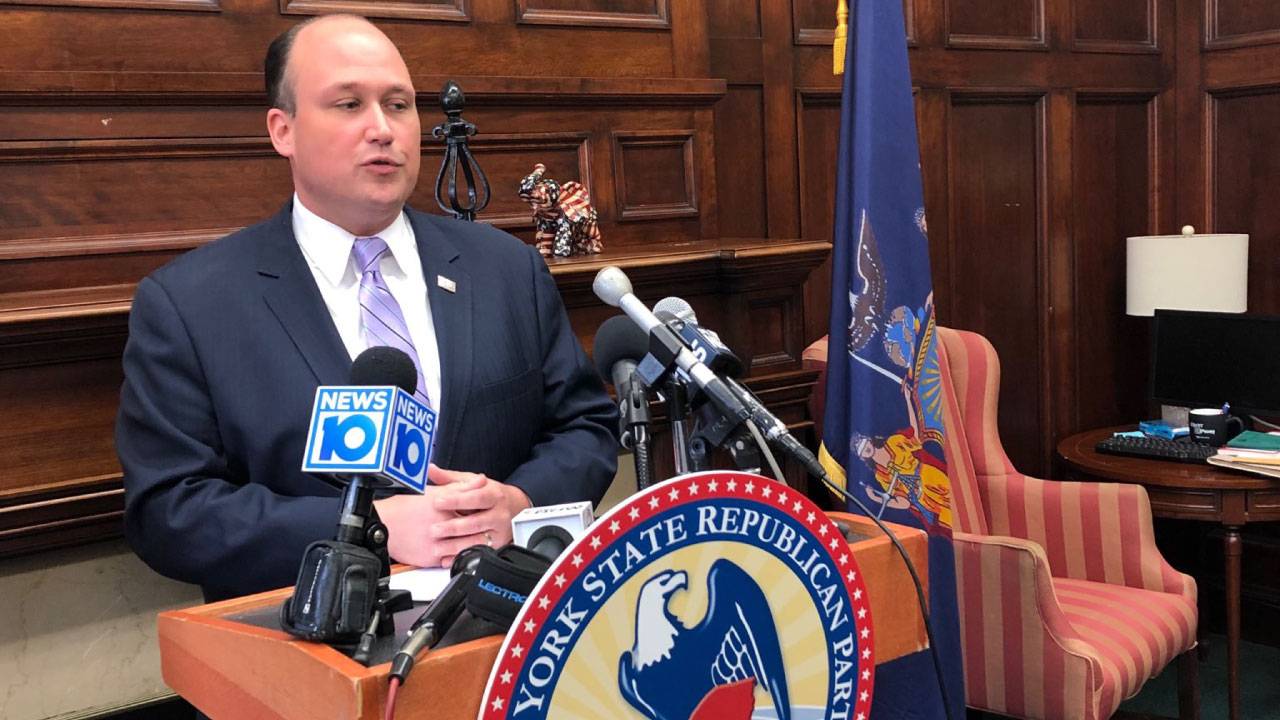