Legislature returns for part two of the session

State lawmakers are due back at the Capitol Monday, following a two-week break after they passed a budget that contained numerous other items, like free public college tuition for some middle-class students and an expansion of ride-hailing services. Here’s a look at what, if anything, lawmakers still need to do before adjourning in June.

The Senate and Assembly are scheduled to meet for around two more months this year, but Governor Cuomo, speaking a week after a budget was approved, told reporters that there isn’t much left to do.

“The budget did so much work for us,” Cuomo said.

But many lawmakers, as well as interest groups, say there’s plenty more that needs to be accomplished.

The Dream Act would extend student aid, including now the free tuition for middle-class students at public colleges to undocumented immigrants. However, it’s met resistance in the Senate, which is led by a coalition of Republicans and Independent Democrats.

And ethics reform was also left out the budget because the governor says the political will was not there. Nine former associates of Cuomo, including his former closest aide, face federal corruption charges of bribery and bid rigging in connection with hundreds of millions of dollars of the governor’s signature economic development projects.

“Something very, very big happened “, said Kaehny. “Albany has done nothing to fix the problems that were revealed by that.”

Karen Scharff, with the reform group Citizen Action, says Cuomo and lawmakers also need to act this spring to modernize voting requirements and make it easier to vote, through early voting and automatic voter registration.

“We have a broken democracy where people in New York don’t vote,” said Scharff. “We need to do something about it before we go through another election cycle.”

Business groups also are seeking more action from Cuomo and lawmakers. The State’s Business Council will make a push in early May to upgrades to energy infrastructure and to win swifter approval of energy pipelines, which are often stalled due to reviews by the Cuomo administration’s environmental agency.

Others say the governor and legislature need to do more to respond to potential actions by President Trump and the Republican Congress, which could lead to deep funding cuts and loss of immigrant rights.

Mike Kink, with the group Strong Economy for All, says state lawmakers should act to strengthen reproductive rights for women, including the right to choose abortion, in the light of threats to the landmark Roe v Wade decision in the US Supreme court.

He says Cuomo and lawmakers should expand the state’s existing tax on millionaires and close a loophole, known as the carried interest law, used by Hedge funds to save on taxes.

“Our tax system should get ready for big budget cuts in Washington,” Kink said.

The federal budget is supposed to be finalized in the fall. Kink, and others predict that the legislature will be back after October 1st to deal with potential budget cuts, in a special session.

Cuomo won a provision in the budget to make unspecified changes later in the year if needed to react to potential deep federal funding cuts, though the legislature will have 90 days to come up with their own plan first. 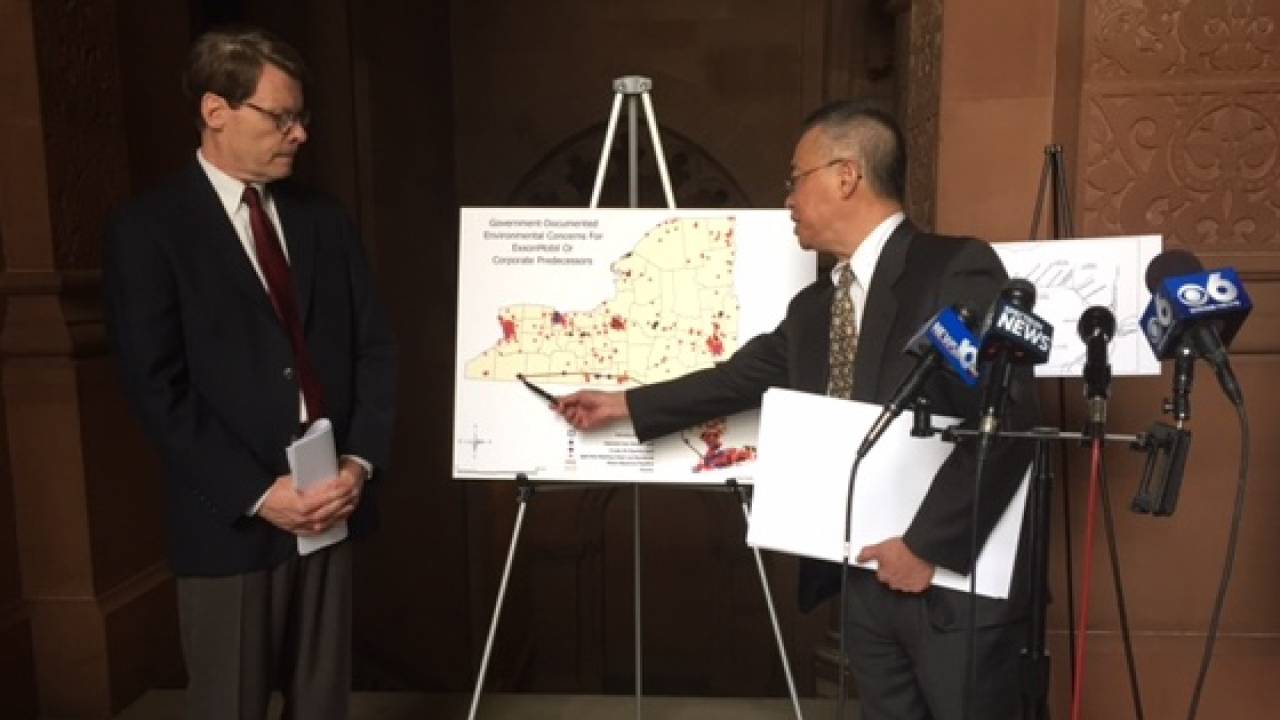