The New York State legislature completed work on the state budget at around 7:30 AM Monday, after pulling an all-night session to complete the budget relatively on time. The spending plan represents a compromise where not everyone is completely happy.

Governor Andrew Cuomo is pleased with the results of the spending plan.

“This is probably the broadest, most sweeping state plan that we have done,” Cuomo said. “There are a number of national firsts.”

"This was not a great budget," said Heastie, who credited his Democratic members, who he said "had to hold your nose" to vote for some of the provisions.

The $175.5 billion dollar spending plan includes more money for schools, though not quite as much as the legislature had hoped for. There will be a $620 million dollar increase in what’s known as foundation aid, with a larger percentage directed to poorer schools. It brings the total school aid budget to nearly $28 billion dollars.

The budget also restores $550 million dollars to Medicaid programs, initially cut by Governor Andrew Cuomo, in his original budget, but restored in the governor’s 30 days amendments to the spending plan.

To help pay for those items, new taxes will be imposed on Internet sales and prescription opioid drugs. Two to three upstate prisons will be closed, the locations to be determined later.

The temporary two percent per year property tax cap will be made permanent.

New York will also be among the first states to ban single-use plastic bags. Senator Todd Kaminsky, the sponsor of the measure, spoke on the Senate floor.

“Plastic is really bad for the environment,” said Kaminsky, who say the billions of non-biodegradable bags end up on streets, beaches and in the stomachs of marine animals.

Counties will have the option of also charging a 5 cents per bag fee on paper bags. If counties opt in, they can keep some of the money, but they would have to provide bags for free to low-income residents.

The budget will also include criminal justice reforms, with a partial end to cash bail for misdemeanors and non-violent felonies. It would also change the discovery rules so that defendants can find out earlier what evidence a prosecutor has against them. And the law will now guarantee a speedy trial for defendants, with misdemeanors to be resolved in 90 days and felonies within 180 days.

Khalil Cumberbatch is a former inmate who now works at the Fortune Society, a group that helps former prisoners reenter society. He was pardoned by Cuomo for a robbery he committed when he was a teenager. He says the changes will make a difference in many people's lives.

“It’s going to be huge,” said Cumberbatch. “For not only people directly impacted, caught up in the criminal justice system, but it’s gong mean a huge amount to their families.”

To help fix New York City’s mass transit system, the nation’s first congestion pricing plan will be implemented in parts of Manhattan. And there will be a new tax, known as the mansion tax, on the sale of luxury homes worth $25 million dollars or more, as well as an additional real estate transfer tax on luxury homes.

The budget also creates a commission to study whether New York should adopt a public finance system for statewide elections.

Governor Cuomo had pushed for the issue and Democrats who lead the Senate were receptive.  But Assembly Democrats had reservations.

The compromise, nine-member, panel would look at whether to implement a program and make a decision on December 1. Governor Cuomo says it was a way to provide more time to work out the details.

“It is too complicated,” he said.

The governor says whatever the commission decides, it will be binding unless the legislature votes within 20 days to change it.

“I don’t see the need for a study commission,” said Norden, who said it would be a “missed opportunity and a failure”.

Some items did not, in the end, make it into the state budget, including a proposal to legalize recreational marijuana for adults. Governor Cuomo says there are still a lot of unresolved questions, including who receives the licenses to produce and distribute the product, what level of revenues to set, and whether the taxes would go to a reparation fund for communities adversely affected by the decades' long prohibition.

“In concept, we have an agreement,” said Cuomo. “But that is all about the devil is in the details.”

Cuomo says he hopes to finalize a plan on that and many other items, in the second half of the legislative session.

The relatively on-time budget ensures that lawmakers will be able to keep a pay raise granted to them by a commission late last year. Their final action Monday morning was to approve a resolution that also gives Governor Cuomo and Lieutenant Governor Kathy Hochul a pay raise. 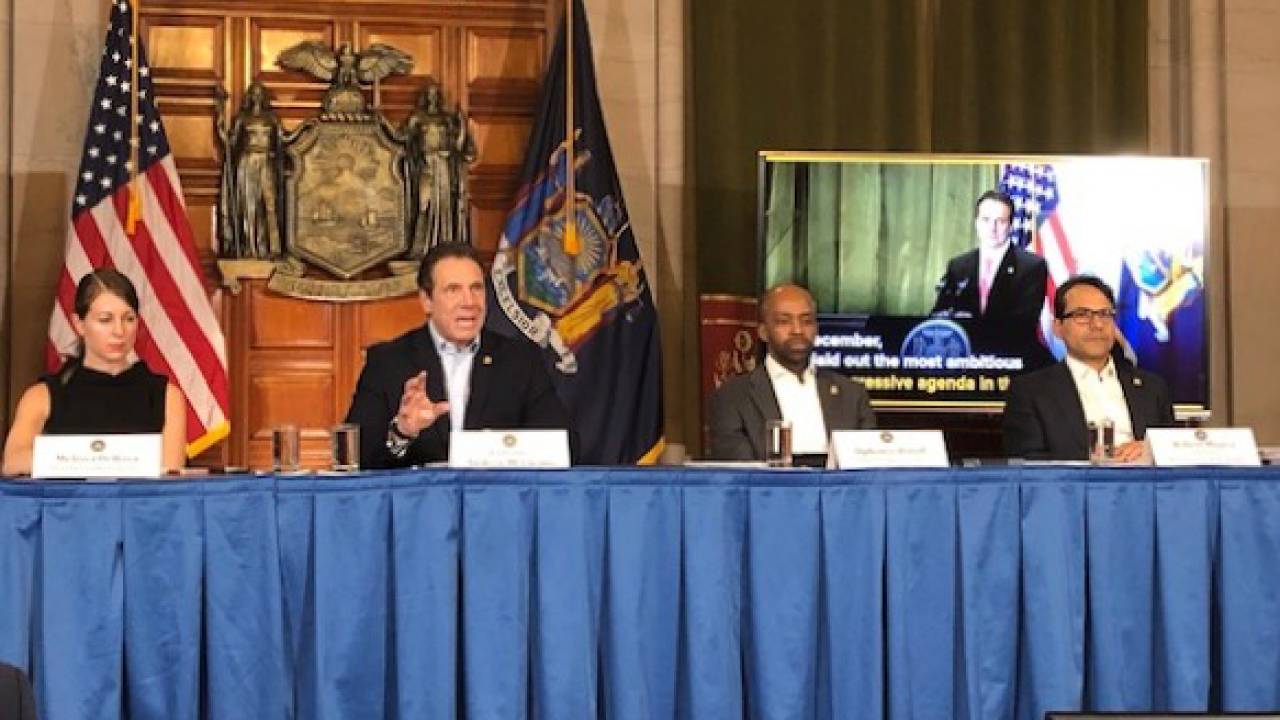