A group of state lawmakers is teaming up with environmental groups to ask Governor Cuomo’s administration to ban the use of waste water from hydrofracking and other oil and gas extraction from being spread on public roadways.

The state Department of Environmental Conservation just closed a public comment period to revise regulations covering solid waste management facilities. Environmental groups and several state lawmakers say those new rules should  also address whether wastewater from the production  of natural gas, as well as from oil drilling, can be used in the state to salt roads in the winter, and control dust in the summer. They say the waste can still be dumped in landfills or in municipal wastewater treatment plants.

Mike Dulong, from the group Hudson Riverkeeper,  says there should be a complete ban, and a loophole that does not characterize the wastewater as a hazardous substance should be closed.

“We don’t want to be the dumping ground for the oil and gas industry,” Dulong said.

According to a report by Environmental Advocates of New York, over half a million tons of solid fracking waste and 23,000 barrels of liquid waste were dumped in New York landfills between 2010 and 2015. The Fracking waste, or “brine” was also found to be used in some places to de-ice roads.

The environmental groups say fracking waste has been found to contain “highly toxic and carcinogenic chemicals” such as benzene, formaldehyde, and etholene glycol. They say it is also radioactive, containing Radium-226 and 228, which are linked to several types of cancer.

But,  at a joint legislative hearing on water contamination held in Albany   September 7th, Cuomo’s environmental commissioner, Basil Seggos, testifying under oath, denied that the state allows the use of any fracking wastewater from gas drilling for roads or any other purpose in New York. Seggos was answering a question from Assemblyman Brian Kavanaugh.

“No fracking waste is being dumped in New York state,” said Seggos. “Those who perpetrated that are just flat wrong.”

A DEC spokesman clarified that all fracking wastewater is indeed prohibited since a December 2015 decision. But “brines” from other types of oil and gas extraction re-permitted, though they are strictly regulated and tested for toxic contaminants, or any radioactive content. They are also not permitted within 50 feet of a stream or lake.

Senator Liz Krueger, one of 20 legislators who wrote a letter to the DEC asking for a total ban on oil and gas drilling wastewater, says the current restrictions do not go far enough.

“We need to be explicit about what is considered hazardous waste,” said Kruger. “And we need to keep it out of our water system.”

New York City has already acted independently to ban the use of the wastewater from all oil and gas drilling. So  have 20 other counties in New York. 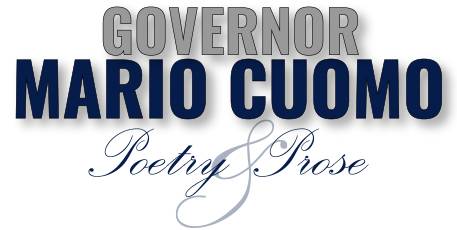