Lawmakers and advocates say reform is not dead at the Capitol

State lawmakers and lobby groups say Governor Cuomo was in error when he said that there was no political will to enact reforms in 2017.

Democratic lawmakers, along with the League of Women voters, rallied outside the Senate chambers for bills that would allow same-day voting and early voting by mail in New York State.

Senate Democratic Leader Andrea Stewart-Cousins says the most recent Presidential election should serve as a “wake-up call” about the importance of voting and access to polling machines.

“We have an abysmal voting turnout record,” Stewart-Cousins said. “If people have more options, they will be able to get to the polls.”

Governor Cuomo, who said in March he would “try like heck” to achieve voting reform was more pessimistic about the chances for any types of reforms, in mid-April.

“If we didn’t get it in done in the budget, it means you don’t have the political will to get it done,” Cuomo said on April 15th. “Ethics reform, for example. I don’t see that happening with this legislature.”

The League’s Jennifer Wilson strongly disagrees. Speaking in front of around 200 supporters, she says many members of the public are more eager for change than ever.

“I think it’s ridiculous,” Wilson said. “Of course we care. We’re all here.”

The voter access bills moved through committee in the Assembly, but are stalled in the Senate.

Meanwhile, in the  State Senate, which is controlled by Republicans, the Finance Committee voted to move on another reform bill, adding more oversight to the state’s economic development project contracting process.

Nine former associates of Governor Cuomo, including a former top aide, have been charged by federal prosecutors with corruption including bribery and bid-rigging in connection with the procurement of contracts for some of the Governor’s largest economic development projects, including the Buffalo Billion.

Bill sponsor, Senate Deputy Majority Leader John DeFrancisco says the measure would reinstate the power of the State Comptroller to have oversight authority over the economic development projects. Senator DeFrancisco, speaking in the hallway before going into a party conference, also disagrees with Cuomo’s assertion that the legislature has no political will to do reform.

“There’s no will for reform in the executive branch,” Senator DeFrancisco countered.

The Senate Deputy Majority Leader says the bill is the “last thing” the governor wants because someone else would be looking over his shoulder on the contracts.

“That’s exactly why it's necessary,” he said.

DeFrancisco admits he, along with most lawmakers voted to cut the Comptroller out of the review process in 2011, but he says he did not at the time realize the implications of the change.

“It was a mistaken vote if I voted for it,” DeFrancisco said. “And that’s why we’ve got to correct it.”

Cuomo at the time argued that the economic development projects would move faster without additional layers of oversight.

Comptroller Tom DiNapoli has feuded with Cuomo in the past.

The governor has proposed creating a new Inspector General, under his administration’s jurisdiction, to review economic development contracts, but Senator DeFrancisco says that’s a non-starter.

The measure has a majority party sponsor in the Assembly, and DeFrancisco predicts it could be approved and sent to the governor’s desk before the session ends in June for Cuomo to sign or veto. 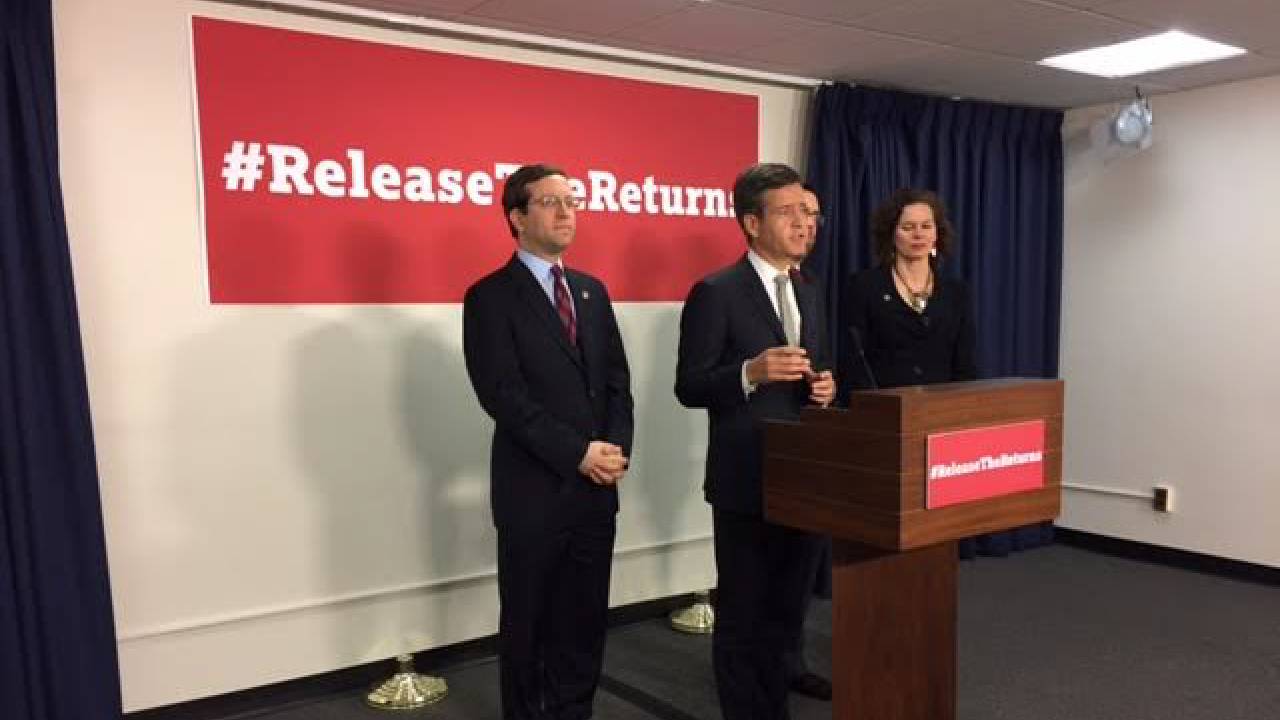