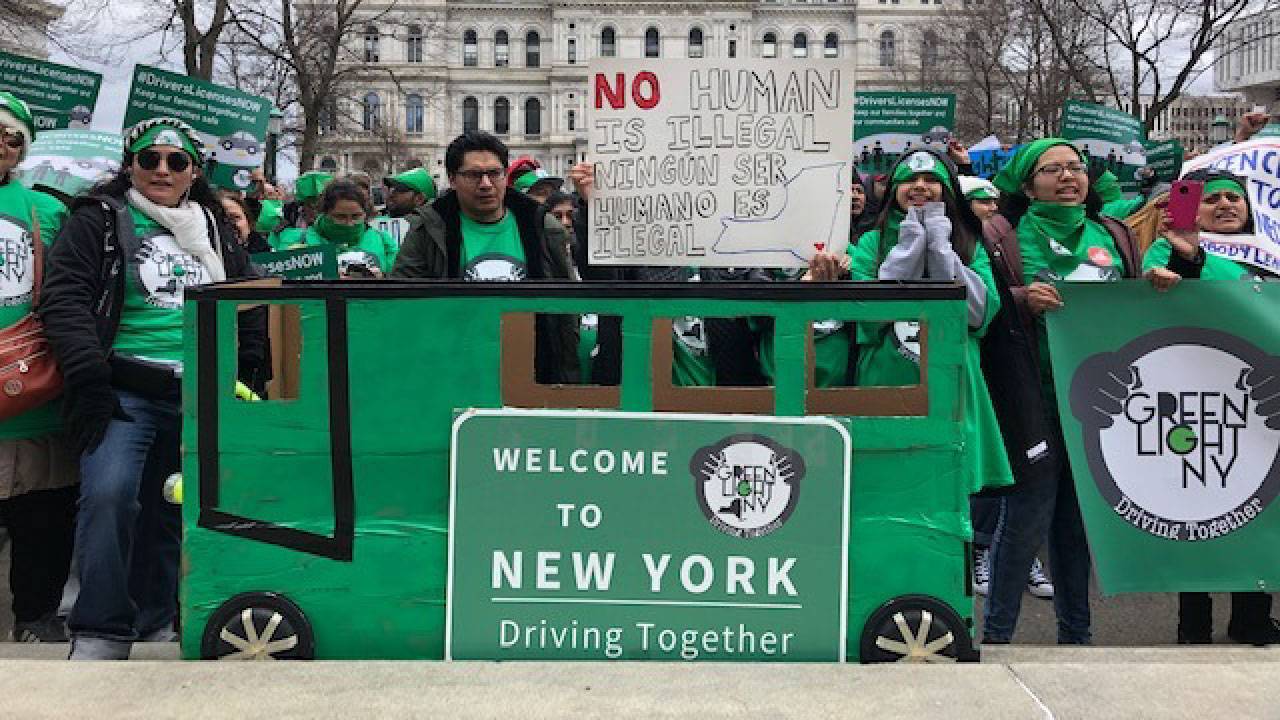 Democrats in the State Assembly say they plan to move ahead with a bill to grant drivers licenses to undocumented immigrants in New York. But the Assembly Speaker says he wants to educate people about the benefits of the measure first.

Assembly Speaker Carl Heastie says Democrats, who are in the majority in his house, have the votes to pass what’s known as the Green Light Bill, to allow undocumented immigrants to obtain a standard driver’s license.

“We are supportive of moving the driver's licenses for all (legislation),” Heastie said.

The development was first reported in the non-profit online news outlet, THE CITY. The majority of the public is not in favor of the measure. A Siena College poll conducted in mid-April found that 55% of New Yorkers are opposed. Republicans and Independents are strongly against the proposal and just slightly more than half of Democratic voters back the bill.

Because of that, Heastie says Democrats want to first conduct an outreach effort to dispel myths and convey what the Speaker believes are the benefits of the measure. He says the fees charged for the driver’s licenses would bring in needed state revenue. According to the left-leaning think tank the Fiscal Policy Institute, the change could bring in  $57 million dollars a year. And Heastie says a study in California, which allows the licenses, shows that they have actually led to a decrease in hit and run accidents, where undocumented drivers without licenses might flee the scene of an accident rather than face the police.

“If people understand the benefits of doing the driver’s license bill, people would be much more understanding and open to having it,” Heastie said.

Besides California, eleven other states and Washington D.C, allow undocumented immigrants to get the licenses.

Supporters plan to be active in the remaining weeks on the legislative session.

A rally at the State Capitol in March was attended by hundreds of undocumented immigrants and their supporters.  They chanted “Sí se puede", or “yes, it can be done”.

Luis Jimenez, a farmworker who is undocumented, says, through a translator, that he needs to drive in the rural upstate areas where he helps with the harvests.

“They are very isolated farms so we need a car, so we can meet our bare necessities, like taking our kids to school going to the hospital, getting our groceries,” Jimenez said.

Jimenez says some of his work colleagues have ended up in deportation proceedings after being pulled over by police while driving.

Governor Andrew Cuomo says he’ll sign the bill if it passes both houses of the legislature. The measure has a Senate sponsor but has not yet advanced in that chamber.

Opponents include many Republicans in the legislature. Senator Daphne Jordan, who represents parts of Saratoga and Rensellear Counties, spoke recently against the measure. She worries the measure could be misused to grant drivers licenses to criminals or be a back door vehicle for illegal voting.

“This is not about immigrants,” Jordan said on April 24th. “This is about our laws, what’s legal and protecting our law-abiding citizens.”

Supporters call Jordan’s concerns “scare tactics” and say they have not occurred in the other states where the driver's licenses are given to the immigrants.

The issues were proposed a dozen years ago, in 2007, by former Governor Eliot Spitzer, a Democrat, where it sparked controversy and was eventually defeated. Supporters hope that with both houses of the legislature and the governor’s office all controlled by Democrats, the bill has a better chance of becoming law in 2019.