Some state lawmakers are rejecting Governor Cuomo’s proposal to extend a tax on millionaires. Cuomo spent  Tuesday rolling out his spending plan to individual groups of lawmakers in private briefings, then at night, released details to the public.

The governor fulfilled the state’s constitutional deadline to release his budget to the public, but just barely, opting for an evening unveiling of the $152 billion dollar spending plan.

Cuomo’s plan includes one billion more dollars for schools, and the extension of an additional tax on New York’s highest income earners, known as the millionaire’s tax, in order to pay for education spending and close a $3.5 billion dollar budget gap.  He says to end it now would be “devastating”.

“Frankly we don’t have the resources to lose the millionaire’s revenue now,” Cuomo said.

The governor also laid out some of the details of a plan to offer free tuition at public colleges to families making $125,000 a year or less. He says it would help address a growing middle class “anger” that’s played out in the recent Presidential election.

State lawmakers received separate briefings at the mansion earlier in the day.

Senate Republican Majority Leader John Flanagan says he likes the extra school aid spending, but his GOP conference is not on board with extending the millionaire’s tax, but he’s not completely ruling it out.

“I think it’s too early in the game for me to just say ‘this is a deal breaker’,” Flanagan said.

Flanagan says he still has questions about the governor’s plan to offer free tuition, saying he’s concerned that it would not be offered for private colleges as well.

“I want free tuition, who doesn’t,” Flanagan said. “But if it means we’re going to lose 10,000 jobs because companies are closing, then what’s the point?”

Flanagan does like a proposal for middle-class tax cuts for New Yorkers making up to $300,000 a year.

Cuomo’s relationship with the legislature has been tense recently, and several Senators skipped the briefing. One Senator, Tom Croci of Long Island, said he didn’t attend because he disagrees with the governor’s decision to tell lawmakers about the budget before informing the public about how taxpayers’ money would be spent.

The Senators were not given a total number for the governor’s spending plan, and they received no written documents or bills to read.

Susan Lerner, with Common Cause, says the budget roll out lacked transparency.

Cuomo defended the private briefings, saying it provides “more of a dialogue” with lawmakers.

Assembly Speaker Carl Heastie and Assembly Democrats were to get their own budget briefing, but debate in the chamber went late and they opted to skip the mansion visit altogether. The Speaker and his budget staff did receive details of the budget. Heastie, speaking earlier in the day,  downplayed any controversy, saying he’s not concerned with the way the budget is presented, saying what matters is the substance contained in the spending plan.

“What’s in it is really what matters to us,” said Heastie. “That’s why our constituents sent us here.”

The budget, as presented ins basically in balance, but Cuomo concedes that if the Republican congress repeals Obama care and its related Medicaid subsidies, then the budget could have a multi-billion dollar hole and “there’s no contingency plan”. 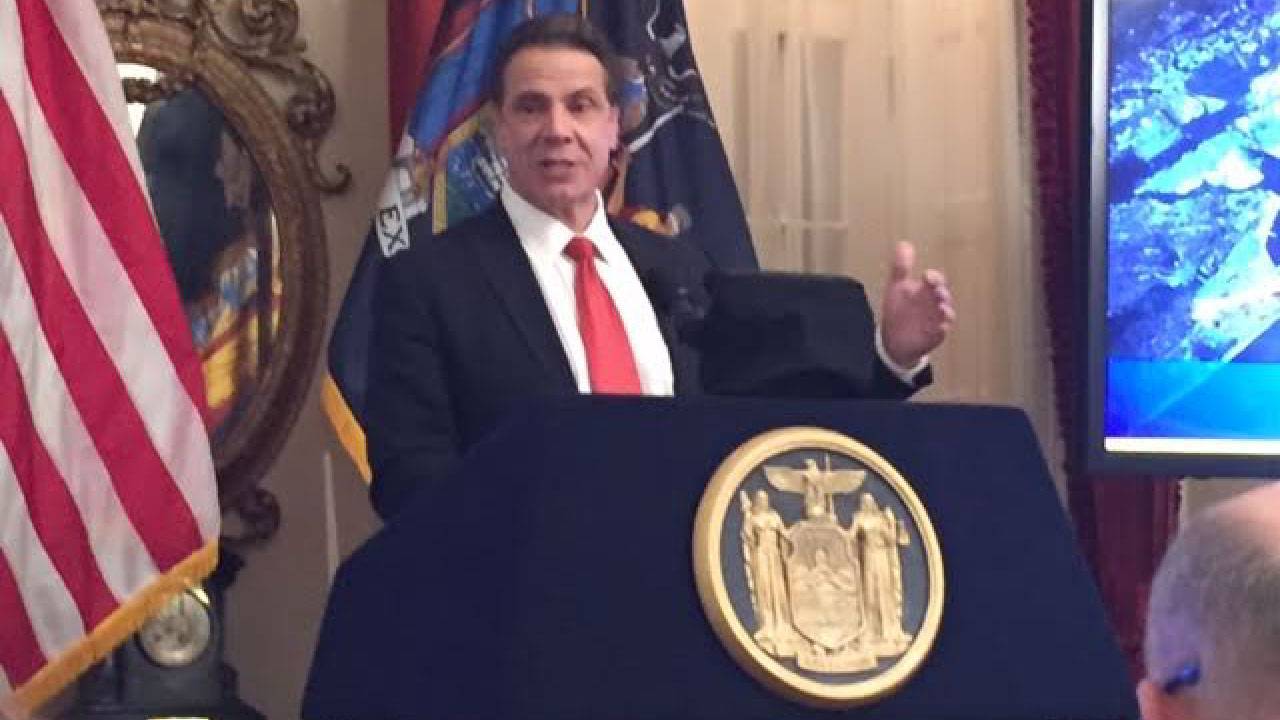