The latest version of a plan to repeal and replace the Affordable Care Act is now dead in Congress, but New York Governor Andrew Cuomo remains worried about another potential cut in federal funds to hospitals that he says will blow a hole in the state budget.

The money is known as the Disproportionate Share Hospital fund, or DSH, and the money goes to public hospitals and safety net hospitals who often serve the poorest patients. The fund is supposed to help cover health care costs for the uninsured. It ends at the conclusion of the federal fiscal year on Saturday, unless Congress renews it. So far no action has been taken by the house and senate.   Cuomo calls the potential cut “a dagger in the heart of New York”.

“It will devastate the health care system,” said Cuomo, who said the state could lose $2.6 billion dollars over the next several years.

“Every hospital will be affected,” he said. “The greatest pain will be felt by the public hospitals, who treat the most needy patients.”

He told business leaders on September 25th that the loss could derail the state’s spending plan.

“The budget is gone, throw it out the window,” said Cuomo.

The governor said that he might have to call the legislature back.

“We might even have to do a special session,” said Cuomo.

When the ACA was enacted in 2010, the fund was intended to be phased out over time. That’s because the ACA, also known as Obamacare, was supposed to reduce the number of uninsured through the creation of health care exchanges and other Medicaid programs and subsidies.  In New York, about half of those who were uninsured before the ACA now have health insurance.

But Congress has renewed the funding three times. The most recent extension came in the spring of 2015, nearly two and half years ago, and is set to expire on September 30.

Bill Hammond, health policy analyst for the fiscal watchdog group The Empire Center, says the possible funding cut should not really come as a surprise to Cuomo.

“The state has been fully apprised that these cuts were coming for quite a long time,” said Hammond. “I’m a little bit confused as to why the governor would be caught off guard by this and would be talking about a special session.”

He says Cuomo and the legislature have already approved one new budget since President Trump was elected, and they’ve heard the promises of the Republican-dominated Congress to repeal and replace Obamacare, an effort that has so far failed.

“This is the kind of thing that the state should be planning for and preparing for in its long-term budgeting,” Hammond said.

Hammond says the cuts, if they occur, would not take effect right away, even if the funding is not renewed in October. He says there’s considerable lag time before hospitals and other healthcare facilities get payments from the federal government.

And, he thinks there’s a good chance that Congress will renew the funds.

“Virtually every member of Congress has at least one hospital if not multiple hospitals in his or her district”, Hammond said. “They are undoubtedly hearing from those hospital officials, they are very influential people in their communities. It’s the kind of issue that crosses party line.”

He says the major bills by Republican members of Congress to repeal and replace the ACA actually included a continuation of the DSH funding for the uninsured.

President Trump struck an agreement in early September with Democratic Minority Leaders in the House and Senate, Nancy Pelosi and Chuck Schumer, to adopt a continuing resolution to maintain the current rate of government spending past the October 1st beginning of the federal fiscal year. New negotiations will not begin until mid December, so it’s possible that Congress may simply put off dealing with the DSH funding until then. 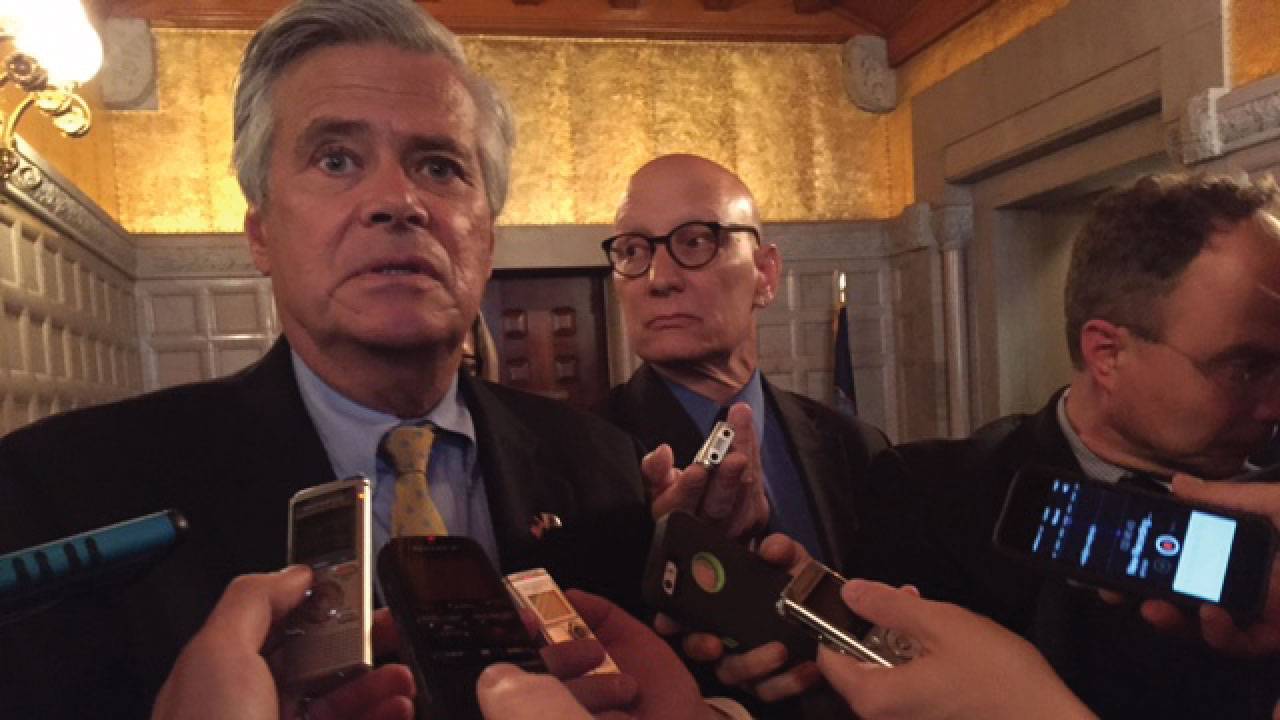