Control of State Senate could rest on presidential outcome 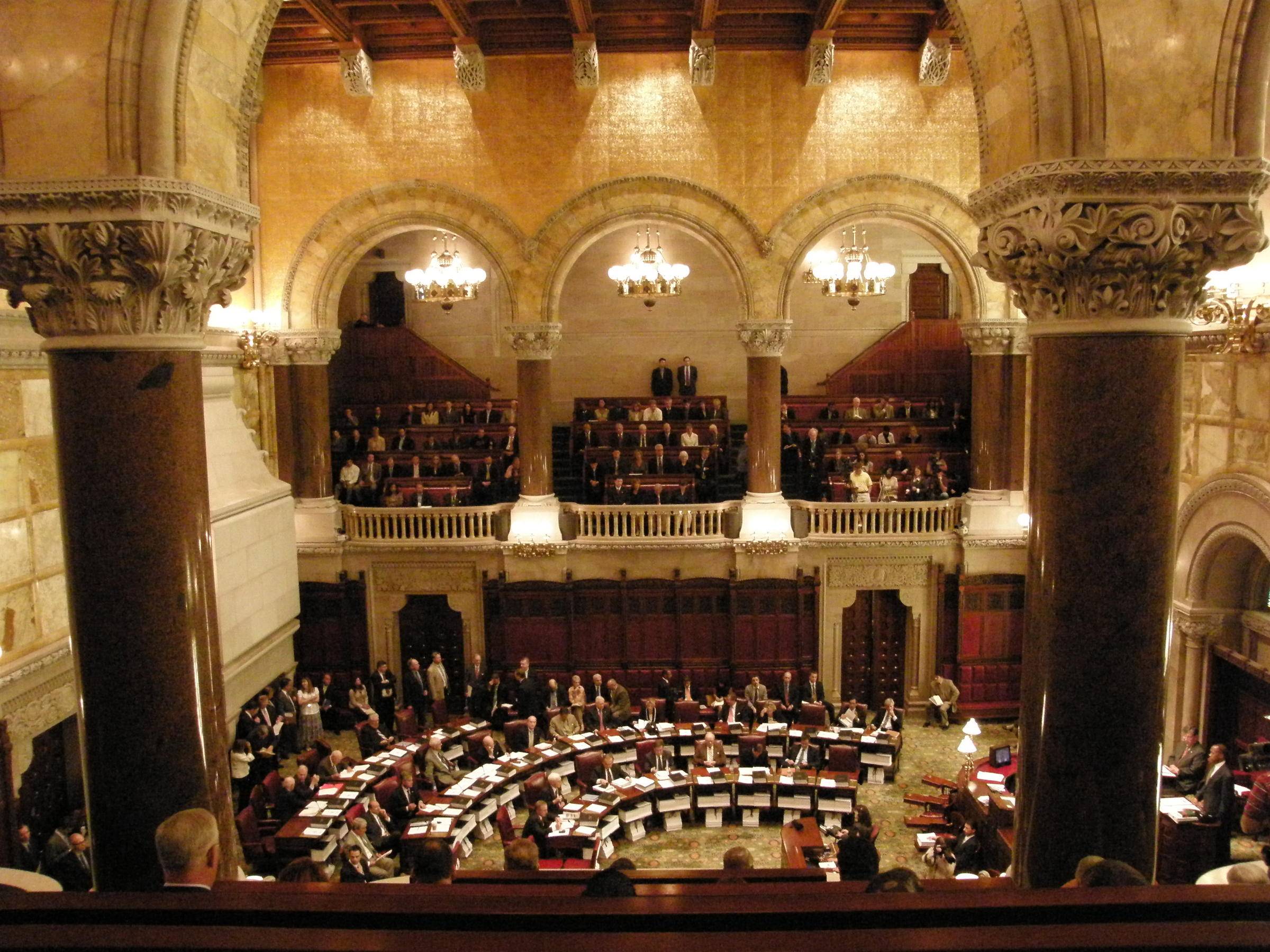 On Tuesday, Democrats could win back the Senate from the Republicans, who have dominated the leadership there for much of the past century.

Changing demographics, the unpopularity of Donald Trump in New York and the efficiency of Hillary Clinton’s get –out- the- vote effort, are all contributing to the Democrats’ best chance in several years to take over control of the State Senate this Election Day.

Governor Cuomo, who was criticized in past elections for not helping Democrats win seats in the Senate, appears to be seeing the handwriting on the wall and is taking a more active role this year, appearing at rallies on Long Island and New York City.

But Cuomo wants a particular kind of Democrat in the Senate. He’s issued a questionnaire, asking their positions on socially progressive issues, like an abortion rights bill, and ethics reform, as well as fiscally conservative measures including the state’s property tax cap.

And the governor has lectured Democrats at recent campaign events for Democratic Senate candidates on the importance of both.

“What we’ve shown is that you can be fiscally responsible and you can be socially progressive,” Cuomo told them.

Cuomo’s questionnaire also wants to know if candidates support the governor’s economic development programs like the Buffalo Billion. Some of the contracts associated with the projects have been the target of federal corruption charges.

The Democrats backed by Cuomo are banking on a boost, and highlighting the link to the governor in campaign ads , including Adam Haber, who  is running for an open senate seat on Long Island.

The leader of the Senate Democrats, Andrea Stewart Cousins, says she’s very confident that the Democrats will take the Senate this year.

Senator Stewart Cousins and the other Senate Democrats will likely have to form a coalition with a breakaway faction of Democrats, known as the Independent Democratic Conference, if they want to govern the Senate in January.

Senate Republican Leader John Flanagan has been quieter than the Democratic Senate leaders.  He has said little publicly since an enthusiastic endorsement of the GOP top of the ticket at the national convention in the summer.

“I am supporting Donald Trump for President”, Flanagan said at the Republican National Convention. “And I’m going to do so with grace, with diplomacy, with passion.”

Flanagan has since distanced himself from Trump, after the Presidential candidate made controversial remarks about sexually harassing and assaulting women.

The Senate GOP leader has tried to counteract Cuomo’s efforts to elect Democrats, saying a vote for a Democratic candidate is a vote for New York City control of the legislature, and it’s Mayor, Bill deBlasio.

There is also a corruption scandal on Long Island that’s led to the indictment of the Republican Nassau County executive and others, including the father of an incumbent GOP State Senator, Michael Venditto. The scandal could hurt the Long Island bastion of Senate Republicans more than any presidential political dynamics.

Venditto, who is not implicated in the scandal, is running an ad featuring kind words from the father of a child who died from drugged driving, as an attempt to differentiate himself from the negative news.

“He’s his own person, with a heart,” says the constituent, who says Venditto is helping him to pass a law to help others in similar situations.

Steve Greenberg, a political analyst who is the spokesman for Siena College polls, says don’t underestimate the power of Republican Senators to move voters. Many have high name recognition and decades of good constituent services in their districts. Plus, he says, in an increasingly blue state, they are used to appealing to Democratic voters.

“Republicans in New York have gotten used to the fact that they need to get voters who vote Democrat for some offices, to come and support them,” Greenberg said.

If the GOP wants to keep power in the Senate without making deals with other factions, they will have to pick up at least one seat. They currently have just 31 members, one short of holding the majority. 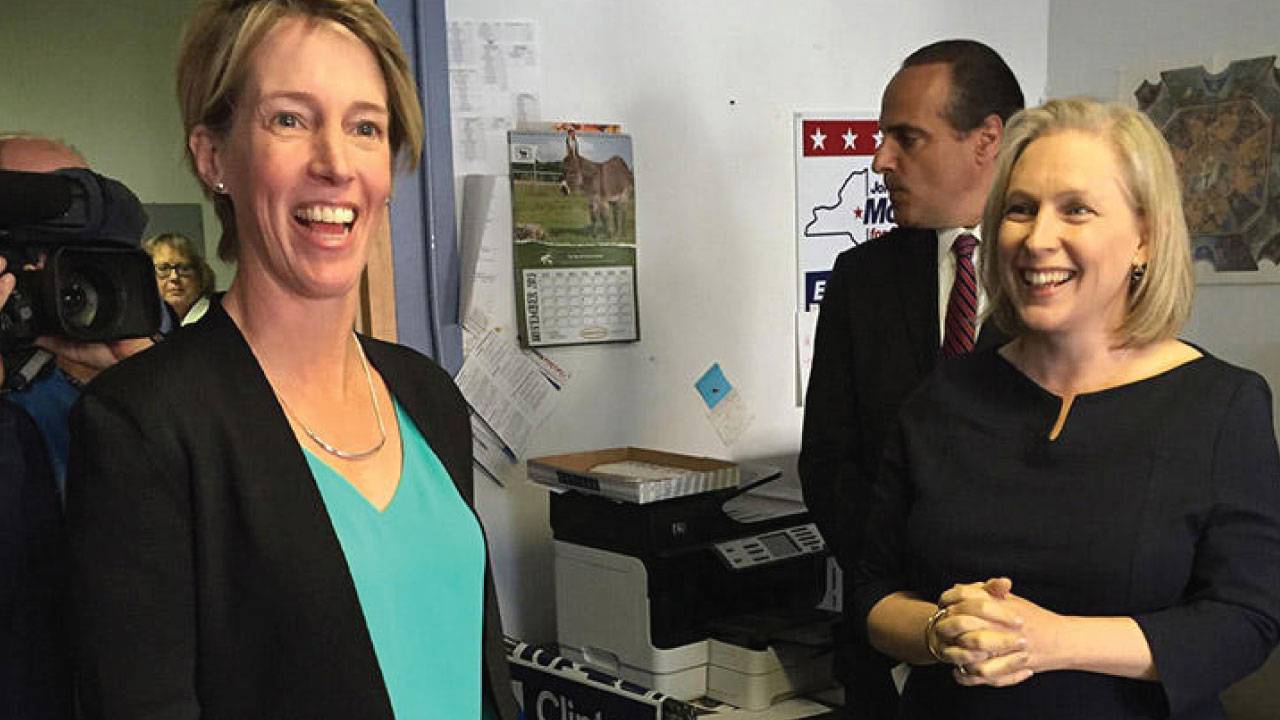