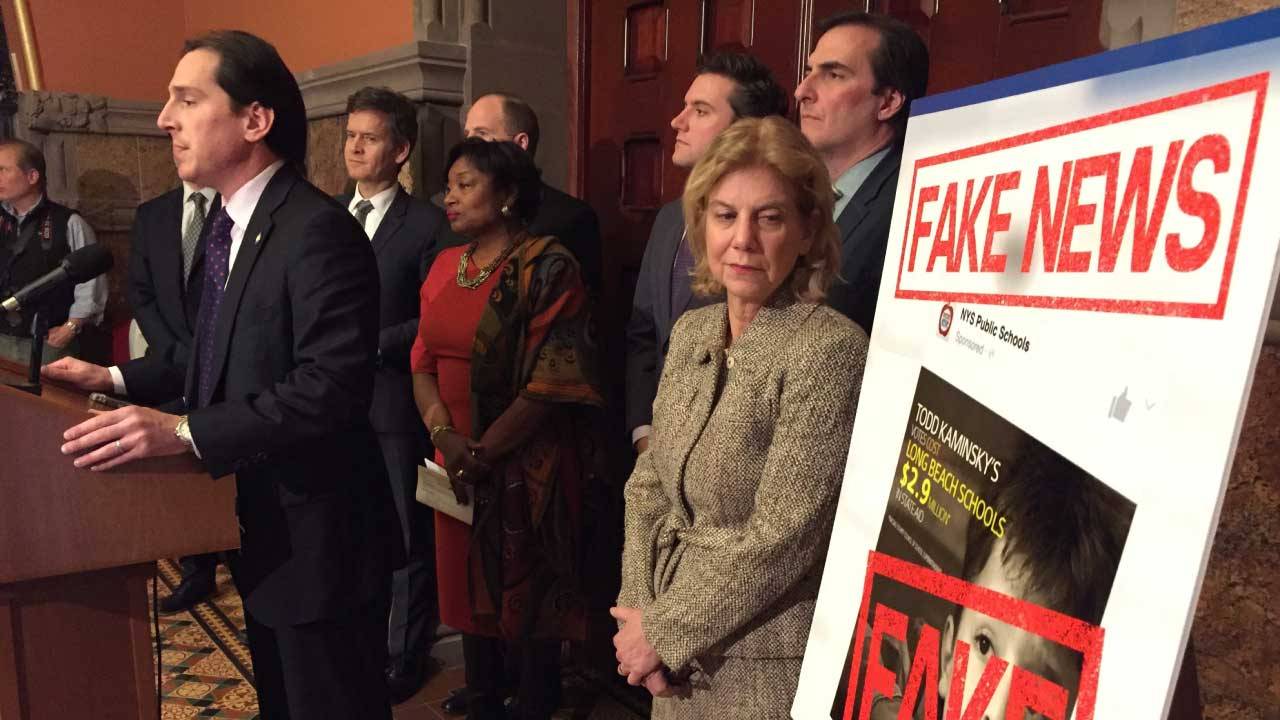 Democratic legislators from both chambers held a press conference on a bill that would crack-down on anonymous Facebook political ads.

The social media site has been in the news regarding these advertisements since the 2016 election.  In September of 2017, Facebook told federal investigators that it sold $100,000 worth of advertising to a buyer connected with the Russian government.

Hudson Valley Assemblyman James Skoufis went into detail at the event on how he has been the target of anaonymous political ads.

The legislators said the bill would expand the definition of a political advertisement and require them to disclose who paid for them.  No word on if the Senate Republicans would support the bill in their majority-held chamber.