Are the rich fleeing New York over SALT?

Governor Andrew Cuomo says changes to the federal tax code led to a growing state deficit and is causing some high-income earners to leave the state. But progressive groups, some Democratic state legislators, and even some millionaires are pushing back against that assertion, saying there’s no hard evidence that any wealthy New Yorkers are leaving.

The governor met with President Trump on February 12 to try to convince him to change back the tax code, and he started a nationwide campaign to try to get the tax code overturned. He says the new limits to deductions for state and local taxes from federal income taxes, known as SALT, harms people in relatively high tax states like New York. Many wealthier New Yorkers will now have to pay more in taxes than under the old system.

“On any level, how is this fair?” Cuomo asked.

Cuomo blames the state’s growing deficit- it’s now at $2.6 billion dollars- on the SALT changes, although many economic experts believe it’s more likely a result of the downturn in the stock market and smaller bonuses paid to Wall Street executives in 2018. Cuomo says things will only get worse as the richest New Yorkers change their primary residence to avoid the taxes. And he says it wouldn’t take many people leaving the state to have a big effect on its budget.

The governor says New York has a “very fragile economy”, where the state relies on a very small number of people for a “vast amount” of tax dollars.

The governor, when pressed by reporters, could not provide hard evidence on wealthy people leaving the state, but he says he’s had indications that some might be departing.

“We have information already on who is paying what and who might be moving,” the governor said.

Not everyone thinks that the tax changes will cause the rich to flee New York, including the group Patriotic Millionaires. Morris Pearl, a former hedge fund manager, and member of the group says he’s not leaving. And he says he is willing to pay more in taxes if the money goes to needed services like schools and subsidized housing and infrastructure projects.

“I can live, frankly wherever I want live,” said Pearl, who said he stays in New York because he wants to be where new businesses and innovators are flocking. “Not in Kansas, where they have low taxes, not in Florida, but in New York City.”

“I’m not going anywhere,” said Pearl who lives on the Upper East Side and has offices near the Flat Iron building.

Pearl says there are more millionaires than ever in New York, as the number of millionaires overall in the US has been growing yearly in recent decades.

“The governor is simply incorrect when he says that people are moving out of New York because of taxes, “ said Pearl.

At the hearing, Assembly Ways and Means Chair Helene Weinstein asked Cuomo’s acting tax commissioner, Nonie Manion, if she could provide evidence that the wealthy are actually leaving the state as a result of the tax changes.

“Have we seen an actual decrease in the number of high-income taxpayers since the federal tax law was passed?” Weinstein asked.

“We can’t really say for sure,” Manion answered. “We’ve heard some anecdotal information that people are leaving.”

Manion says she’ll know more for certain in April when the full tax returns are filed. 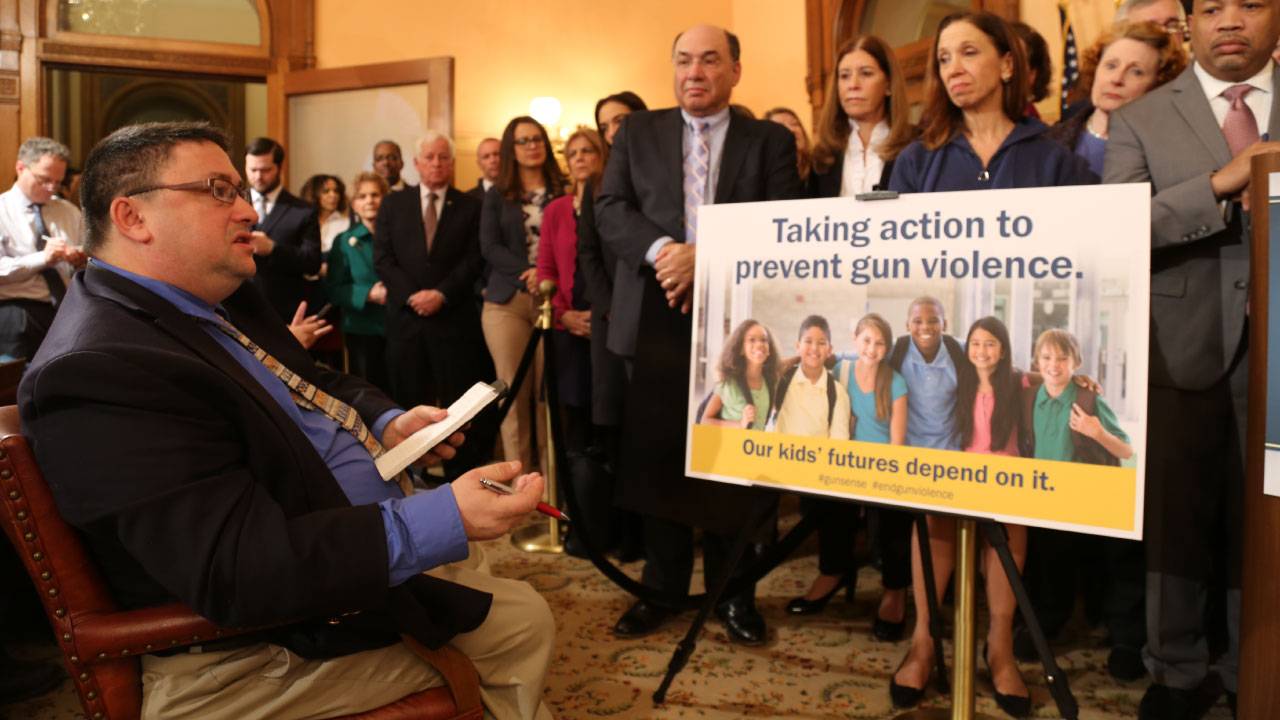