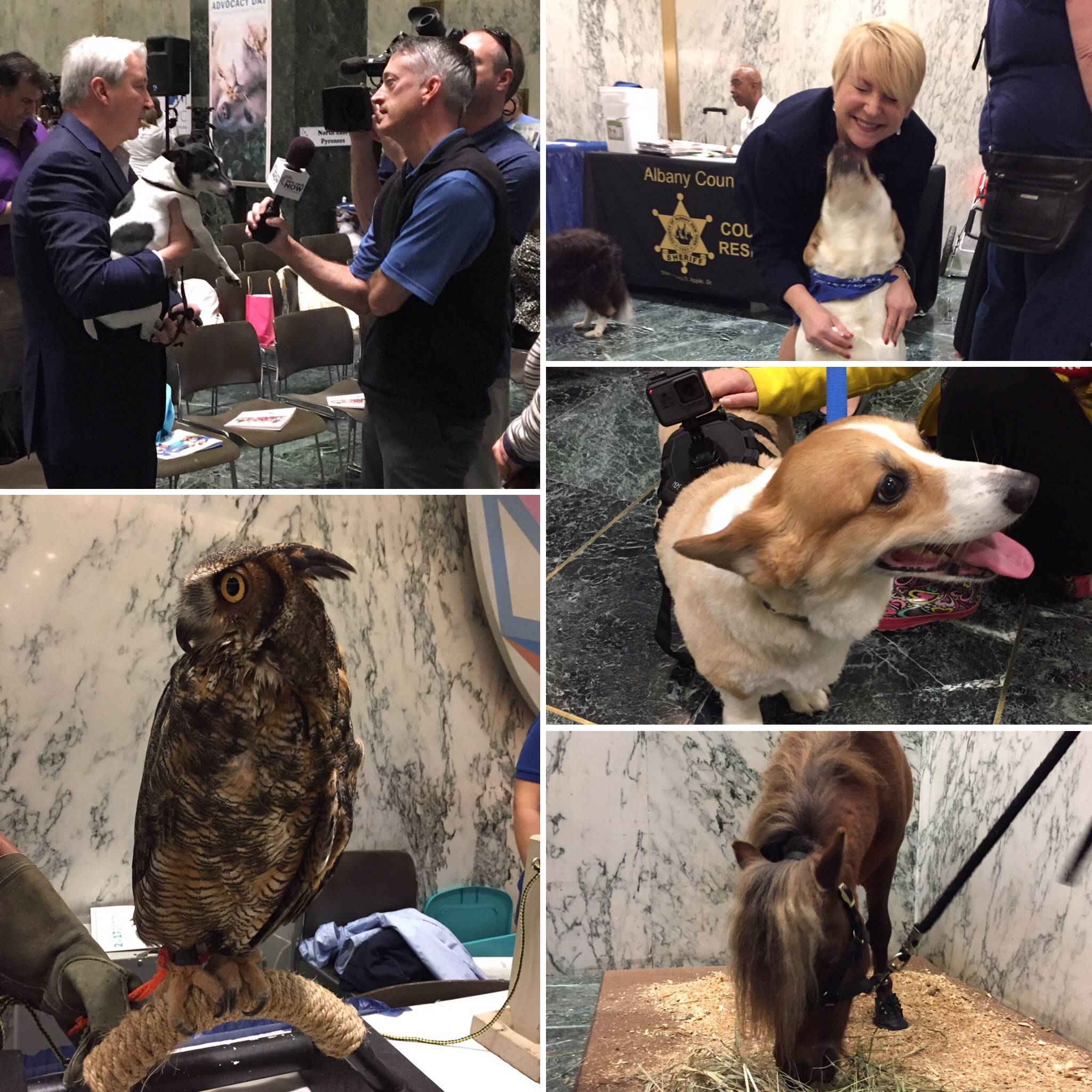 A rare moment of bipartisanship was on hand today in Albany as Democrats and Republicans gathered together with their four-legged friends.

The 7th Annual Animal Advocacy Day was held in the Capitol complex where lawmakers, law enforcement officers, and many pet owners were there to support legislation that would protect both people and their favorite creatures.  A number of safety measures were introduced including "Kirby and Quigley's Law" which would make it a felony punishable with two years in jail for harming a companion animal during the commission of another felony.  It is named for two Montgomery County dogs that were shot and killed during a burglary last winter.