AG Schneiderman forgoes politicking, due to his ongoing corruption probes

The state’s Attorney General, Eric Schneiderman, says he’s made a decision to stay out of politics for now, due to a climate of corruption, and ongoing investigations by his office.

Schneiderman says he will not be endorsing or appearing with any candidates any more, as statewide office holders sometimes do. Both former leaders of the legislature face federal corruption trials next month, and the Attorney General’s office has, along with the state Comptroller, probed the actions of dozens of elected officials, some resulting in charges and convictions.

“I am not doing any endorsements or getting involved in any local races, because we’ve ramped up our public integrity investigations,” Schneiderman said, in an interview with public radio and television. “Since 2012 my office has gone after more than 70 public officials and their cronies.”

The Attorney General says he's actually held this policy for some time. Schneiderman can’t talk about on going investigations, but says there are more continuing probes that have not yet been made public. The Attorney General, who was a long time member of the State Senate, says it’s a difficult decision because he still has many friends in office who have asked for his help in their campaigns.  He says he wants to make sure that his actions are not misconstrued as “favoritism” or having “a political axe to grind”.

Dick Dadey, with the reform group Citizens Union, says the Attorney General has made a wise decision.

“It’s a very smart move,” said  Dadey. “Because you don’t know who’s going to be indicted next.  But I think that  he does, given his access to information.”

The Attorney General says his decision to stay out of politics for now is one reason why he has not signed on to a new minor party created by Governor Cuomo, the Women’s Equality Party.  That party has faced numerous legal challenges because the majority of statewide office holders, including Schneiderman, have refused to formally endorse the new party.

“It’s not appropriate for me to get involved in the inner workings of the Democratic Party or any other party,” Schneiderman said.

The Attorney General predicts that there will be more  indictments, arrests, and even convictions of state lawmakers, if the Senate and Assembly do not fundamentally reform their rules on outside income.

He says, unless outside income is banned, “in the 21st Century, it’s virtually impossible to ensure that there’s no taint of any kind”.

Schneiderman says lawmakers , who earn a base salary of around $80,000 a year, should get a pay raise, in exchange for also giving up their travel allowances. Abuses of what’s known as per diem payments to legislators has also led to arrests and jailing.

Dadey, with Citizens Union, says he hopes Governor Cuomo will also take up the cause in the upcoming legislative session. 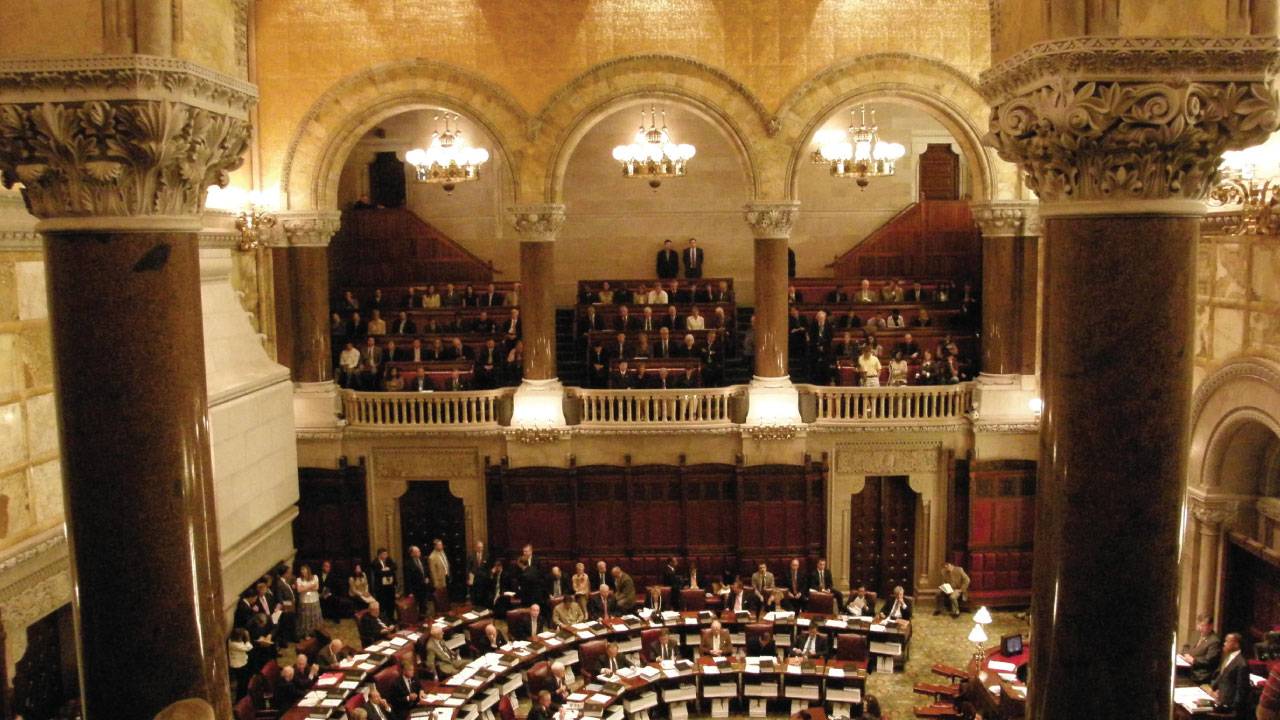