An independent review board has found fault with the Cuomo Administration’s attempts to convert a federal clean water fund loan into construction work for the Thruway’s Tappan Zee Bridge.

The report, by the independent Authorities Budget Office, says the Cuomo Administration  mishandled its attempts to use $500 million dollars in federal Clean Water monies to help finance work on the  massive Tappan Zee Bridge reconstruction, including ignoring a warning letter from the EPA that the bridge project was an inappropriate use of the revolving loan fund, which is supposed to go to communities who need to clean up pollution.  The report also portrays the board members of Cuomo’s Environmental Facilities Corporation -which includes the Commissioners of Health and Environmental Conservation, and the Secretary of State - as disengaged and out of touch, essentially allowing top staff to direct the loan application process.

Environmental groups who brought the complaint to the independent watchdog board, feel vindicated. Travis Proulx is with Environmental Advocates.

“It’s unfortunate that our concerns were in fact valid,” Proulx said. “The bottom line is the administration didn’t just drop the ball, it appears they intentionally tried to circumvent the state’s open meeting law.”

The report by the watchdog board also finds the  Environmental Facilities Corporation  board “inappropriately used executive session to discuss the project and held no discussions in regular board meetings open to the public.” It charges the board also did not follow federal rules which said there had to be a public comment period two weeks prior to the board’s vote.

Cuomo Administration officials argued at the time of their vote on the loan, in July , that they needed the money to clean up water pollution in the Hudson river, where the bridge is being built. But Proulx says his group and other the environmental organizations argued that the money would be inappropriately used to mitigate pollution problems that were actually caused by building the bridge.

“Anytime you build the bridge there are environmental problems,” Proulx said. “And that needs to be part of a full bridge financing plan.”

Proulx accuses the governor of “grasping at straws” to find funds, and  “robbing  Peter to pay Paul.”

Governor Cuomo has not yet released details of how to pay for the new bridge. The governor has said , it will cost about $4b but there are too many variables to project exact costs, or any increase in tolls that would be needed to help pay for the bridge when it’s done.

The EPA ultimately rejected all but around $20 million of the state’s half billion dollar clean water loan application. Cuomo is appealing. Proulx, with Environmental Advocates, urges the governor to drop the appeal and move on.

“The Cuomo Administration should really step back,” he said.

In a written response, the Environmental Facilities Corporation says the report is “filled with inaccuracies and omissions,” and cites numerous media stories over the loan as evidence that “there was much public discussion of the projects.”  Board member and Environmental Conservation Commissioner Joe Martens  said, also in a statement, that he  was in the loop during the process, and still believes the clean water monies should go towards the bridge reconstruction project. 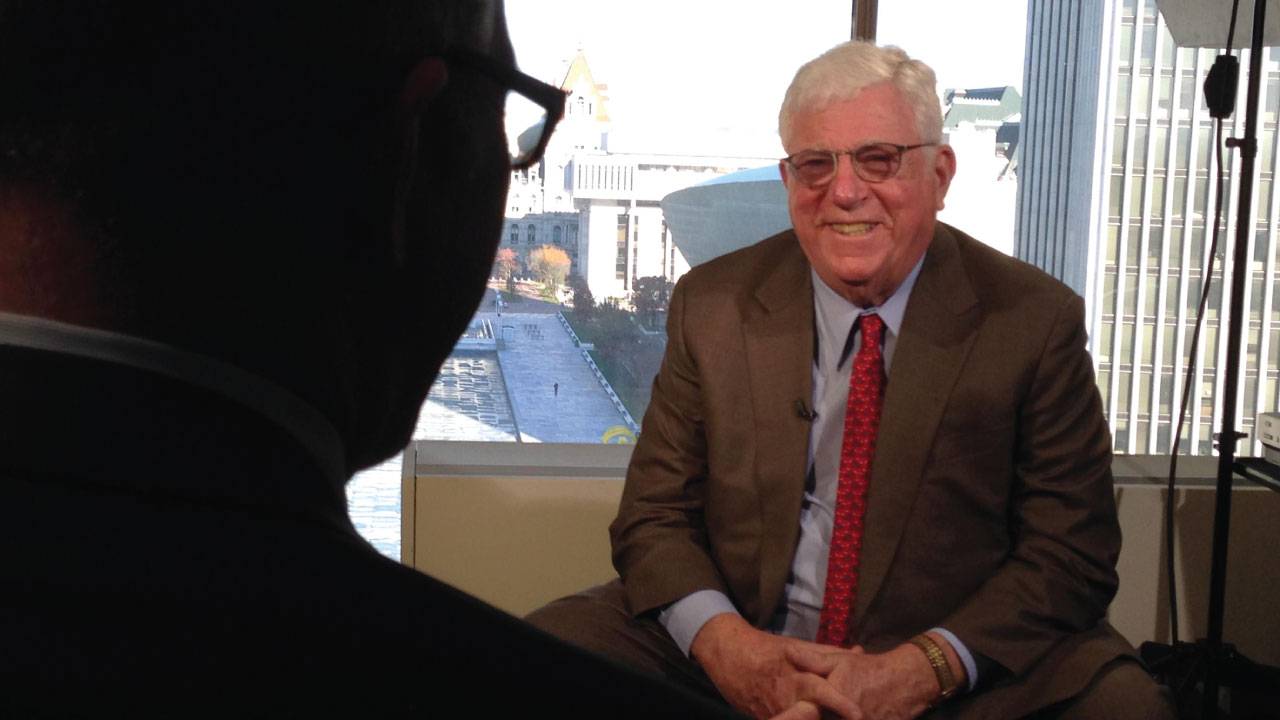