A key oversight board approved half of the amount Governor Cuomo had sought for a loan from a clean water fund to help pay for the construction of the Tappan Zee Bridge. But the meeting included accusations from a board member that Cuomo Administration officials are trying to hide bad news about future toll hikes on the bridge and the rest of the New York State Thruway.

Public Authorities Control Board member, Senator John DeFrancisco, cast the deciding vote to go ahead with the loan, reduced from around $500 million dollars to just over $250 million dollars.  But not before De Francisco, a Republican from Syracuse, and Chair of the Senate Finance Committee, expressed reservations and asked several pointed questions to Cuomo Administration officials. The Senator says he’s still unhappy that neither he, nor members of the public have received a complete financial plan for the building of the new Tappan Zee Bridge.

“I don’t want a plan to be named later and then the bridge is half way up,” DeFrancisco said. “And then under those circumstances we have to figure out where we’re going to get the additional money.”

Afterward, Senator DeFrancisco, who took credit for getting the loan cut in two until next year, says the lack of public information on the project is really about Governor Cuomo and his aides hiding the inevitable news that the new bridge will cause Thruway tolls to rise.

“Let me give you a clue,” the Senator said. “This is all about the Thruway Authority, and indirectly the governor, don’t want to be able to say what the actual increase in the bridge toll is going to be.”

Senator DeFrancisco says the plan, though is “obvious”.

“Borrow money and then pay for it out of tolls,” said DeFrancisco. “That’s the total plan.”

Thruway Authority executive director Tom Madison, who attended the meeting, denies that the loan was part of an effort  to put off announcing future toll hikes until after the fall elections.

Madison says he can guarantee that tolls on the Thruway or any of the bridges it controls will not increase in 2014, but he says that it’s “fair to say” there will be an increase in tolls at some point in the future.

The Thruway Authority director says the loan is really about protecting the Hudson River estuary.

“This is about extraordinary environmental protections unprecedented in many ways in New York and across the country,” said Madison. “We’re proud that this is the first time that federal clean water monies are being used on a highway bridge project, which the law allows for.”

Environmentalists object to the use of money from the clean water fund for the bridge construction project. They say the fund’s original intent is to help local governments keep up their water treatment plants and sewer systems. Peter Iwanowicz, with Environmental Advocates, says the environmental problems that the loan claims to fix will be caused by building the bridge in the first place. He says he does not consider it a partial victory that the loan request was ultimately cut in half.

“Gosh no,” Iwanowicz said. “It’s putting lipstick on a pig.”

Iwanowicz says it’s clear that the Cuomo Administration officials will seek the balance of the original half billion dollar loan request in the coming months.

The environmental groups are calling for an investigation of the board, by the state Authorities Budget Office. They say the vote violates the Public Authorities Reform Act, because the project was rushed through and there’s no way board members could have fully analyzed all the information before they acted.

“We don’t believe they followed the fiduciary responsibilities that they took an oath on,” Iwanowicz said.

There was also discussion at the meeting about whether the federal Environmental Protection Agency, which has expressed doubts about the use of the loan, has to approve the project. The attorney for the entity which administer the fund, said at the meeting that the EPA does have to OK the deal, but the Chair of the Environmental Facilities Corporation insists it does not. EFC Chair Matt Driscoll concedes, though  that the EPA could force the return of the loan after the fact, if federal officials determine the use of the clean water funds to go towards building a bridge is not appropriate. 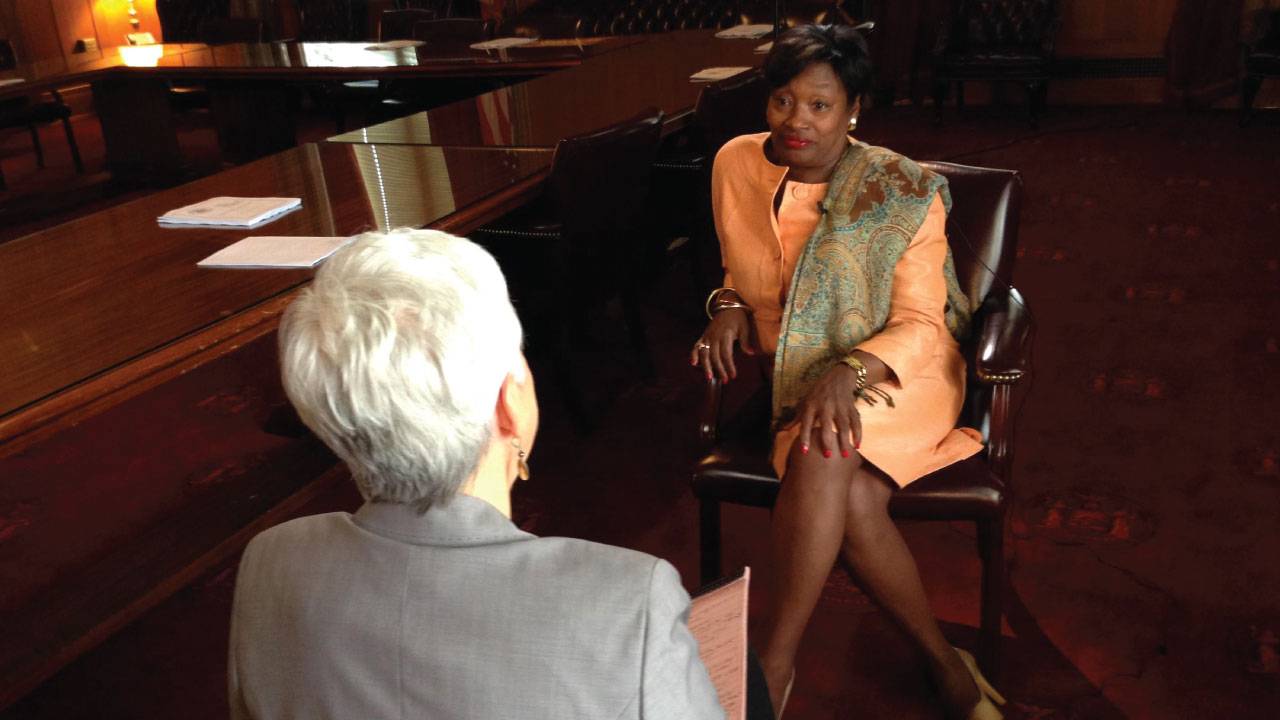 previous Post
Politics
Stewart-Cousins: We are not the dysfunctional Democrats of five years ago
by matt ryan
•
next Post
Economy
Governor talks end of session; Buys pasta sauce
by matt ryan
•