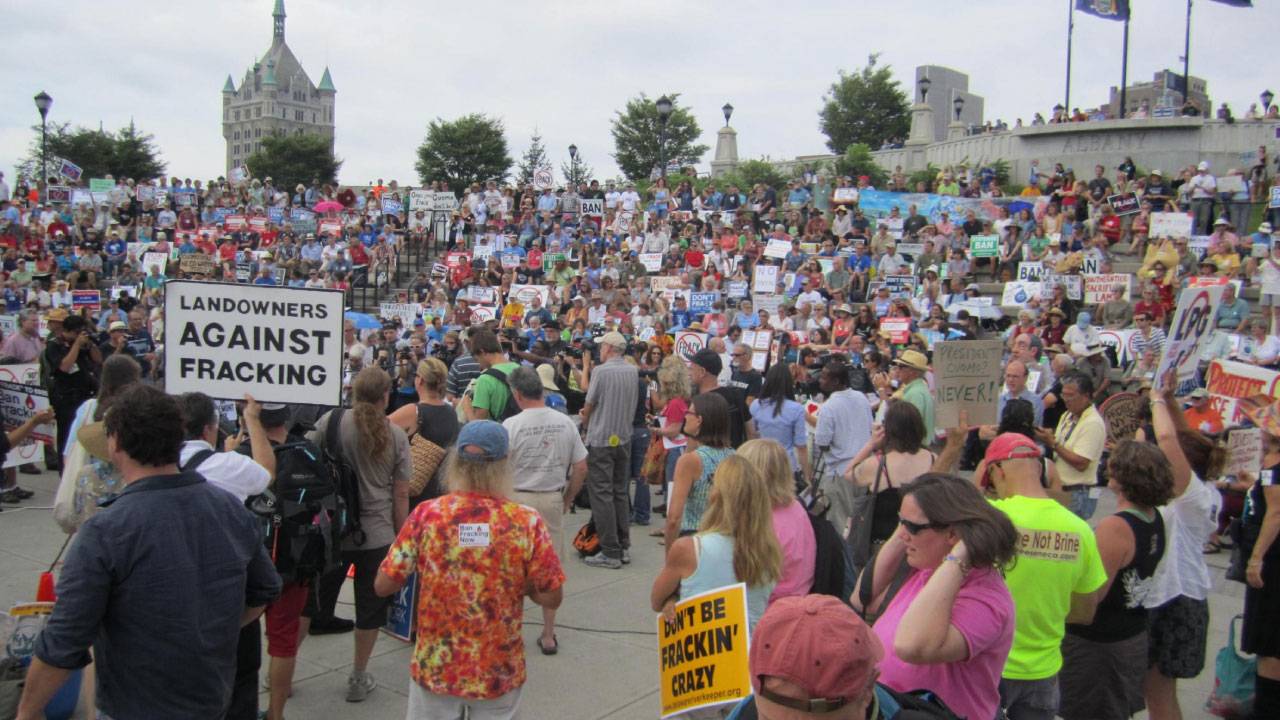 Anti fracking advocates rallied in Albany to try to convince Governor Andrew Cuomo to ban the natural gas drilling process in New York. Meanwhile, a State Senator says he believes any final decision will be once again delayed.

The advocates included actress Debra Winger, filmmaker Josh Fox and environmental leader Bill McKibben,  as well as activists from communities across New York’s Southern Tier.  They asked Governor Cuomo to tell his environmental officials not to go ahead with fracking  in New York.

Debra Winger appealed to the appearance conscious Cuomo’s sense of legacy, and asked him to rethink his plans, and “push the rest button”.

Author and activist Bill McKibben says the fracking decision represents what he calls another “gut check” moment for the governor. The first, he says, was successfully legalizing same sex marriage.

“This is his second gut check moment,” McKibben said. “Will he stand up to the richest industry on earth?”

State Senator Tony Avella, a Queens Democrat who has been a leading voice against fracking, entreated Cuomo to think of his own political future if he allows fracking.

“Governor Cuomo, if you allow hydrofracking in this state, you own it,” said Avella, who pointed to signs in the crowd referring to Cuomo‘s possible run for President.

“Governor if you want to run for president, having water contamination in New York, with some of the best water quality in the country, not a good thing,” Avella said.

Multiple news sources, including public radio, have reported that Cuomo was soon to permit fracking on a limited basis in communities that desire fracking. Cuomo himself had said early in the summer that the decision was coming “shortly” and that he would respect “home rule” in any possible plan, but lately, the governor has pulled back. Speaking in New York City, he said that the decision will be based on “science”, and that there is no “timetable”. The governor made similar remarks in Syracuse, at the State Fair.

Senator Avella sees the governor’s comments as a positive sign.

“It’s the grassroots effort that’s caused him to slow up again,” Avella said.

But he believes that, despite the rallies and protests  Cuomo will eventually approve fracking.