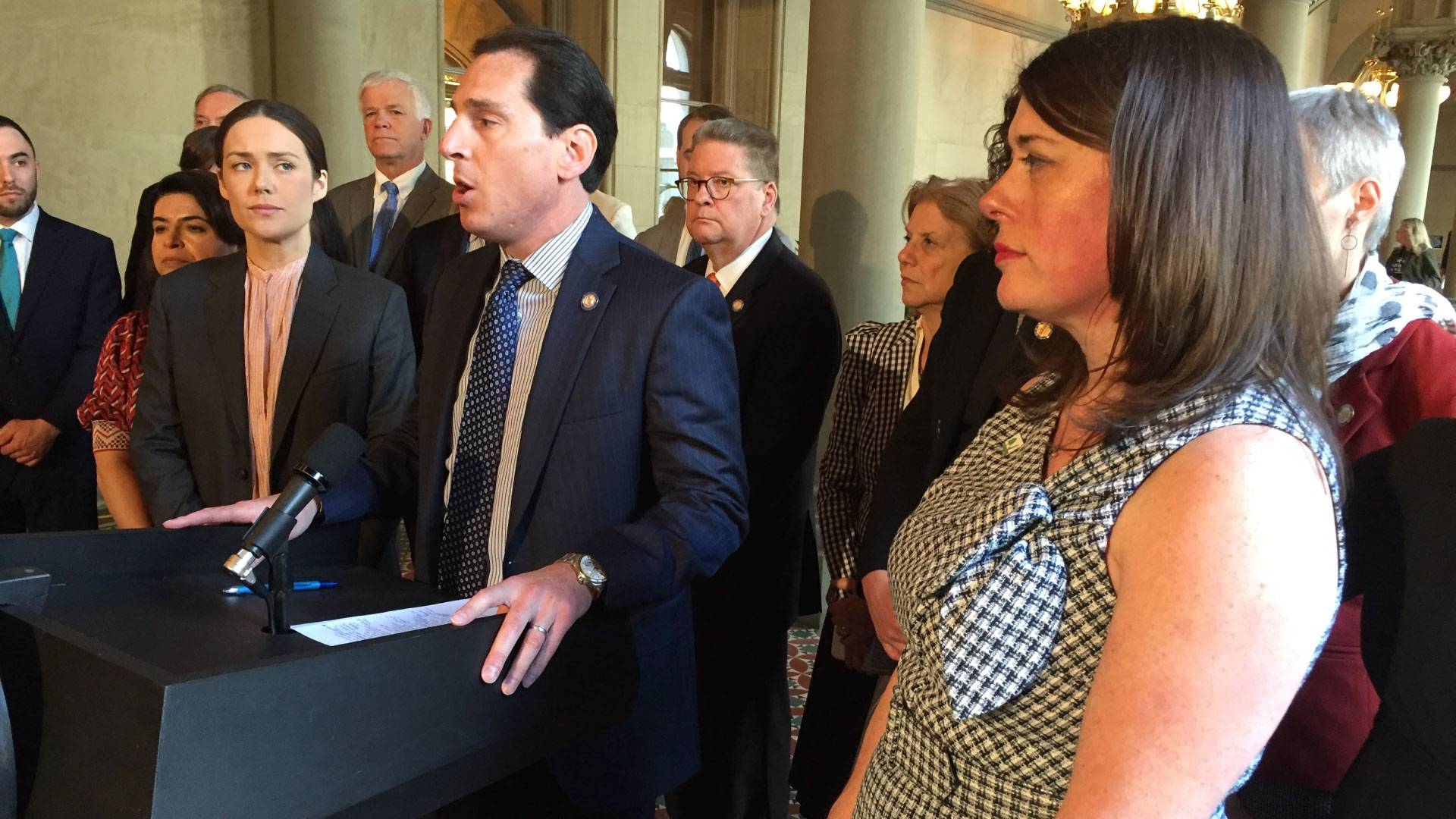 Lawmakers, environmental advocates, and actors urged action on climate change bills just days after Governor Cuomo expressed doubts any new legislation could get passed before the end of session.

The two environmental chairs were joined by representatives of the New York League of Conservation Voters and Audubon NY, among several different groups, as well as actors from two popular TV programs.

Megan Boone, from the NBC show "Blacklist," broke down when making her plea to the governor.

Cuomo said this week he does not expect the bill known as the Climate and Community Protection Act, sponsored by Long Island legislators Senator Todd Kaminsky and Assemblyman Steve Englebright, to be among the final items passed this month.  Kaminsky, at the press conference today, said all 39 Democrats support the bill.  It has been approved in the Assembly in each of the last three legislative sessions.