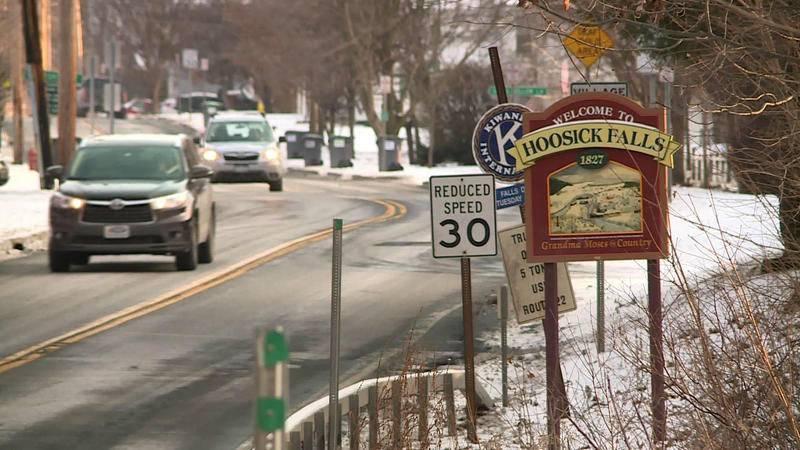 The assemblyman who represents Hoosick Falls, Steve McLaughlin is calling for a federal investigation after revelations that Gov. Andrew Cuomo’s administration knew about elevated levels of a toxin in the village’s water for a year and a half before residents were warned.

Cuomo and his administration have come increasingly under fire for reacting too slowly to toxin-laced water in the small eastern New York village. Politico New Yorkreported last week that documents obtained through the Freedom of Information Act show that the governor’s health commissioner and others knew for a full 18 months that the water was tainted with PFOA, a chemical linked to cancer. The documents also show that officials actively argued with EPA officials against warning the residents, saying they held a different “philosophy” from federal officials about how much of the toxin is actually dangerous to humans.

“For a year and a half, the Cuomo administration knew, and took affirmative steps to deny the public information that they needed for their health,” said McLaughlin, who called the acts “beyond egregious, and may be criminal.”

“That’s why I’ve asked the U.S. Attorneys to get involved,” he said.

The letter to Preet Bharara, U.S. Attorney for the Southern District of New York, and the Northern District’s Richard Hartunian, said Cuomo and his officials “actively covered up New York’s most serious public health crisis since Love Canal.”

“They absolutely had a moral and an ethical obligation to inform the public,” McLaughlin said. “Did he have a legal obligation? I don’t know, but I’d like the U.S. Attorney to take a look and find out.”

“That’s a whole political ‘he said, she said,’ ” Cuomo said. “I don’t know how the state could have been more aggressive.”

A spokesman for the health department, Jim Plastiras, says it was a staff person in the Department of Health's  Bureau of Water Supply Protection who knew about the possible water contamination and who was trying to help Rensselaer County " understand the EPA protocols regarding unregulated contaminant", not the commissioner.

Cuomo and his aides have taken steps in recent months. In January, they declared portions of the village a Superfund site.  After students at Hoosick Falls High School called a press conference demanding a new water source, Cuomo  allotted $10 million to distribute water filters and to seek a new water source for residents.

Villagers also were permitted to get their blood tested and analyzed at state labs. Results for about 2,000 people were mailed out beginning last Friday. That meant many got their test results on a Saturday, and had no way of contacting the health department or their doctor to understand the potential risks they face. An after-hours phone number provided in the letter led to a voice mail for a worker in the health department’s environmental bureau, with no other instruction other than to leave a message.

Health Department spokesman Plastiras contends that residents who received the letter on a Saturday could have gone to the health department’s three-times-a-week office hours at the village Armory from 10 a.m. to 2 p.m. Hours on Tuesdays and Thursdays are 2 to 8 p.m.

The governor’s health department has not provided a chart or graph showing what percentage of residents had high levels of PFOA in their blood, and only say that the results range from negligible to over 200 micrograms per liter. The average American has 2 micrograms per liter of PFOA in their blood, according to state health department officials. State health officials also have not released a map that could pinpoint where the worst water contamination may be. They say the department needs more time to study the data. Plastiras says other  maps have been released previously.

McLaughlin said he’s hearing from his constituents, and they’re frightened and worried. He said he’s talked to a grandmother who said the PFOA level in her blood was 266. She said levels in her 4- and 6-year-old grandchildren were 111 and 146.

McLaughlin said if a baby was born 18 months ago, it would have spent its entire life using the PFOA-laced water while Cuomo’s officials did not act.

“For a year and a half, it was ingesting and bathing in that contaminated water,” McLaughlin said.

Michael Hickey, a Hoosick Falls resident whose father died of a rare kidney cancer, has been active in drawing attention to the village’s water problem. He said people deserve to have some context, and know what the level of the toxin in their blood means, compared to the others who were tested.

“The water is one thing,” said Hickey. “But for it to be in somebody’s blood, or their children’s blood, that’s a whole new ballgame.”

Hickey said the Cuomo administration has gone out of its way to “downplay” the entire water crisis.

Hickey and McLaughlin said Cuomo’s health officials should have held a public forum, with experts available to provide context and answer residents’ questions. They say the health department office hours staffed with what McLaughlin says are “bureaucrats” is not adequate.

Some village residents have taken to social media. Posts include photos of people holding up their PFOA blood levels and asking for more answers.

Despite the controversy, there has so far been no public oversight of how the Hoosick Falls water crisis was handled. McLaughlin is a Republican and in the minority party in his house, and does not have the power to call hearings. But he’s asked Democratic Assembly Speaker Carl Heastie to do so.

Heastie initially said he would hold hearings in April, but has put them off. The speaker said he’s not ruling out hearings, but no date has been set.

“I never said there wasn’t a need for hearings,” said Heastie, who added his highest concern was that the people of Hoosick Falls have access to clean water, which he said is now occurring.

Heastie said he’s taking the new information that’s surfaced over the past few days into consideration, and would not offer an opinion on whether the Cuomo administration handled everything properly.