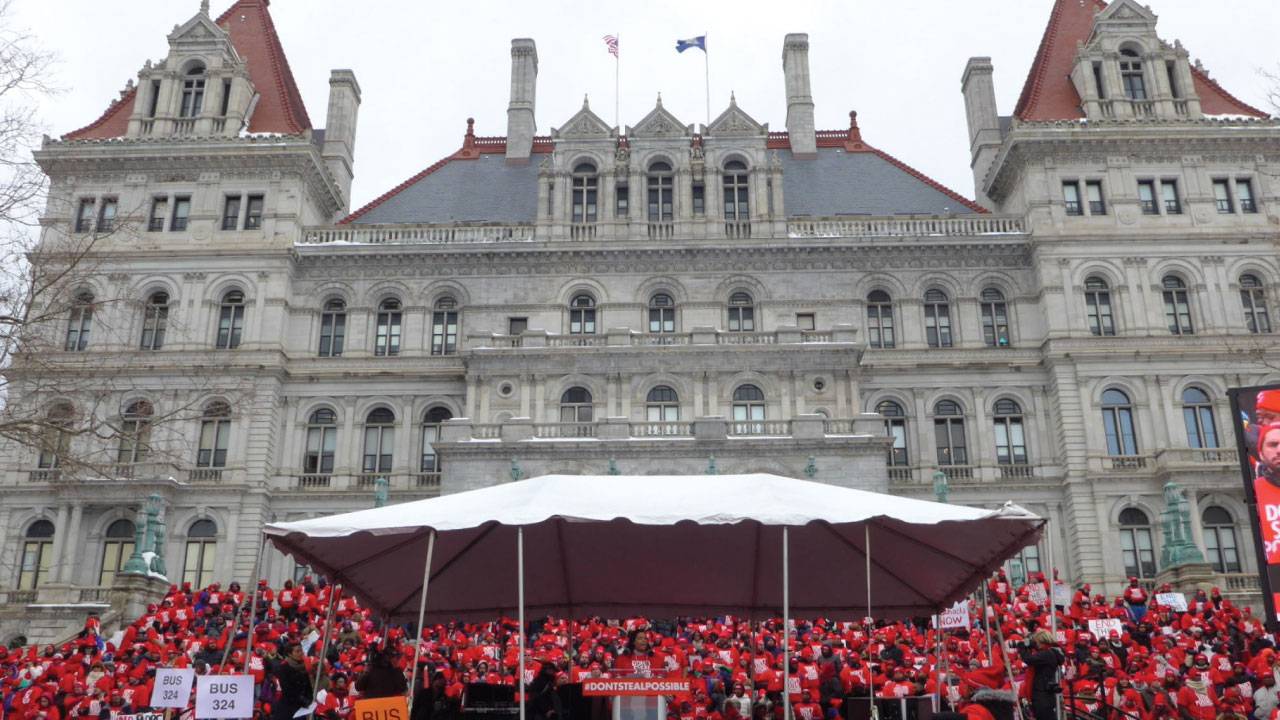 Thousands of charter school students on 450 buses, along with their parents and teachers, came to the Capitol for a rally that was billed by organizers as a school field trip.  They heard nearly two hours of speeches, watched dance performances, and saw celebrities like Grammy winning singer Ashanti.

“We have 109,000 kids trapped in failing schools through no fault of their own,” Hochul told the crowd. “I’m here to tell you it is time for change!”

“You have to put the kids into the mindset of learning and improving their lifestyle to get a better future,” she said.

Critics, including the teachers union, who oppose the creation of more charter schools, questioned on social media who paid for the rally, which included custom made red t shirts and hats for the children, lunches,  bus transportation, and celebrities including basketball star Lisa Leslie .  The rally was sponsored and paid for by Families for Excellent Schools, a group founded by Wall Street investment bankers and venture capitalists. Its executive director, Jeremiah Kittredge, declined to reveal to reporters how much the event cost, and whether Ashanti was paid for performing at the event.

Kittredge says the funding came from the group’s 501 c 3 charitable organizations, which does not have to publicly disclose donors.

Ashanti says she had a great school experience where she grew up on Long Island, and wants all children to have the same advantages.

“The kids are suffering the most,” Ashanti said. “We’re all here to raise awareness and let everyone know what’ s going on and try to do as much as we can and be as vocal as possible.”

Governor Cuomo was not at the rally. He spoke at the charter schools’ first Albany event in 2014.  Cuomo was in Rochester and Syracuse promoting a plan to raise the minimum wage.  The governor did not mention charter schools, but Cuomo took a shot at teachers and their unions, who he’s been at odds with over school policy, saying the teacher’s fight is not about education.

“It’s about the students, and somebody has to stand up for the students against the teachers union when their interests hurts the students,” Cuomo said.

A group of retired teachers from Syracuse said they were barred from the governor’s event. They complained outside.

According to the governor’s office, the event was by invitation only, but space was made available for protesters outside.