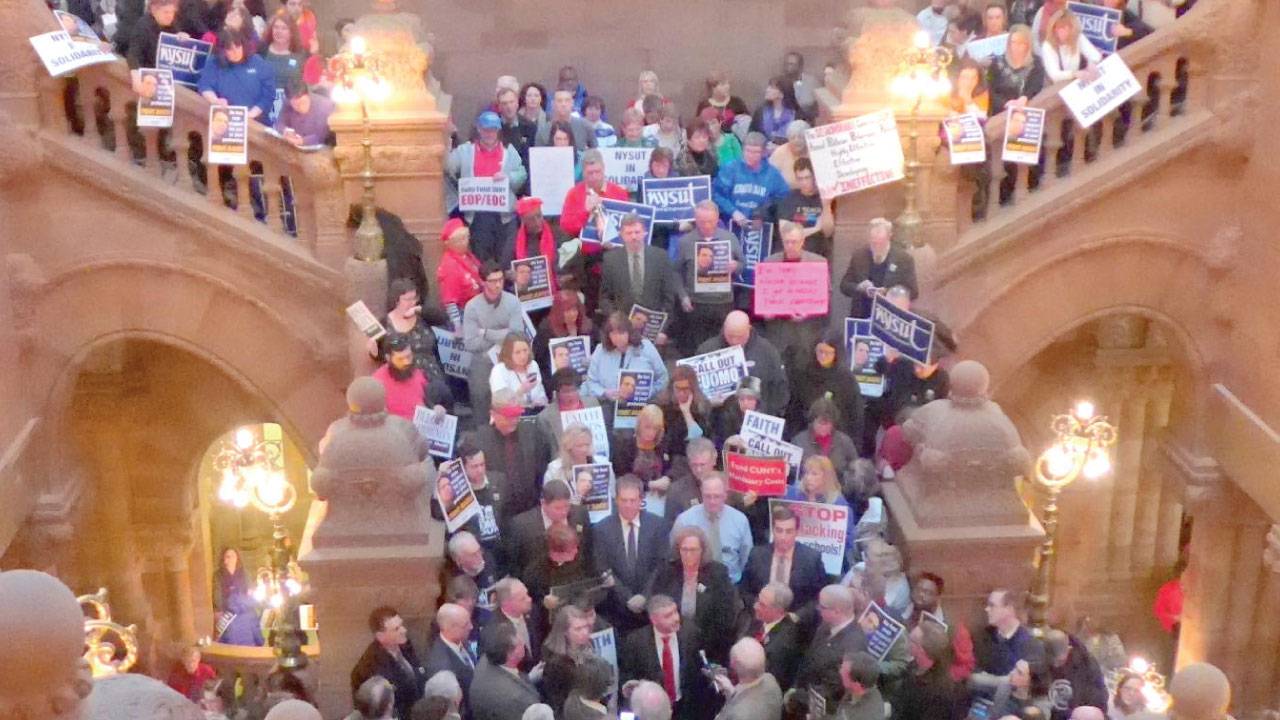 Governor Cuomo and the state legislature approved some significant changes to the state’s education system and how teachers are evaluated going forward. But, before all that can be implemented, the new system faces a big test, literally, later this month.

The new state budget includes big changes for teacher performance reviews, which will be redesigned by schools and the state education department to rely more heavily on standardized tests.

But the teachers union, New York State United Teachers, is trying to throw a wrench into the new process, by actively urging parents to opt their children out of the exams. The third through eighth grade math and English tests will be administered in mid April.

“Statistically, if you take out enough, it has no merit or value what so ever,” Magee said.

The New York State School Board’s Association’s Tim Kremer agrees that if the teachers’ union is successful, it will greatly disrupt the new plan for teacher evaluations.

“If they can invalidate these tests because not enough kids have taken them, then how can you evaluate a teacher,  because the foundation of  that annual professional performance review has now been taken away,” Kremer said.

He credits the union with a “brilliant strategy.” The teachers have been battling with Governor Cuomo. But he says it could have negative consequences beyond the teacher performance reviews.

“I’m very much concerned that kids and parents will get the impression that all of these tests are kind of optional,” Kremer said.  He says if students starting viewing the high school Regents exams as optional, for instance,  then it could “chip away at the foundation of the educational delivery system.”

Kremer says if even a small percentage of children, 5%, boycott the English and math exams, then schools could risk federal sanctions or funding penalties.

Two thirds of the students have not performed adequately on the tests, according to the state education department’s scoring system, during the first two years of the exams. But currently school children are not penalized for their scores on the tests. Cuomo and the legislature agreed to a four year waiver of the exams’ effects on students, though not on teachers.

Overall, school boards are pleased with many of the education changes. Kremer says it will now be easier to take steps to get rid of bad teachers. He says under the new rules, if teachers receive two years of poor reviews, then a school can take steps to fire the teacher. If the teacher gets a bad review for three years in a row, even if they have tenure, then the school district is required to begin a termination process.

“It puts some teeth into the annual performance review,” he said.

But he says the new rules will weed out poorly performing teachers, it will also help to nurture and retain new teachers, who may be struggling with whether they want to remain in the profession.

The teachers union objects to the plan, saying it “guts collective bargaining.”

After the April exams are finished, the next step will be for the State Education Department and Board of Regents to design new teacher performance systems that individual districts will then work to adopt by November. If the schools fail to comply, then school aid increases that they will begin receiving in a couple of months will be halted.