With the 2014/15 legislative session coming to a close, state lawmakers, who’ve been ‘distracted’ by corruption scandals, still have some major pieces of legislation to tend to.

On that docket are the state’s rent control laws. They mostly affect New Yorkers in the 5 boroughs and nearby counties but the decision to renew, alter or even repeal them is a point of contention in Albany.

Or as Harlem Assemblyman Keith Wright put it, for too many of New York’s middle and working class families, ‘ain’t nothing going on but the rent.’

Flatbush resident Windsome Pendergrass says she’s not sure how much longer she can hang on in the neighborhood she calls home.

“We really need the legislators to do something for us. All the tenants of New York, we’re feeling it, we’re really feeling it.”

Here in the Flatbush section of Brooklyn, this long time Caribbean neighborhood is the next that’s set to pop or gentrify, depending on who you ask. Longtime residents like Windsome Pendegrass are concerned that if the state’s rent stabilization laws aren’t strengthened, they might weaken the fabric of this vibrant community.

“We need the laws to be equal but on our side because we cannot live at the bus stop, we can’t live under a tree. Come on, we have families. A lot of us are taking care of families in America and back home in the Caribbean. So it takes a lot. You just keep running from one job to the next, if you can find the next job. How can you split yourself in so many atoms to take care of your basic needs.”

Pendergrass shares her 2 bedroom apartment with her teenaged daughter and sister. When she moved in 5 years ago, it was proximity to subways, cultural centers and commerce drew her to the building but it was the affordable rent, of nearly 13-hundred dollars a month that sealed it.

Pendergrass’ apartment is rent stabilized, meaning her lease is renewed every 2 years, with an increase set by the city’s Rent Guidelines Board. However, the law also allows her land lord to add additional rent increases through surcharges and improvement fees.

Pendergrass’ rent now stands at just over 18-hundred dollars a month. And she recently she received a letter telling her, work done on the building’s roof will incur a charge of $14.75 to every tenant in the building, for each room in their apartment. For Pendergrass this adds on nearly 75-dollars more a month, permanently.

The Metropolitan Council on Housing is hoping to eliminate loop holes like that one that drive up tenants rent. Met Council Executive Director Ava Farkas, says changes are needed now.

“If we’re gonna fight for New Yorkers they we’re gonna need to strengthen the rent laws and that means the repeal of vacancy decontrol and the repeal of a lot of the loop holes that have allowed land lords to increase the rent at a rapid rate to get it up to the 25-hundred dollar threshold where they can deregulate it.”

Deregulation is what social activists and community organizers like Farkas, say is the biggest threat to New York’s working and middle class. Once an apartment’s rent reaches 25-hundred a month it’s no longer subject to government guidelines. Currently, New York City has almost 1 million rent controlled and rent stabilized units, that house more than 2-million residents. If an apartment is deregulated, it can be flipped for market rate or, whatever New York City’s increasingly competitive real estate market, will tolerate. Farkas says pricing out middle and working class and even poor New Yorkers will grind the city to a halt.

“I think it’s bad for New York to be a city that’s just an enclave for the wealthy. The city runs and depends on all types of people doing all types of jobs, right, so the city’s not going to function if there’s no one to do service work or people who are teachers or people who are fire fighters and even police officers. I mean these apartments are becoming unaffordable to all sorts of people who do all sorts of work to make the city run and that make the city what it is and our city is also a cultural destination and a place for artists and the people who make New York City what it is and make the city great can no longer afford to live in the city and that’s just unacceptable.”

The Metropolitan Council on Housing, is calling the 2015 renewal, ‘Year of the Tenant.’ Farkas says they’ve come up with a list of 10 tenant protections they’re going to push state lawmakers to include in the renewed rent regulations law.

“When you have government mandated expenses like property taxes and water and sewer rates that have gone through the ceiling in the last 10 years, that now eat up anywhere from 30 – 40-percent of every rent dollar an owner takes in, then it doesn’t leave much left to pay off your mortgage, to make repairs, to invest in the capital improvement in your building. So every owner’s main concern is the financial viability of their building.”

The RSA represents a wide range of New York City property owners, like Glenwood Management, The real estate firm implicated in the corruption scandals of both, former Assembly Speaker Sheldon Silver and former Senate Majority Leader Dean Skelos. Ricci says most people don’t realize the majority of his members, are small building owners, responsible for 50 apartments or less, and they’re struggling too.

“The same elected officials who are complaining that rents are going up and there’s pressure on tenants to move out are the actual people who are driving the rents up and creating this whole problem between owners and tenants.”

Ironically, the state’s property tax cap, which doesn’t expire until 2016, is linked to the state’s rent regulations that expire this June 15th. Newly elected Senate Majority Leader John Flanagan is pushing to make the tax cap permanent and de-couple it from the rent laws. A move Ricci says would actually help solve the city’s housing crisis.

Meanwhile, Windsome Pendegrass is hoping state lawmakers, particularly democrats who represent gentrifying neighborhoods like hers, will act on behalf of the people who elected them.

Assembly Democrats, led by newly elected speaker Carl Heastie, introduced their own legislation to strengthen the rent laws on behalf of tenants and vow to fight to include them in the renewed law.

Tenants’ advocates are also pushing to overhaul the state’s tax abatement program, known as 421A. The measure has given developers a tax break for building new housing in New York City. Advocates and Mayor Bill De Blasio want to add a requirement that for developers to receive the tax benefit, 25% of all new units built in New York are set aside for affordable housing. 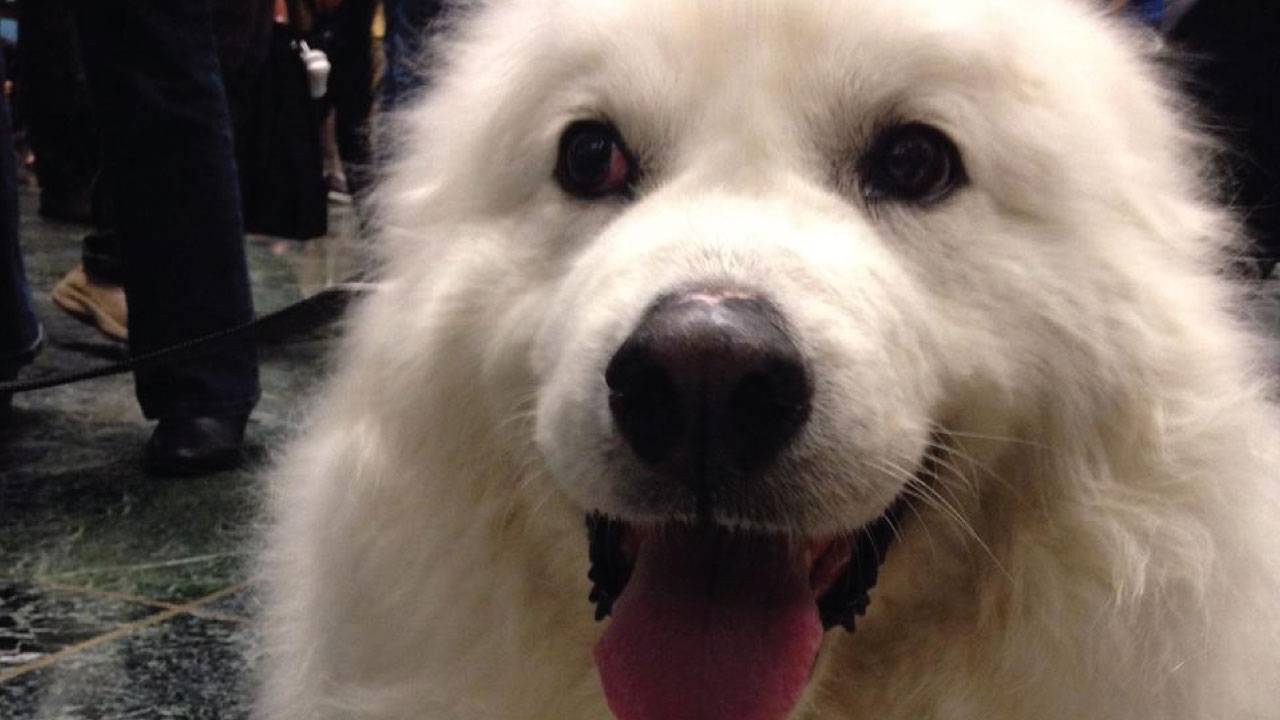 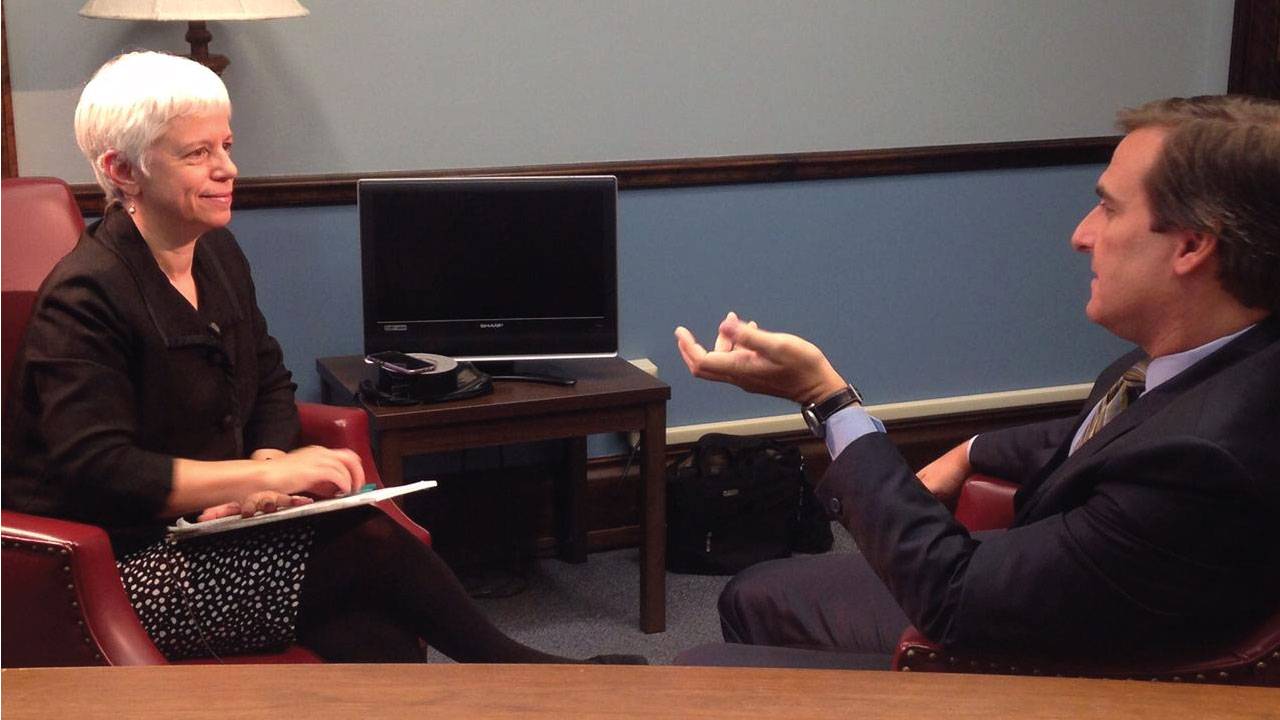