The ride sharing service Uber, which already operates in New York City, is making a big push to move into upstate and Long Island. But that would require state lawmakers to take action.

Uber officials, armed with a study that says 13,000 new jobs could be created if Uber is allowed in all of New York, came to the State Capitol to make their case. They

have started an on line petition and ad campaign, to help convince the state legislature to pass laws to allow the service to operate .

Uber general manager Josh Mohrer says the need is there, he says 350,000 upstaters and Long Islanders have already downloaded the company’s app, even though they can’t get the service where they live. He says New York State, which is struggling to create an economic resurgence, is falling behind other parts of the country.

“To illustrate this point, every city which hosts an NFL team also has Uber, except Buffalo,” Mohrer said.

Uber company officials were surrounded by local state legislators, and the head of the state’s Business Council, and the county sheriff, Craig Apple who made the case that Uber could help cut down on drunken driving, especially among younger New Yorkers.

“Otherwise there may have been a chance for them taking those couple of drinks, driving home, taking their lives or risking the life of somebody else,” said Apple , who said it will provide a safe and “inexpensive” alternative mode of transportation to get home.

Uber says elderly people who have trouble driving could also benefit. They may not want to fuss with an app, but their children or other younger relatives or friends can arrange rides for them, pay for the service and then track the progress of the car.

Most of the 13,000 estimated jobs would be part time, averaging around $6000 per driver, but Uber officials say they attract many part time workers who may already have other jobs and are looking for extra income.

They argue it would not be taking jobs away from anyone, but filling a void.

Vic Christopher, who has rehabilitated old buildings in downtown Troy and now runs two trendy restaurants, says when people get off at the upscale train station nearby, they are confronted with what he says is a down scale cab service.

“ I’ve traveled cabs in Mexico City and third world countries,” Christopher said. “And I can tell you that they have more integrity than the cab system at the Albany Rensselaer train station.”

Under the current rules in New York, a taxi type service must negotiate with each individual municipality to offer ride services. Uber says that’s practically impossible and are seeking one state law that allows them to operate everywhere in the state. Uber drivers own their own vehicles and operate independently, giving 25% of the fares they collect to the company, which manages the payments through it’s central app.

But Uber DOES need a change in state insurance laws so that drivers are covered under a policy that they say would insure each driver for up to a million dollars in damages in the case of an accident. They also need a law that facilitates third party background checks on Uber drivers.

Upstate lawmakers at the press conference were generally supportive, though Albany Assemblywoman Patricia Fahy says she wants to make sure that any legislation has a provision to serve disabled passengers, who might need special vehicles.

“You have to make sure they don’t get left behind,” Fahy said. “There are issues.”

Uber has had conflicts with the New York City Mayor Bill deBlasio, who sought legislation to curb the company’s growth, as well as tensions with the City’s powerful taxi and limousine industries. New rules that would apply to the entire state, including New York City, could be an end run around any possible restrictions in New York City. Uber’s general manager Josh Morher denies that that is the company’s real agenda.

Uber is likely to have support from Governor Andrew Cuomo, who has said he backs a statewide law that regulates Uber and other new ride sharing companies, like Lyft. 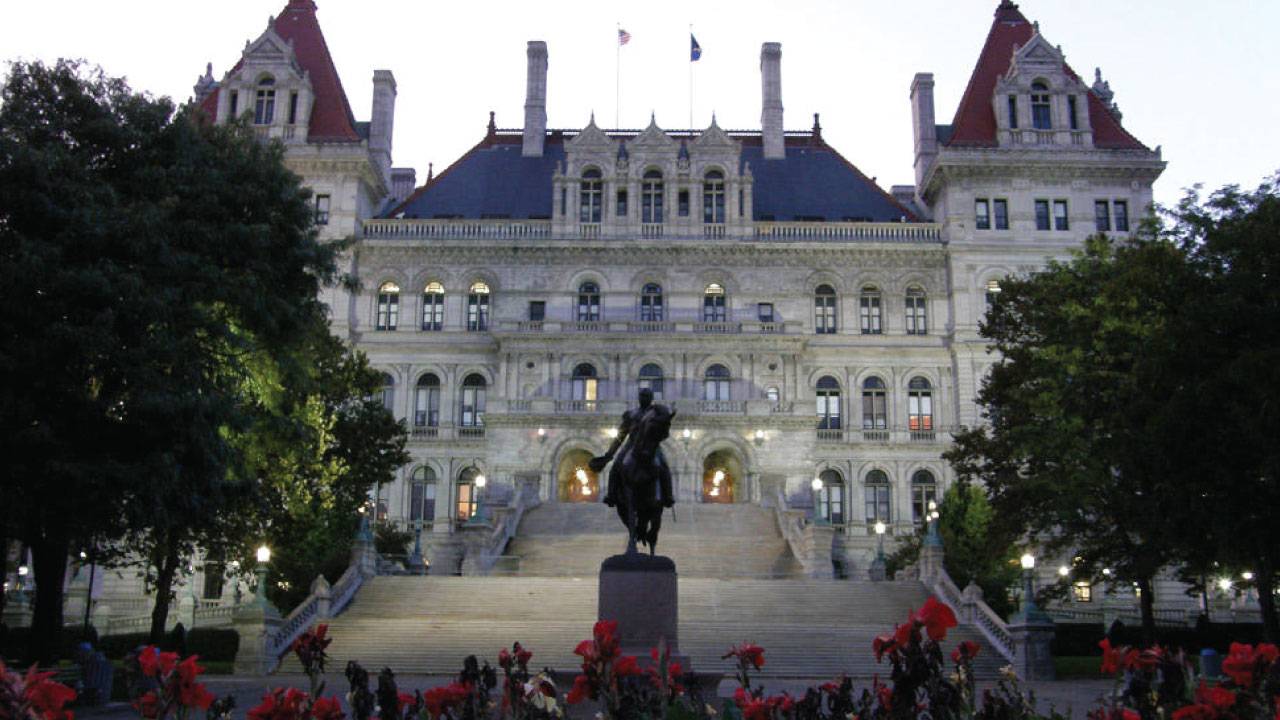