Both houses of the legislature are making changes to Governor Cuomo’s tax freeze plan in their budget proposals. And now, small business groups are speaking out, saying the proposal favors some homeowners, at their expense.

The State Assembly’s budget replaces Cuomo’s plan to distribute widespread rebate checks to homeowners with an alternative to benefit New Yorkers who can least afford to pay their property taxes. The Senate is also making changes, even though Republicans in the majority say they still want to reduce property taxes.

Now, even the fiscally conservative small business lobby, the National Federation of Independent Business, has joined progressive groups, unions and local government leaders, and come out against the plan. The group’s Mike Durant says the proposal just shifts the tax burden from some homeowners to businesses, who would not be receiving rebates under the plan.

“In many communities, it could be a net negative for the small business owner,” Durant said.

Under Cuomo’s plan, local governments and school districts would be allowed to increase spending up to the current tax cap limit, 2% a year. The state would subsidize the difference, and also return rebate checks to homeowners in October, just weeks before Election Day. Durant says small businesses, and others won’t be fooled by the timing of the checks.

“New Yorkers have seen this time and time again and we get pretty smart to that game,” Durant said.

Durant says the best way to reduce costs for schools and local governments, and reduce property taxes, is to get rid of mandates on governing health care, pensions, and limits on construction contracts.

Brian Sampson, with the pro business group Unshackle Upstate, agrees that mandate relief, which often involves union give backs, is the only way to cut property taxes for the long term. Sampson says without mandate relief, “the core cost drivers are still there in perpetuity”.

A spokesman for the governor counters that Cuomo has a number of items in his budget aimed at helping businesses, including a cut in corporate taxes and elimination of upstate manufacturing, as well as recent reductions in the personal income tax for businesses making under a million dollars a year.

And spokesman Rich Azzopardi says Cuomo has already created a new pension tier for retired workers with reduced benefits, and taken over the costs for the growth of Medicaid.

The governor, in a statement, warns the legislature against ignoring his tax freeze plan. “I understand the pressure from local officials who want a ‘business as usual’ approach, but I also understand the crushing burden of these property taxes on homeowners across New York,” Cuomo said.

And the governor calls the Assembly plan to impose a circuit breaker property tax relief proposal a short sighted “bandage.” 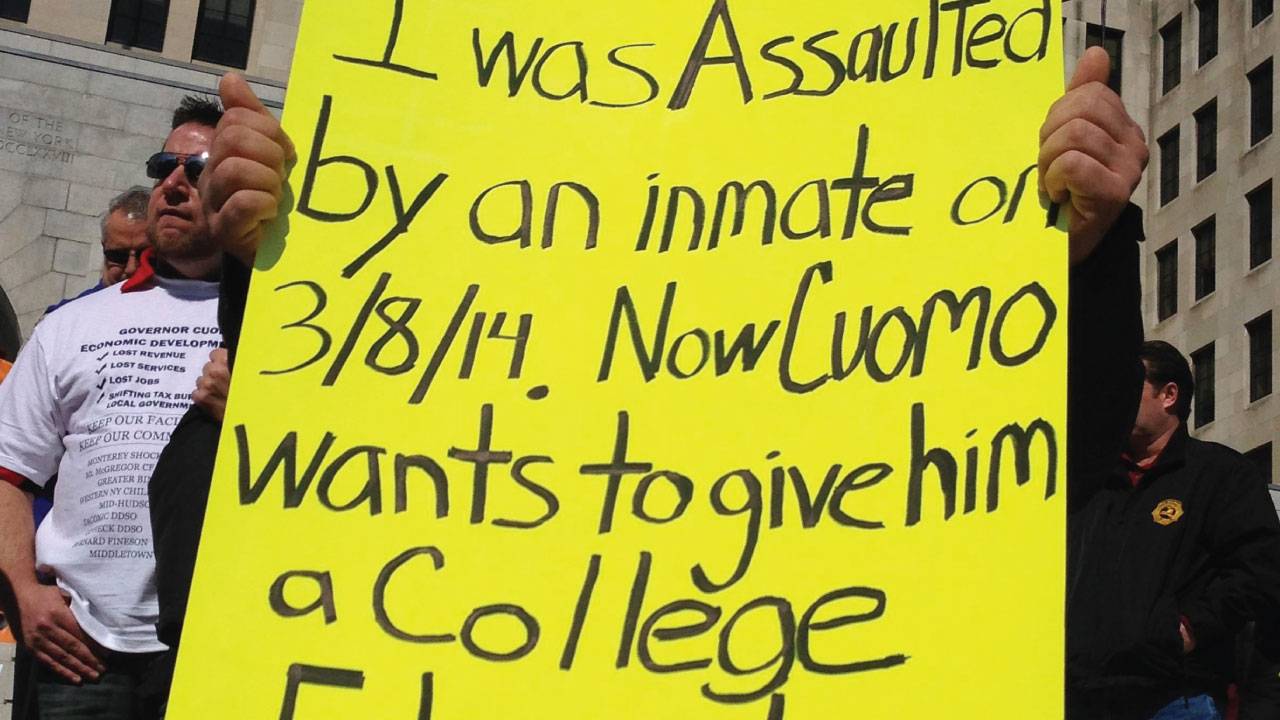